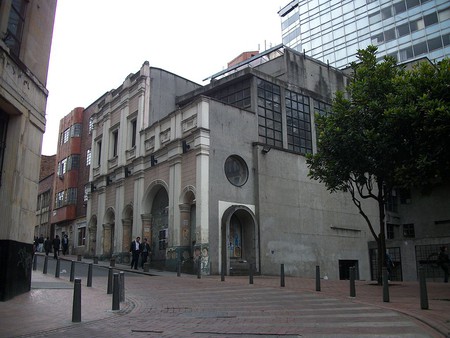 Espacio Odeón is a unique and well established visual arts center located in Bogota’s downtown La Candelaria neighborhood. Opened in 2011, Espacio Odeón has quickly become one of Bogota’s most well known event venues and galleries. The city’s art culture is growing in popularity thanks to the country’s investment in the sector, which has attracted many collectors from all over the world who visit the city to discover new artists, which Espacio Odeón helps to promote.

The building in which Espacio Odeón is located is one of the city’s old and unique buildings and has been a cultural project and space for art for over 60 years. The building was inaugurated at the end of the 1930s as Cinema Odeón, which was the first cinema in Colombia. The cinema was popular with locals and was open until 1948 when it was damaged in the April 9 riots (a political revolt).

Espacio Odeón is currently a place to probate and disseminate both visual and performing arts, and houses the work of local and international artists. The contemporary culture center has an international projection and a mission to promote reflection of the history of the arts, as well as promote an appreciation for current art. The center aims to strengthen the contemporary art scene and has up to now represented over 40 individual artists in a number of ways. Not only is the center aiming to promote art, it also strives to preserve the historical and cultural legacy of the city, as well as contribute to the revitalisation of Bogota’s downtown district by preserving the colonial architecture of La Candelaria. 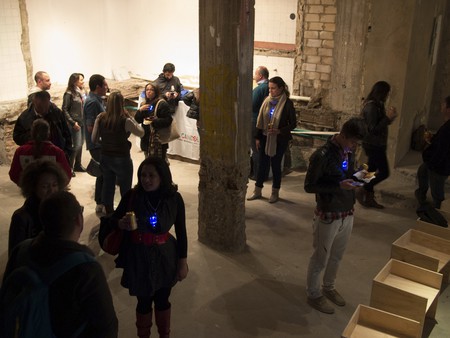 The Espacio Odeón holds a number of different events and exhibitions throughout the year. While the center doesn’t advertise many events far in advance, they are always holding new fixtures which can be found in the programme section of their website. The center also offers a place called The Study, which is an area open to the public Monday to Friday between 10AM and 5PM that offers a large number of books, magazines, catalogs and performing arts information.

Each year in October, Espacio Odeón holds an alternative art fair which attracts over 17 galleries from all over Latin America. The fair takes place over four days every October during Bogota’s art week. The mission of the fair is to promote and create a platform for contemporary artists to showcase their work.

Espacio Odeón is located on Carrera 5 with Calle 12c in Bogota’s historic center, La Candelaria. The center is open Monday to Friday between 10AM and 5PM (unless an event is being held) and can be reached by calling +57 1 743 7064. More information about current events can be found on their website.