A Brief Introduction to Bogota's Punk Scene in 7 Songs 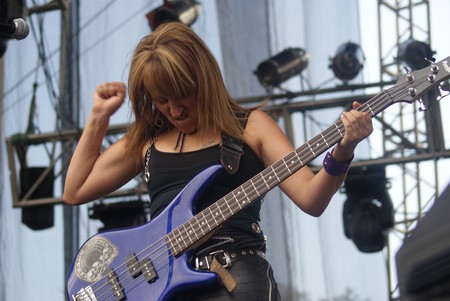 Punk is popular because of its good time culture, real-life themed music, and lack of rules, and the punk scene in Colombia is no different, most likely because of the country’s past suffering—as said by I.R.A, “the hearts of the youth who are living with unemployment, violence and intolerance.” Discover Bogota‘s punk scene in these seven bands and songs.

Los Suziox (The Dirty) is derived from a working class background, which comes out in “La Perfeccion,” one of the band’s biggest hits, about the power of inequality through catchy lyrics and melody.

I.R.A has produced a variety of EPs, albums, and complications that are increasingly popular in Colombia, Ecuador, Peru, Japan, Spain, Germany, and the USA over the course of more than 30 years and has performed at over 300 international concerts. The band’s music has been heavily influenced by life in Colombia, and “Vivir Para Esto” (“Living for This”), one of its most popular songs, has been viewed over 500,000 times on YouTube.

Fértil Miseria, a hardcore punk band predominately made up of women and led by Viki Castro, formed in Medellín over 20 years ago. It was influenced by a passionate anger over the injustice within Colombia and writes about displacement and corruption within the country with hit songs like “Visiones de la Muerte” (“Visions of Death”). The band has worked with social communities and people directly affected by the country’s previous violence.

Los Sordos Rock and Roll formed in 2008 under vocalist Augusto Mora and aims to tell the stories of living in the streets, neighborhoods, and cities.

GP, a punk band from Medellín has highlighted and criticized daily social inequality, political, religion, military in Colombia for over 30 years. The band has participated in various concerts, venues, events and anti-war relief funds, and “A Su Salud,” released in November 2015, has achieved success throughout the country.

Desadaptados is a unique, long-running punk band from Medellín, centers around a performing artist who dresses in a clown costume and protests injustice throughout the country. The 2009 hit song “Traumatico” has over 30,000 views on YouTube.

Eskoria, a socially conscious punk band, features Vladimir Castillo on drums and vocals, Roberto Medina on guitar and vocals, and Leonardo Parra on bass. The band has played at national and international events since forming in 1993 and produced a large number of hits within three albums. “Somos lo que Somos” is one of their most popular songs.