A Brief History of Barranquilla Carnival 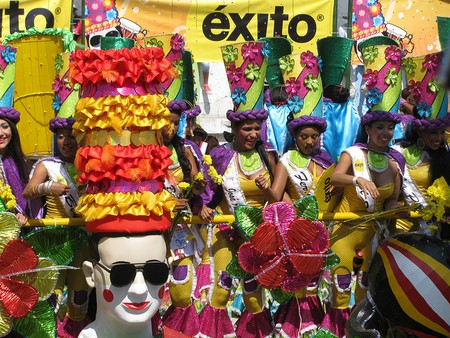 Each year Barranquilla, a port city on Colombia’s Caribbean coast, is taken over by tourists and locals all keen to do one thing – celebrate the self-proclaimed second biggest carnival in the world (after Rio). This four day festival of color, parades, street parties and costumes takes place every year four days prior to Ash Wednesday.

The Barranquilla Carnival has been adding light and culture to Barranquilla for centuries. This four day festival kicks off with a gigantic parade called La Batalla de Flores (The Battle of Flowers). A six hour parade, it’s the biggest in the carnival and sees the Carnival King and Queen crowned amid floats, costumes and cumbia dancing. The Grand Parada (Grand Parade) takes place on the second day, featuring a dizzying array of salsa, cumbia and folk music. While the third day is a little more relaxed with street parties and general celebrations, the fourth and final day of the sees the Death of Joselito – a mythical character symbolizing the end of the event. This is essentially two parades – one with weeping performers wearing black or white and mourning the death of Joselito, while others represent the joy of a great party. 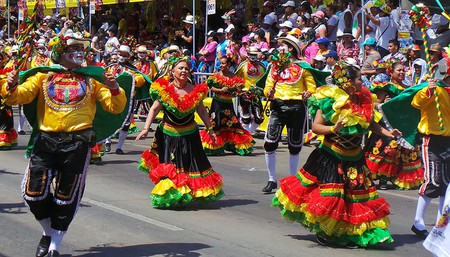 While the carnival’s origins are unknown, there are two main theories about its beginnings – the most popular being that it is the welcoming of spring, a celebration of birth and renewal. The other is that it originates from a combination of pagan ceremonies, catholic beliefs and ethnic diversity. The carnival is predominately a mix of European, African and Indian traditions, rooted in music and dancing. It is said that the event has been running for more than three centuries and was once a time of holiday for the city’s African slave communities.

The indigenous and Afro-Colombian communities saw the event as a chance to showcase their European or African culture, beliefs and traditions by portraying them through the carnival atmosphere. The first notable date in the carnival’s history is the coronation of the first Carnival King or King Momo in 1888, and in 1899 the first Carnival President was appointed. During the 1900s, many carnival traditions were established such as the first Battle of Flowers in 1903 and the first Carnival Queen appointment in 1918. The Great Parade was introduced in 1967, while the orchestra and music competitions were added in 1969. In 2002, the carnival was declared a National Cultural Heritage event, preserving the culture and traditions of the city. 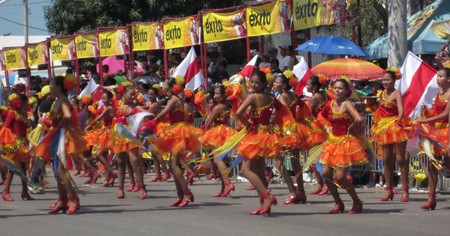