7 Photographers From Cartagena to Check Out 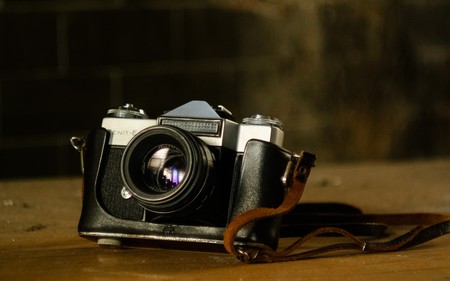 Cartagena is one of the most photographed cities in the Americas: professional and amateur photographers from all over the world flock to the “Jewel of the Indies” to capture its bright colors, stunning sunsets and rich cultural heritage. But Cartagena itself has produced some remarkable photographers: here are seven of the best from the city to check out.

One of Colombia’s most decorated and accomplished photographers, Nereo López was born in Cartagena in 1920, and lived to the age of 94. He was a member of the influential “Barranquilla Group” of artists and intellectuals who also counted Gabriel Garcia Marquez among their number. He was inspired in his youth by photojournalism in magazines such as Look and Life, but decided to document the daily hardships and struggles of his own countrymen instead, travelling to isolated regions of Colombia to cast light on the everyday lives of rural Colombians. López was a pioneer among Colombian photographers and is still widely celebrated in his homeland.

Inspired by visits to the walled city of Cartagena with his father as a young boy, Acero’s photography is highly experimental and relies on his own unique interpretations of color. Known for playing with the coloration of his own images of Cartagena, he took up photography in 2008 following his father’s death, and has since published his own book of photography – Un paseo histórico por Cartagena de Indias – featuring over 120 of his beautiful images of the city.

This young photographer from Cartagena has been awarded international photography prizes for his work and is seen as one of Colombia’s finest contemporary photographers by many of his peers. Known for his evocative and powerful images of disenfranchised people from Colombia’s indigenous, mestizo and Afrodescendent communities, his most celebrated work is an image of a Wayuu indigenous girl from Colombia’s Guajira coastal desert. Saavedra’s photography series Las hijas del Huitaca won acclaim from National Geographic and was exhibited in Washington and Cartagena. 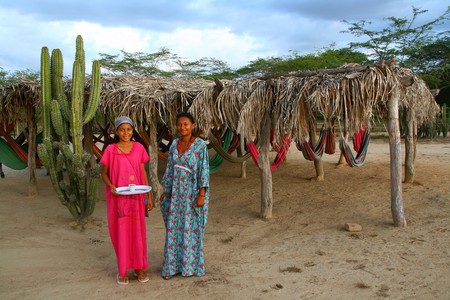 Saia Vergara Jaime is a photographer on a mission to document the changing face of Cartagena in the wake of gentrification and the so-called “recuperation” of public spaces. She focuses her camera on vagrants, homeless people, street-sellers and the displaced in order to capture her concept of the violent, dehumanizing nature of these urban developments. Her two exhibitions have largely focused on street-sellers and their struggles to work and survive in a changing urban landscape.

Once named one of the 200 most significant people in the history of Cartagena, Álvaro Delgado Vélez’s images adorn the walls of many of the city’s hotels, homes and foundations. Vélez adored the city and left behind thousands of images of it when he passed away in 2015. One of his more well-known photographic projects were his numerous images of so-called “popular” beauty pageants in Cartagena’s poorest neighborhoods, and he was the official photographer of Cartagena’s Independence Day celebrations every November.

Although he was born in Villavicencio in the Colombia’s eastern plains, Herrán and his family moved to Cartagena when he was a young boy, where he photographed his adopted hometown until his death in 2007. After using his brother’s camera to capture the scene of a car accident near his childhood home – a photo then published in El Universal newspaper – Herrán went on to grace the paper’s cover dozens of times. His images ranged from powerful vignettes of daily life in Cartagena to shots of global icons such as Yaser Arafat and Fidel Castro and, while never achieving national fame, he remains celebrated in the city he called home for much of his life.

The son of the aforementioned esteemed photographer Álvaro Delgado Vélez, Álvaro Delgado has carried on his father’s photographic legacy with one of the city’s most well-respected wedding photography services. Wedding photography is big business in picturesque Cartagena, and Delgado has inherited his father’s eye for composition and light with a series of stunning images of hundreds of happy couples posing in the streets of the city.