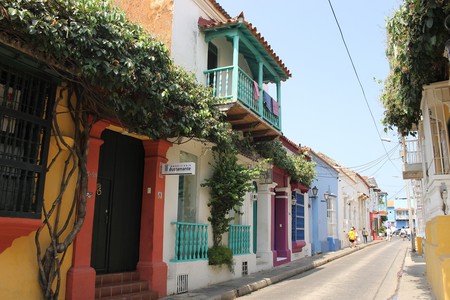 Gabriel García Márquez is arguably the most well-known Colombian of all time. As the winner of the Nobel Prize for Literature and the author of literary classics such as One Hundred Years of Solitude and Love in the Time of Cholera, he remains a huge source of pride for Colombians. His works are almost universally set in his native country, and Gabo (as he is affectionately known) fanatics can easily follow in his footsteps when travelling in Colombia.

García Márquez was born in this small town in Colombia’s banana-growing region in 1927 and was raised here by his maternal grandparents, whose storytelling and superstitions formed the basis of much of his writing and the magical realism style that became his hallmark. The house in which he was born now houses a beautiful museum, as does the telegraph office where García Márquez’s father worked. Aracataca was the inspiration for his most famous literary creation, the town of Macondo, and is located just 85 kilometres (52 miles) from Santa Marta, making it easy to visit for a day or two.

García Márquez had a great affection for the colonial city of Cartagena and retained a house in the walled city even after moving to Mexico in 1961. He also paid his respects to the so-called ‘Jewel of the Indies’ in his 1985 novel Love in the Time of Cholera; although the city is never mentioned by name, the descriptions and place names suggest that he was inspired by the port city. Cartagena is now extremely popular with tourists, but walking its cobbled streets still conjures up images of the central characters, Florentino Ariza and Fermina Daza, and their enduring love. There is even a García Márquez walking tour, which visits sites connected with his writing. 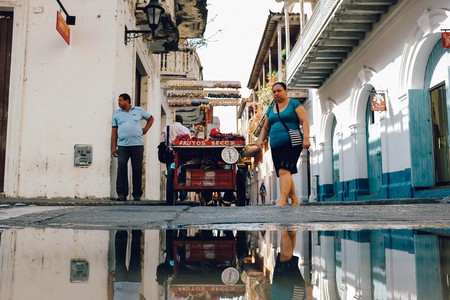 As a member of the ‘Barranquilla Group’ of writers and journalists in the early 1950s, a young Gabo cut his literary teeth in the bustling port city of Barranquilla, and enjoyed more than his fair share of excesses while he was there. While living above a brothel and frequenting the bar La Cueva (which you can still visit to this day), García Márquez worked as a reporter for the newspaper El Heraldo. The Caribbean Museum in Barranquilla is now home to an exact replica of his office during his time with the paper, and the city’s carnival celebrations are arguably an unmissable part of any trip to Colombia, and the perfect way to experience the youthful joy and hedonism that captivated the writer as a young man.

Strolling the shaded avenues of Mompox, along the banks of the Magdalena River, as iguanas bask in the boughs of the trees and old men while away the hours in rocking chairs, it is easy to understand the assertion made by García Márquez’s Simon Bolivar in The General in his Labyrinth that ‘Mompox does not exist.’ Mompox feels like a fictional place, and as a town on an island with no bridges, it has retained the sense of isolation and magic that so captured the author’s imagination during his long journeys along the Magdalena as a young man. 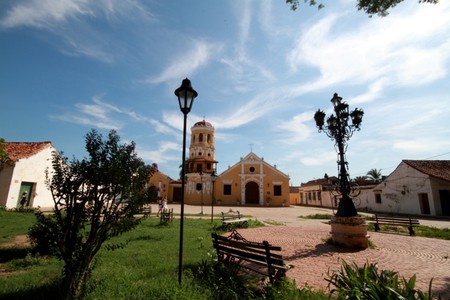 Some say that the small coastal town of Cienaga, rather than Aracataca, was the true inspiration behind Macondo in One Hundred Years of Solitude. Its location between the Caribbean Sea, the Sierra Nevada mountains, and the vast swamps of the Cienaga Grande seem to make it the archetypal setting for a García Márquez tale. The impact of the banana industry on the town is documented in the novel Leaf Storm, and Cienaga holds a bizarre annual festival every January in honour of the caiman crocodiles that were once so numerous in the surrounding swamps; the sight of hundreds of people dancing in giant crocodile heads is truly something straight out of a magical realist work.

García Márquez was enthralled by the great river that he journeyed along by steamboat from the coast to the capital in his youth, and he featured it in many of his great stories. Florentino Ariza and Fermina Daza in Love in the Time of Cholera finally consummate their love on the Magdalena, and García Márquez recounts with stunning accuracy his formative trips along it in his autobiography Living to Tell the Tale. Although pollution has, sadly, altered the landscape of the river almost beyond recognition, a visit to the annual cumbia music festival in El Banco, or the fading colonial splendour of Honda, would be the perfect way to catch a glimpse of the Magdalena of Gabo’s youth. 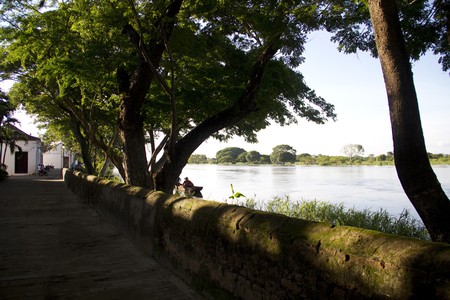 The Magdalena: the river that captured a young Garcia Marquez's imagination | © Otto Nassar/Flickr

Colombia’s capital may not have inspired García Márquez too much, but it was here, to the eternally drizzling Andean plateau of Bogota, that he came as a child to study. The Caribbean youth was shocked by the coldness of the climate and the cachacos (as Bogota natives are known), but he remained in the city to study law at the National University, and came to work at El Espectador newspaper in 1954. The cobbled streets of La Candelaria neighbourhood, where he lived and worked, are practically unchanged since those days, and sitting in the iconic Café Pasaje (where the young journalist took his daily coffee) is surely a rite of passage for any hardcore García Márquez fanatic. 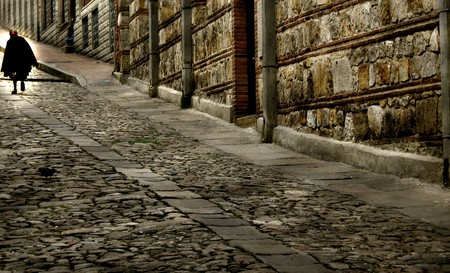