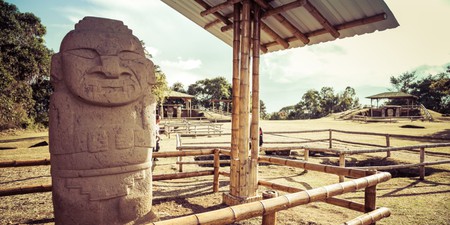 The Lost City is by far the most famous ancient, pre-Columbian archaeological site in Colombia, attracting vast numbers of visitors every year. However, Colombia is home to many ancient wonders besides the Lost City: ruins from ancient Indigenous civilizations, mysterious underground tombs and incredible rock paintings in the Amazon jungle. Here are 11 ancient Colombian wonders (that aren’t The Lost City).

San Agustin is Colombia’s most famous archaeological site, except for perhaps the Lost City, attracting many travelers eager to explore the ancient pre-Columbian statues and burial sites which dot the green hillsides surrounding the town. The statues are an impressive mix of bizarre, anthropomorphic figures, often standing guard over ancient tombs, and San Agustin is the largest collection of religious monuments and megalithic sculptures in Latin America. 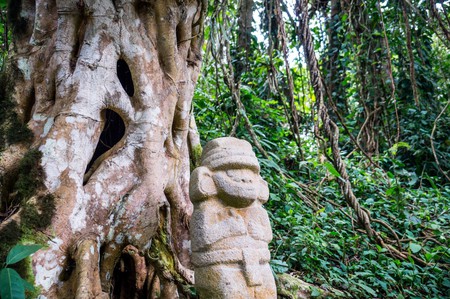 The statues of San Agustin, Colombia are a mystery to historians | © Julian Peters Photography/Shutterstock

Tierradentro is a UNESCO World Heritage archaeological site located in the isolated Andean mountains of Cauca department. The main attraction of Tierradentro is its remarkable underground hypogea – which are like underground tombs – buried up to 8m below the ground and decorated with geometric and zoomorphic patterns in red, black and white. 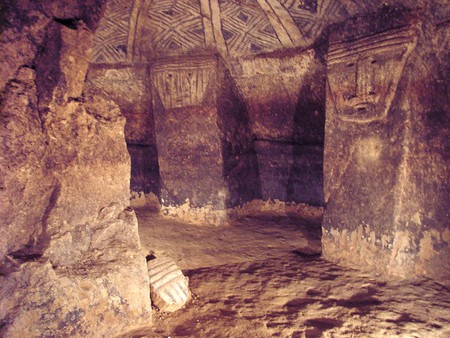 Pueblito is the alternative Lost City for people without 4/5 days to trek to the more famous ancient site. Like the Lost City, Pueblito is an ancient ruin of a city built by the Tairona people. However, the Pueblito ruins – located in Tayrona National Park – are actually bigger than the Lost City and much easier and cheaper to visit. 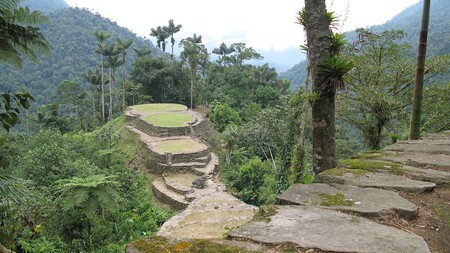 Nuevo Tolima is one of the most mysterious ancient sites in Colombia and also one of the least well-known and visited of all of those on this list. It is located in the jungle department of Guaviare and consists of a vast wall of ancient Indigenous rock paintings on a rocky hill overlooking the jungle. The bright-red images date back anywhere between 1,000 and 10,000 years and depict animals, people and geometric patterns. Archaeologists and anthropologists are still mystified as to which culture painted these amazing images.

Although not strictly an ancient site, the Gold Museum in Bogota is home to a vast collection of the most important ancient Indigenous goldwork in the country, and is an essential stop for anyone with an interest in pre-Columbian cultures and history. 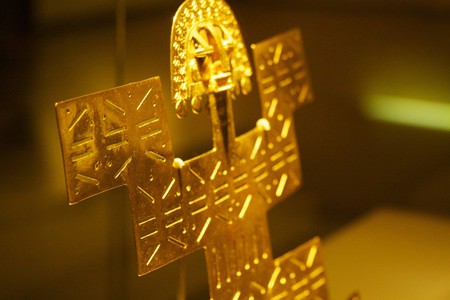 This ancient Muisca Indigenous site, just outside Villa de Leyva, is one of the most important in the Andean regions of Colombia and is easily visited from the pretty little town nearby. It is an archaeoastronomical site and served as a type of astronomical observatory for the Muisca people. The site consists of large menhirs – many of them in the shape of giant penises! – and burial mounds overlooking the surrounding mountains. 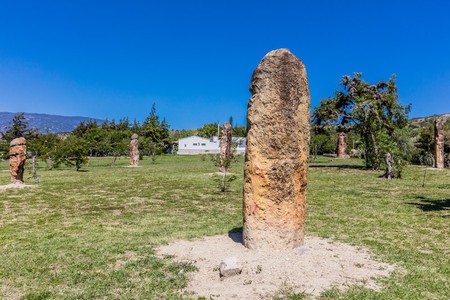 El Morro del Tulcan is an Indigenous pyramid located in the southern city of Popayan. It was constructed in the pre-Columbian period and was used as a burial mound for the most important individuals in the society which constructed it. It is a somewhat controversial site these days, as a statue of Conquistador Sebastian de Belalcazar sits on top of it – a statue of a conquistador on an Indigenous monument has been questioned by many people.

Cerro Azul is another mysterious series of rock paintings on a jungle hill in Guaviare department. They are harder to access than the aforementioned Nuevo Tolima site, but the paintings are better preserved and the color is brighter. With stunning images of birds, monkeys, wild cats and lizards, as well as ancient hand prints, Cerro Azul is one of the most emotive and impactful ancient sites in Colombia. 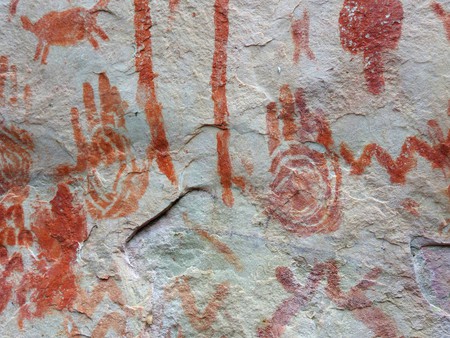 The countryside surrounding Tamesis, in southern Antioquia, has been nicknamed “the largest outdoor museum in Colombia” on account of the many ancient Indigenous petroglyphs dotted throughout the countryside. There are literally hundreds of the ancient rock carvings in the region, and you can take a tour to see the very best of them.

The Tunjo Stones Archaeological Park is a very important Colombian archaeological park located just to the west of Bogota near the city of Facatativa. The site was once the shore of a vast lake that once covered the region, and was used by Muisca rulers as a refuge during the period of the conquest. The rocks are covered with pictographs and, although many of the ancient painting were destroyed due to government negligence, it remains a fascinating site to visit. 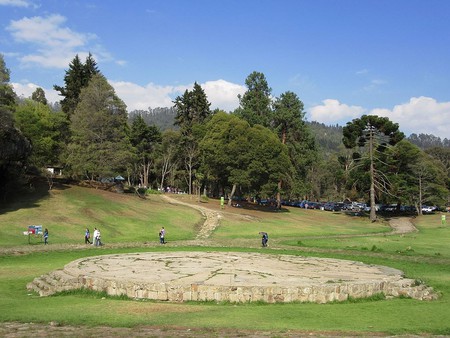