The Top 10 Things to See and Do in Puerto Montt, Chile

The Top 10 Things to See and Do in Puerto Montt, Chile

Sunset over Reloncavi Sound | © Lynda / Flickr
The final city on the mainland of Chile, at the end of the Reloncavi Sound and the beginning of Chilean Patagonia, was a latecomer to the Chilean party and was only founded in 1853, but has grown to become a metropolis in a quite-remote part of South America. Puerto Montt is somewhat of a must visit if you are heading north or south through Patagonia, due to its strategic location. However, that does not mean it should be a place you simply breeze through. Quite the contrary, as it has many inner city attractions and day trips in the surrounding areas, so you can take a couple days to enjoy Puerto Montt, before or after your adventures through Patagonia.

Park
Spitting Volcano Osorno | ©Andiseño Estudio / Flickr
A straight shot southeast from Puerto Montt on Carretera 7 will lead you right into the middle of the type of landscape that you didn’t believe still existed on this planet. Lush green moss covering towering trees, waterfalls, enormous ferns, and rivers make this national park look like something out of a Hollywood movie portraying somewhere man has never discovered, yet you can explore it yourself just 40 kilometers outside of the center of Puerto Montt.
More Info
Open In Google Maps
Los Lagos, Chile
+56652486101
Visit website
Give us feedback

On the other side of Lake Llanquihue and squished in between Lago Todo Los Santos, is South America’s answer to the iconic Mount Fuji in Japan. A very similar-looking volcano, towering over the horizon with a snow-capped peak that looks drawn on, this mountain entices you to get closer, and even hike it if you are up for the challenge, but at the very least take the trip out to stand at the base and photograph it from the bottom.

If you’re not feeling up for the 90-minute drive out to Osorno, you can feel like you are much closer to it by heading directly north, towards the lakeside town of Puerto Varas only 20 kilometers away. From here, you will be in a quaint little town with the colorful cathedral that makes for terrific photos, and even better with Osorno making up the best imaginable backdrop.

The Reloncaví Sound is the body of water that Puerto Montt is lucky enough to be situated on, and is something that is worth giving some time to explore when you are in the city. With the south of mainland Chile splitting apart into a range of different-sized islands, peninsulas and bays, this giant inlet eventually empties into the frigid waters farther south, and provides some beautifully-scenic views from a boat, kayak, or if you drive to other coastal towns to enjoy it from a different angle.

As all proper Latin cities do, and should, the central Plaza de Armas, and Church Cathedral of Puerto Montt, attracts flocks of locals, visitors and travelers. Right on the water’s edge, this center of the city is a beautiful place to enjoy a sunny day, a sunset, or get a coffee to go and make this area your own personal café.

If you are heading south from Puerto Montt, you can take beautiful Route 7 through this amazing countryside, or take the journey in a more scenic, relaxing way, with the Navmiag Ferries that carry vehicles and passengers from Puerto Montt, the 650 kilometers south to Puerto Chacabuco. If you are tired of night busses, don’t want to spend 16 hours in a bus seat through the day, or just want to do something different, take this option and the day journey will be a memorable way to cover some distance.

Museum
Step inside to complete your traveler’s checklist in Puerto Montt by taking in some history regarding the area. This centrally-located museum offers a mix of historical content, including a floor dedicated to the visit of the Pope John Paul, the earthquake of 1960, as well as engaging displays of historical pieces and ancient artifacts.
More Info
Open In Google Maps
Puerto Montt, Los Lagos, Chile
+56652223029
Visit website
Give us feedback

More incredible scenery to add to the list of this area is the Lahuen Ñadi park north of Puerto Montt. A beautifully-manicured, and easy to cover looping walk on trails and boardwalks around this seemingly untouched wilderness. It only covers a small portion of the vast park, but gives a terrific look into the dense forests of southern Chile. 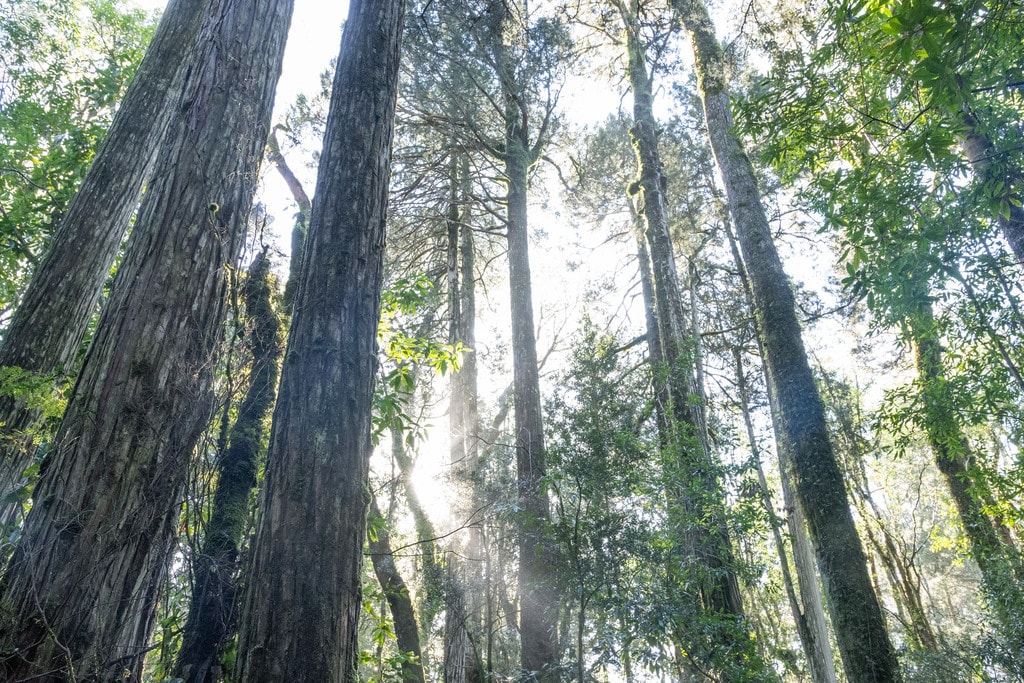 The ‘pueblito‘, or ‘little town’, known as Melipulli is a part of the city of Puerto Montt that has been surrounded, but not engulfed by the big, modern buildings, and stands as a neat contrast to the old and new Puerto Montt. Cabin-style buildings made out of old local wood is known as an artisan village and is a perfect place to pick up unique, handmade souvenirs and mementos from Chile.

A historical site with immense significance, not just to this part of the world, but to humanity in general. This archaeological site plays with what we know about the settlement of the Americas, and the movement, and evolution of humans. It was previously widely accepted that the Americas had been settled, starting in the north, roughly 13,500 years ago, yet this site and its findings have been dated as far back as 18,500 years ago.