The Top 10 Things To See And Do In Florianópolis, Brazil

The city of Florianópolis, also just called Floripa, in the east of Brazil is separated into two parts, where the main part with all the cultural life is located on a small island. It is the capital of the state Santa Catarina, and offers everything, from sun, beaches, green areas, parties, museums, fortresses, restaurants and outdoor sports activities. With this guide, we will show you how you can organize your perfect stay in Florianópolis. Read on to discover the best sights and activities in the city. 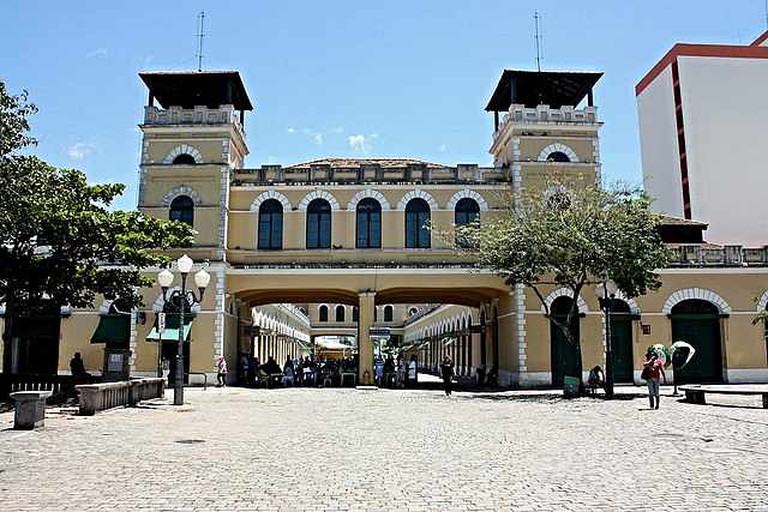 Public Market | © Márcio Cabral de Moura/Flickr
In the past, this market only consisted of some tents separated into two parts, one for the local dealers and one for dealers from the countryside or outside of Brazil. Sold here were foodstuffs, freshly prepared meals, and so called drogas do sertão,which means ‘hinterland drugs,’ which were products, such as spices like cinnamon, vanilla and cocoa, that did not exist in Europe and that were very interesting and lucrative for the European traders and tourists. In 1838 the government was allowed to buy a market place, which changed location and building a few times until 1851, when the first public market opened. Today, there is one market, in parts of two buildings that were built about 50 years ago. This is now a market of not only food, but also clothes, crockery and handicrafts..
Open In Google Maps
60 Rua Jerônimo Coelho, Centro Santa Catarina, 88010-030, Brazil
+554832258464
Visit Website
Give us feedback

Definitely, a beautiful and informative part of Florianópolis is the historic center of the city. There, visitors will find a lot of historical buildings, like the Public Market and the Cathedral Metropolitana, as well as beautiful leafy parks, plazas and museums. Visitors will also find there a big range of restaurants, bars, shopping possibilities and accommodation of every type. Simply embark on a pleasant walk through the city and a little bit outside of the historic center and enjoy the atmosphere. You will not regret it.

A Day At The Beach

Florianópolis is the perfect place for people interested in culture, but also for beach and water sports lovers. This city offers more than 40 beaches spread across the whole island. Some of the best beaches for surfing are Praia Mole and Praia Brava, which is also one of the most beautiful beaches, Also Barra da Lagoa, is perfect for surfing beginners, and Joaquina, where international surfing competitions are held, are worth visiting. Further, there is the Praia Moçambique, lying in a nature reserve, Jurerê, the beach for the rich and famous with some of the best clubs, and Galheta, the ideal place for nudists. Just choose the right one for you, or visit all of them. 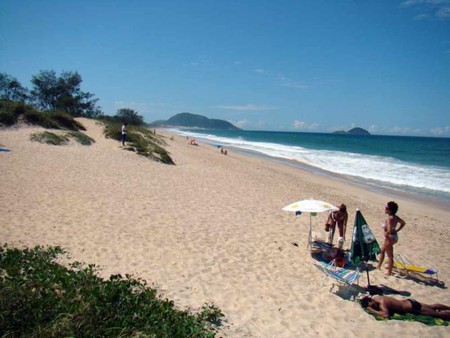 Florianópolis was declared ‘Party Destination of the Year’ by The New York Times. There are a lot of bars and clubs, and also places near the beaches, which are a mixture of lounge and bar during the day and transform into clubs at night. Everybody will find the right place to have a relaxed evening and watch the sunset, or listen to good music and dance all night long. Do not miss the spectacular nightlife of Florianópolis, it will be an unforgettable time.

To get to the island part of Florianópolis everybody has to cross the Hercílio Luz Bridge. It earned its name from Governor Hercílio Luz, under whom the bridge was built as the first fixed connection between the island and mainland Brazil. In 1926, the bridge was opened, after three years building time, and since then it has been the landmark of the Florianópolis. What is special about this bridge is that it is the longest suspension bridge in Brazil, and the second biggest in all of South America.

This fortress is situated on the small island of Ratón Grande and lies in the bay north of the Isle of Santa Catarina. It was built in the 18th century, and served as defence facility, to fund and maintain the occupation of the south of Brazil, and to keep up the Portuguese reign over Colonia del Sacramento. Another fortress which is worth visiting is Fortaleza de São José da Ponta Grossa, which is also located in the north of the Island of Florianópolis.

The city has several museums which are worth visiting and which are very informative about art and history of the region. Recommended are the Santa Catarina Art Museum (MASC), the official institution for fine arts, and the Santa Catarina History Museum (MHSC), which is located in the Palace Cruz e Souza (the palace itself is worth seeing). There is also the Eco-Museum of Ribeirão da Ilha, which preserves the basis of the Azorean culture, and the Museum of the Sambaqui Men, situated in an old school. Another stop could be taken at the Victor Meirelles Museum, in the building where Victor Meirelles, seen as the most important Brazilian painter, was born. 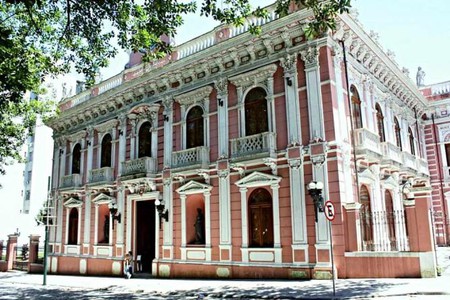 In 1673 Francisco Dias Velho Monteiro constructed the first church of the island of Florianópolis. It was a small chapel made of limestone, with an high altar. As it was highly frequented by the population, the governor of the city asked the King of Portugal to build a new church. This new cathedral opened its doors in 1903, and is the building we know today. Since 1908 it has been the seat of the archdiocese of Florianópolis.

State Park Of Serra do Tabuleiro 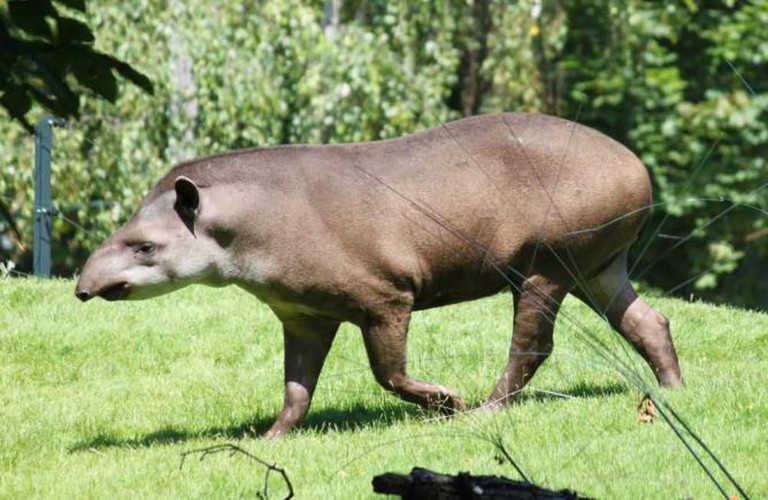 Tapir | © Gerwin Sturm/Flickr
This park is located in the south part of Florianópolis, and has parts on the island and a bigger area on the mainland. There are a lot of mountains, rivers and waterfalls, which also serve as the water supply for the inhabitants of Florianópolis. There is also a special part which can be visited, and shows some of endangered and typical species of animals, like the tapir and the capybara. It is the ideal area for walking, hiking and enjoying nature.
Open In Google Maps
State of Santa Catarina, 88140-000, Brazil
Give us feedback

Drive Around The Island

The city of Florianópolis is spread over the whole island, and a small part is located on the mainland. As there is much more to see than just the city center, renting a car would be the perfect way to do some trips to the outside the central parts of Florianópolis and maybe to visit the mainland and other cities too. It is easy to go to the beaches by car, as there are a few which are not very accessible by public transport, and to the fortresses and the nature reserve.