The Most Magnificent Places to Watch the Sunset in Salvador

Farol da Barra / © Fotos GovBa / Rafael Martins/AGECOM / Flickr
Salvador is a city full of life, with exuberant locals who are proud of their peninsula paradise. Its a city who’s pulsing beats mesh perfectly with its casual beach vibes. After a day wandering around the city, check out our favourite places to watch the sun go down in Salvador, Brazil.

Much of Brazil’s coastline faces east (as in over 7,000km of it), so this stretch of sand in Salvador is particularly special, given it’s western-facing direction. The beach was also home to Bahia’s original settlement of Europeans, and the neighborhood is still a gathering place for locals and tourists alike. Located on a bay, Porto da Barra has calm waters and offers a great waterfront location for grabbing a drink and enjoying the sunset. Making the scene even more picturesque are the two little white forts at either end of the beach. 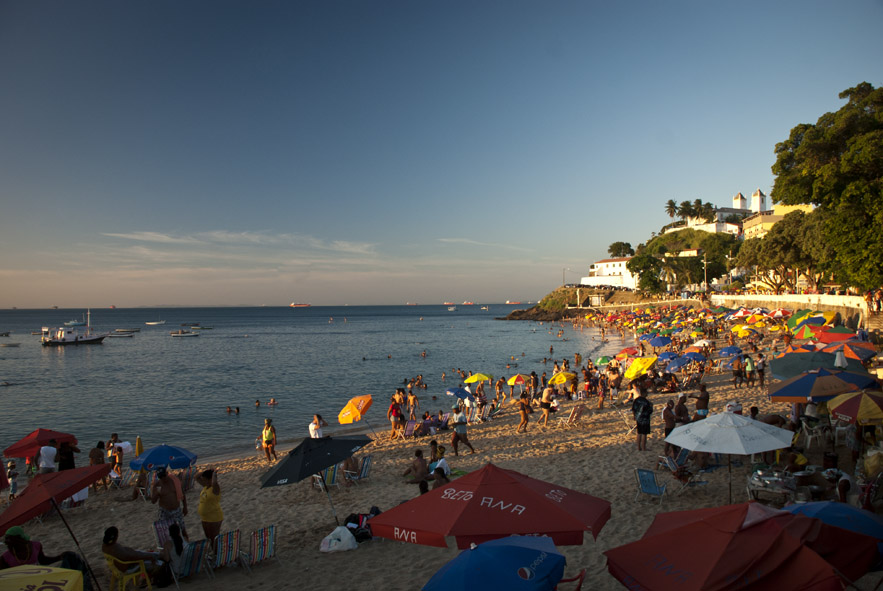 This is the state’s oldest fort (built in 1698) and a popular place to catch the sunset. Known to most as the Farol da Barra, which means Bay Lighthouse, this area has stunning views of the water as well as a museum that details the exploits of Portuguese mariners and includes information on the slave trade. After taking in the history of Salvador at the fort, head to the grassy area outside and relax as the sun sinks over the bay. 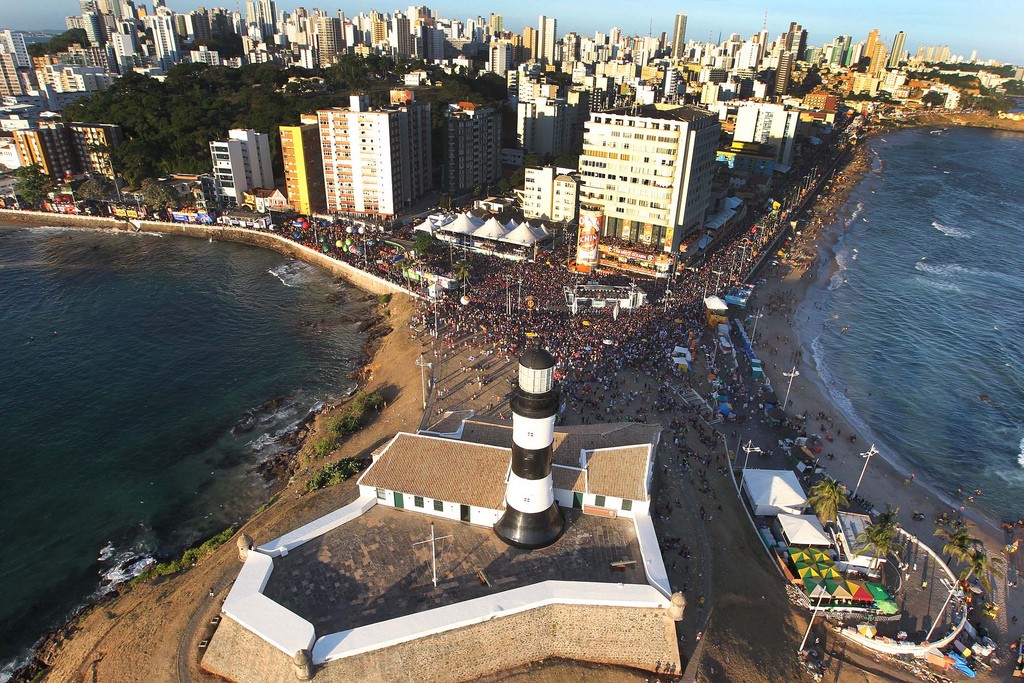 Take a little break from the beaches and make your way to Salvador’s Solar do Unhão, a well-preserved 18th-century building, which now holds the Museum of Modern Art (Museu de Arte Moderna). The museum has fantastic bay views and is open until 7pm Tuesday through Friday, making it perfect for an afternoon visit and then catching the sundown (depending on the season) from the museum. Also, consider making a special Saturday visit when the museum often hosts a popular jazz concert in the evening. 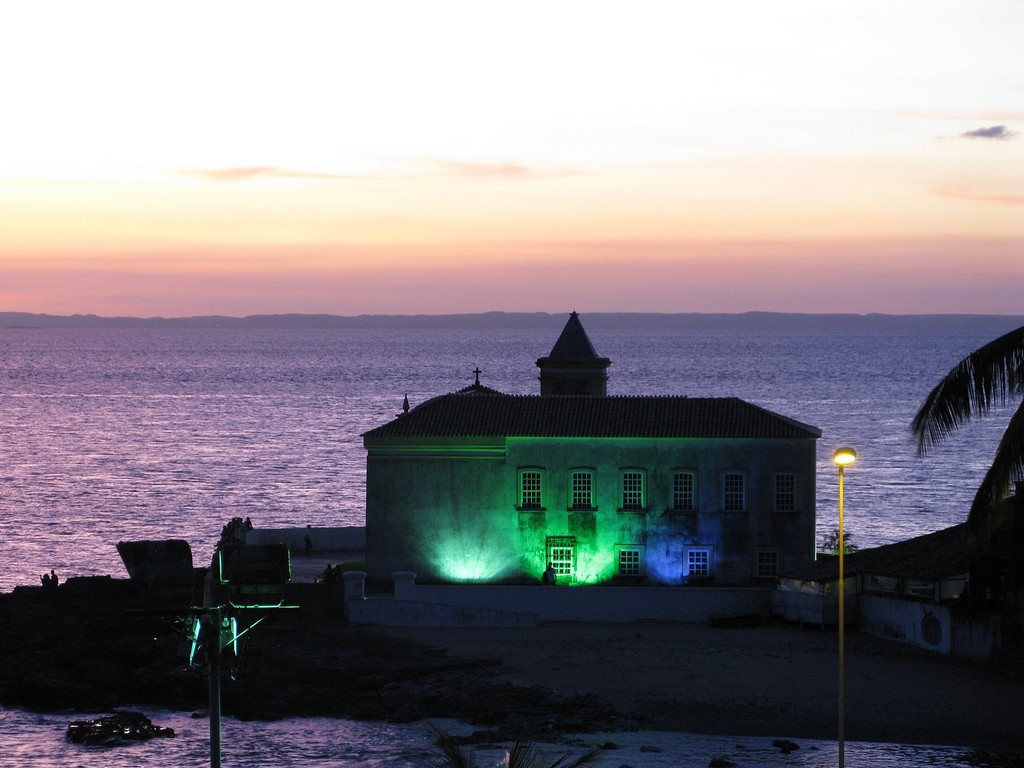 Looking for a chill place to have a drink and a bite to eat while watching the sun go down? Head to Pedra Furada, at the end of the street called Rua Negro. The street has bars and restaurants with a view and offers a relaxed place to watch the sunset. Wander around to see which spot fits the mood best, whether it’s a quick beer or a long meal of moqueca. Wherever you watch, you’re guaranteed great views. 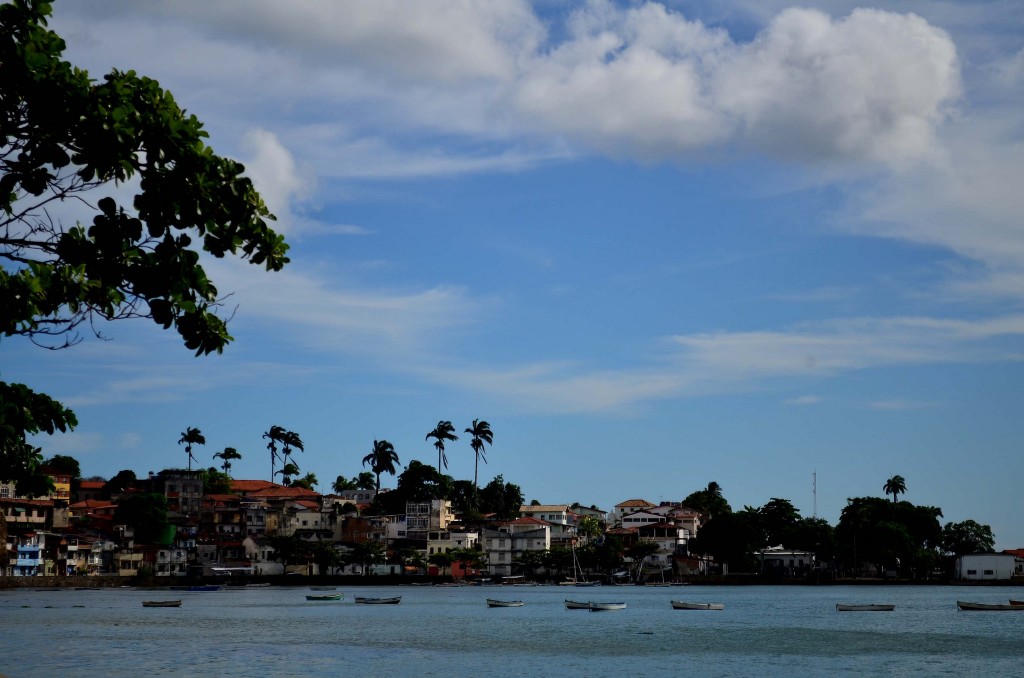 This is becoming one of Salvador’s most frequented spots to watch the sunset, due to its easy accessibility and friendly atmosphere. The Ponta da Humaita is a gathering place for families and couples, groups and singles – really anyone who just wants to enjoy a moment by the water. There’s a small church, a convent and a lighthouse to accompany the gorgeous sea views, and there are a few bars to grab a drink and toast to another lovely Salvador sunset. 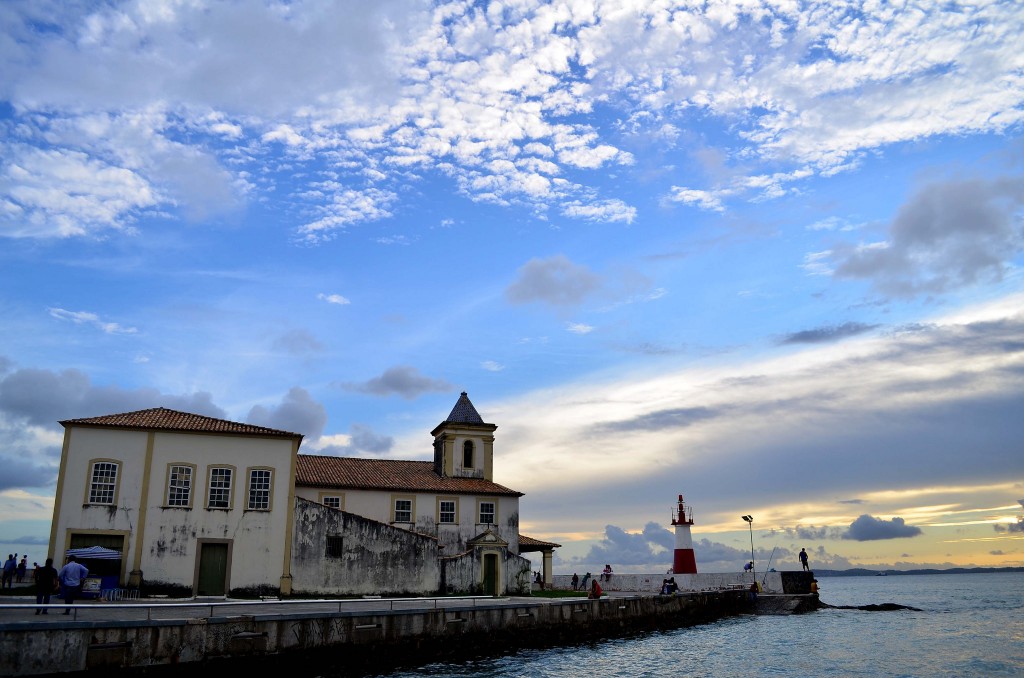