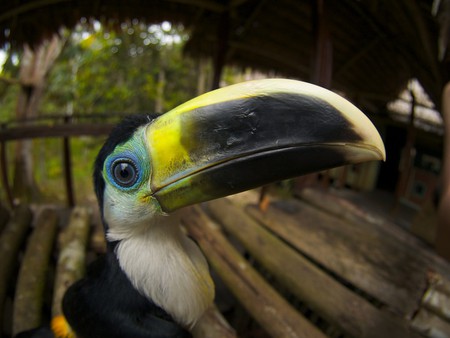 It might not come as a surprise that the Amazon has the biggest diversity of bird life in the world, with over 2,000 confirmed species calling the rainforest home. But with such a huge area to consider, how on earth do you decide where to go for the best bird spotting experience? Fear not, fellow birders, because Culture Trip has all the answers.

Ecuador is renowned for its bird life, boasting more species than the entire North American continent combined. Most of these live in the Amazon and the best place to spot them is in the world famous Yasuní Biosphere Reserve whose ideal natural habitat creates the perfect environment for some 600 different species. La Selva Amazon Eco Lodge lies on the edge of the reserve and has specially built observation towers as well as highly regarded bird watching programs. 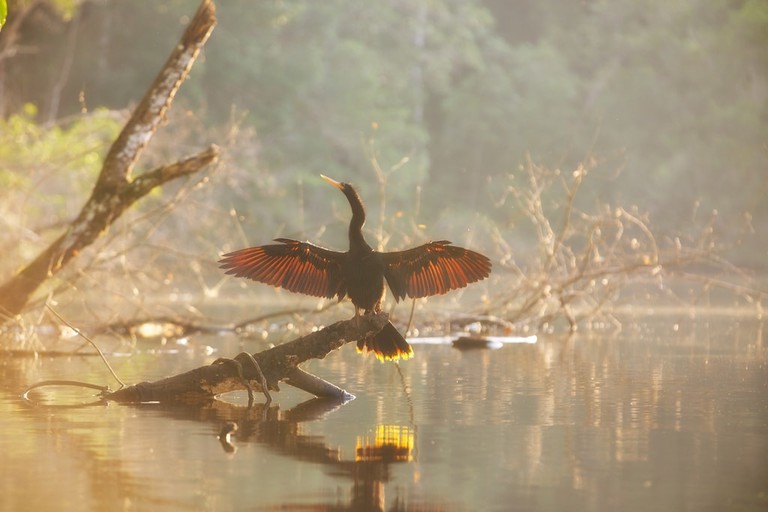 Not far from Yasuní is the other big name in the Ecuadorian bird watching scene, the Cuyabeno Wildlife Preserve. Despite being less famous than its neighbor, Cuyabeno still boasts an impressive 580 confirmed species and counting. Sani Lodge offers custom bird watching tours in which up to a hundred species can supposedly be ticked off the list on any given stay. 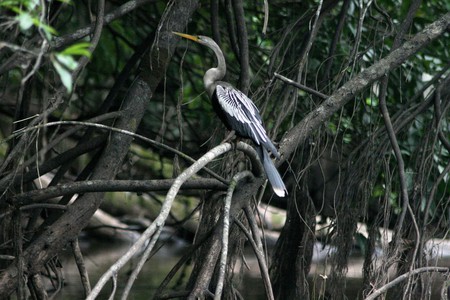 This specially designated eco-reserve located near the Brazilian town of Alta Floresta is Brazil’s premier birding destination, home to 586 reported species with many more being added all the time. Able to accommodate all budgets, the Cristalino Lodge offers both luxury private and shared dormitory rooms. When not out exploring the region on foot or by motorized canoe, travelers can admire a wide range of bird life from the in-house observation towers. 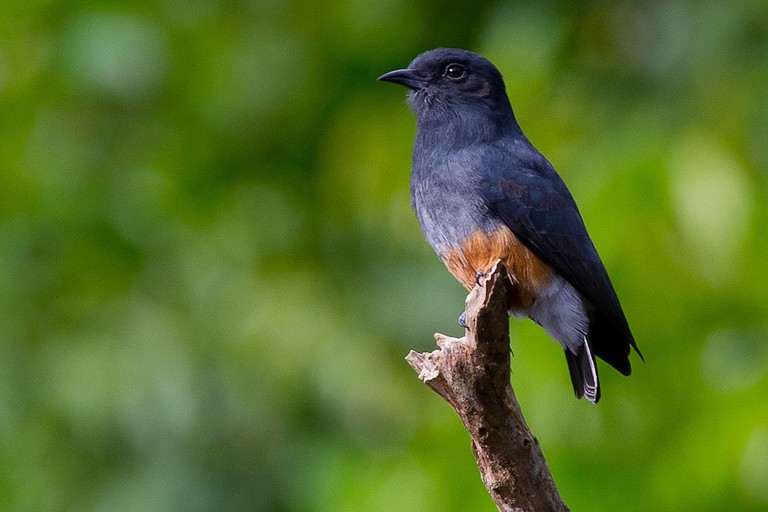 Aside from the usual sightings of exotic airborne aves, Tambopata is most famous for having the highest concentration of clay licks in the Amazon. Here, an abundance of colorful bird life, most notably the rainbow colored Macaw parrots, come to feast on the mineral rich deposits in a frenzied and colorful display. The Tambopata Research Center is conveniently situated between the best licks and has numerous expert birding guides on hand. 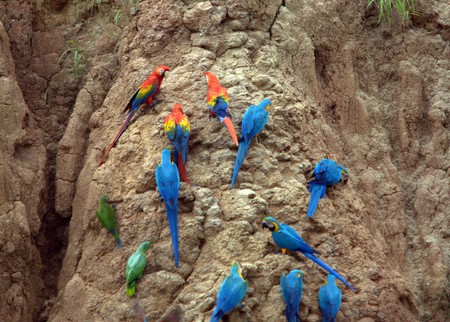 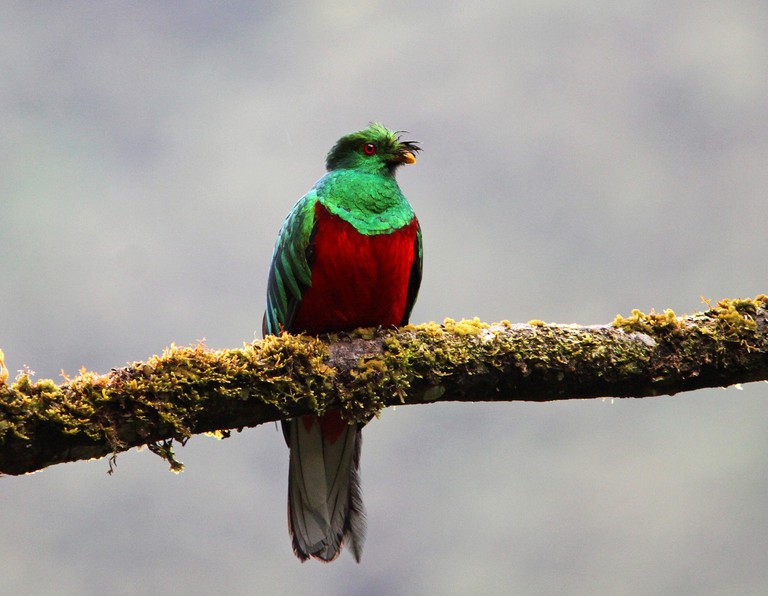 Crested Quetzal, Manu National Park, Amazon | © vil.sandi / Flickr
Two thirds of Manu National Park has never actually been explored, meaning it could contain uncontacted tribes, lost cities, and – even more importantly – many, many undiscovered bird species. Although tourists don’t get to enter these uncharted areas, what they do see is a region rich in diversity that rivals nearby Tambopata. Despite technically being outside the park, the Manu Birding Lodge is a hit with birding enthusiasts.
Open In Google Maps
Madre de Dios, Peru
+5184274509
Visit Website
Give us feedback 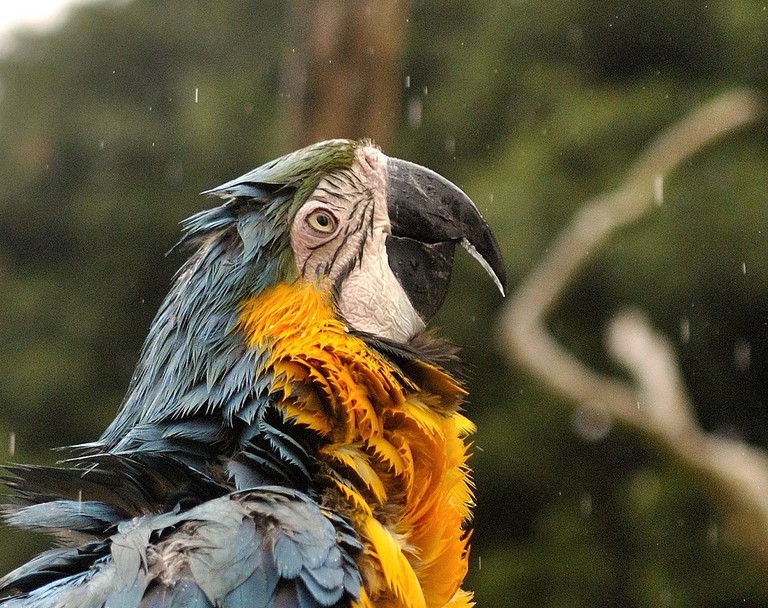 Blue & Gold Macaw in the rai | © m.shattock / Flickr
One of the world’s largest protected areas, Madidi stretches from snowy Andean peaks right down to the steamy Amazon below. Home to a whopping 1,254 species (14% of the world’s known species), Madidi really is a birder’s dream destination. Tourism is a little less developed in Bolivia than elsewhere in the continent, though the well-respected Chalalan Lodge offers first rate birding programs alongside its regular wild life tours.
Open In Google Maps
La Paz Department, Bolivia
+59172513843
Give us feedback

Colombia has the highest diversity of birds on earth, with some 2,000 confirmed species calling the country home. Many, however, actually reside outside the Amazon in cloud forests or the tropical lowlands along the Caribbean coast. The best bet within the great rainforest is the renowned Amacayacu National Park which is easily accessible from Leticica and home to some 450 species. 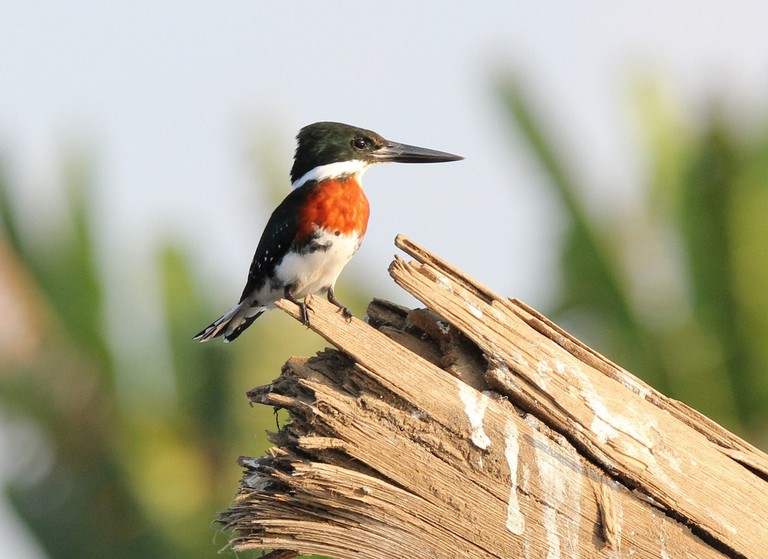 Not technically part of the Amazon, but too important to leave off the list. Brazil’s Pantanal is the world’s largest wetlands, home to an impressive array of wildlife including 1,000 species of bird. Although diversity may be lower than the Amazon, spotting our feathered friends is all too easy due to the fact the area is largely devoid of thick vegetation. Birding Pantanal offer excellent tours throughout the region. 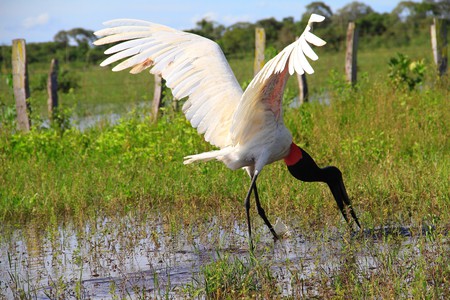