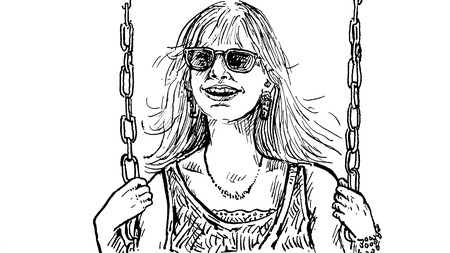 As part of our “20 Literary Translators Under 40” series, we interviewed Spanish-language literary translator Megan McDowell.

Read: An excerpt of Fever Dream by Samanta Schweblin

What are you currently translating?
Right now I’m finishing a book by the cult film director and guru Alejandro Jodorowsky called The Son of Black Thursday (Restless Books). If you’ve seen his movie The Dance of Reality, the book has many similarities—a mythologizing of his early childhood in Tocopilla, in which he reimagines his parents as heroic historical actors with a profound love for each other. It’s kind of a crazy book, which won’t come as any surprise if you know anything about the character who wrote it.

What approach or procedures do you take when translating?
Once I have a draft, it’s important for me to put it away for a while before editing. I need to come at it with fresh eyes, without the Spanish echoing in my head. I read out loud a lot. One of my authors, Arturo Fontaine, told me a trick once that he heard from Gregory Rabassa: find a writer in English with a tone or register similar to the book you’re translating from Spanish, and read it for 10 minutes or so before you translate. Then you’ll have that cadence in your head as you’re working. I don’t always do that, but when I do I think it helps.

What kinds of works or regions do you gravitate toward?
I tend to look for contemporary writers, often (but not always) from Latin America (mostly Chile and Argentina). I learned Spanish in Chile and I live here, so I translate a lot of Chilean books, but I also like to challenge myself by looking further afield. Maybe it’s obvious, but I look for books that will be fun to read over and over again, because that’s what translation entails; if they don’t hold up under that kind of scrutiny, the translation can get onerous.

Who or what are some untranslated writers or works that you would like to see in English? Why?
I’ll contradict myself and give two Spaniards: Cicatriz by Sara Mesa and La habitación oscura by Isaac Rosa. They’re both very intense and psychologically unpredictable. This list that Lit Hub put up the other day is really good—and not just because it’s disproportionately Chilean! I agree and would also love to see translations of books by Selva Almada, Alia Trabucco, Lina Meruane. Álvaro Bisama published a book last year called El brujo which I think is his best yet. His buddy Mike Wilson has an amazing book called Leñador that doesn’t exactly lend itself to translation, but has been called “the great American novel”. Imagine that.

What are some of the more interesting literary developments happening in the language or region you translate from?
Chile is a really small country population-wise, and most of the literary culture is concentrated in Santiago. People say that leads to a toxic, competitive literary scene, but I guess there’s some of that anywhere. But there are a lot of small and medium-sized independent publishers in Santiago doing really interesting things in spite of the small market. A lot of writers here also have publishing houses: Diego Zuñiga (whose first novel, Camanchaca, comes out in March from Coffee House) has a press called Montecerdos that publishes short novels, essays, and stories by some of the best writers in Latin America. Claudia Apablaza is a novelist with a small press called Los Libros de la Mujer Rota that publishes Chilean and Latin American authors alongside contemporary English translations. Galo Ghigliotto, a poet and novelist, also has a press called Cuneta that publishes a lot of younger, first-time authors. He also founded an alternative book fair in reaction to the bookstores that didn’t give much play to the books put out by independent presses. It’s called the Furia del Libro, and it’s been incredibly successful over the 10 years or so it’s existed. Overall, to me (admittedly an outsider), it seems like the literary culture here is vibrant. Even though it’s pretty much impossible to live off of writing, and print runs tend to be small, people are passionate and enthusiastic and supportive.

What is a recent translation challenge you faced?
Sleeping enough.