Where to Find the Best Coffee in Buenos Aires 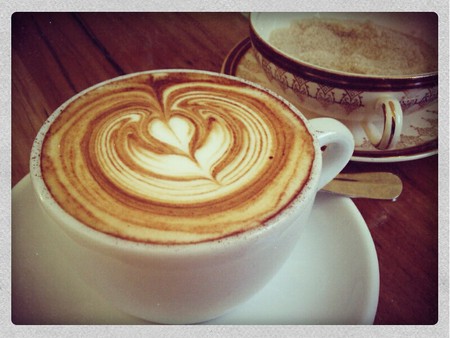 Buenos Aires hasn’t always been a big city for coffee, and most of the ground coffee available in supermarkets is blended with sugar to make it more palatable – to the horror of coffee purists, residents and visitors alike. However, as gourmet coffee becomes an increasingly hot item on the global market, quality brews are making inroads in Argentina. Find out where to get the best coffee in the Argentinian capital.

“Porteños [people born in Buenos Aires] love their cafés, but it wasn’t always easy to find a great cup of coffee,” says Allie Lazar of the blog Pick Up The Fork, the leading English-language Buenos Aires food guide. “Until now, that is. Over the past three years the city’s coffee scene has undergone a dramatic shift, with dozens of cafés and talented baristas finally bringing quality coffee to Buenos Aires.” Here’s where they’re at.

You’ll walk into LAB and feel like you’re in a coffee shop in San Francisco or Seattle; LAB is serious about coffee. Offering cold brews and high-quality beans from all over South America and Africa, a LAB brew won’t disappoint even the most demanding coffee enthusiast. LAB offers brewing training sessions as well as coffee tastings. Yum.

Cafe, Coffee Shop, Fast Food, Coffee, Vegetarian, $$$
Facebook
Email
Twitter
Pinterest
Copy link
Share
Lobo Café offers two specialty coffee blends made from beans cultivated at high altitudes in Ecuador and Brazil. They also offer breakfast and lunch menus that change by the season. Also, if you have a project to finish, an incredibly fascinating person to talk to, or an exam to cram for, Lobo’s Puerto Madero location is open until 2 a.m. on Saturdays. They have a second location in Palermo, at Honduras 4730, open daily 8 a.m. to 9 p.m.

For a while, this was one of the only spots in the city where you could get great coffee. Lattente’s baristas have earned their stars when it comes to quality brews. Speaking of which, their brew bar offers single-origin coffees from Costa Rica, Papua New Guinea, and Yirgacheffe, which you can purchase in a variety of preparations, including cold brew. Added bonus: the cafe is often visited by a bagel purveyor from Sheikob’s; you won’t find bagels like this elsewhere in quality-bagel-deficient Buenos Aires, so keep an eye out. Also: they have almond milk! 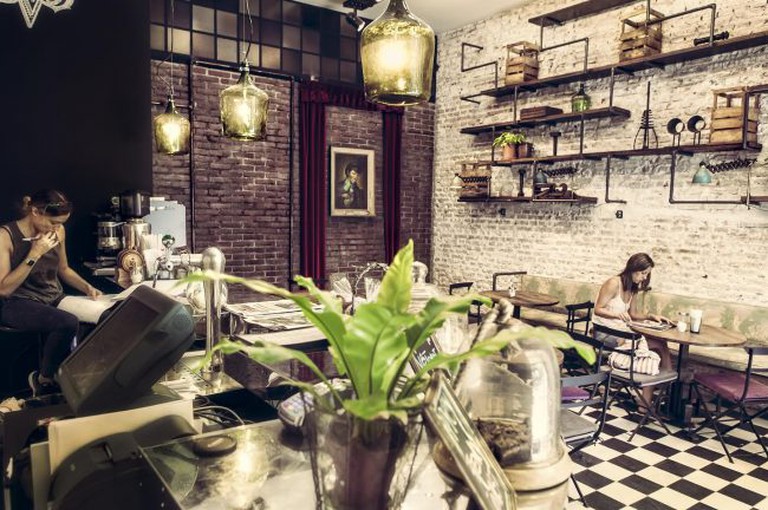 Victoria Brown | Courtesy of Victoria Brown
Victoria Brown is a café to be seen in. By day it’s a coffee spot and by night, a secret bar. During daytime hours, you’ll be seated in the elegant cafe in front, with its dramatic black-and-white checkered floor and vintage decor. They serve Lattente coffee, so you are assured of quality, and they also offer a robust brunch menu. 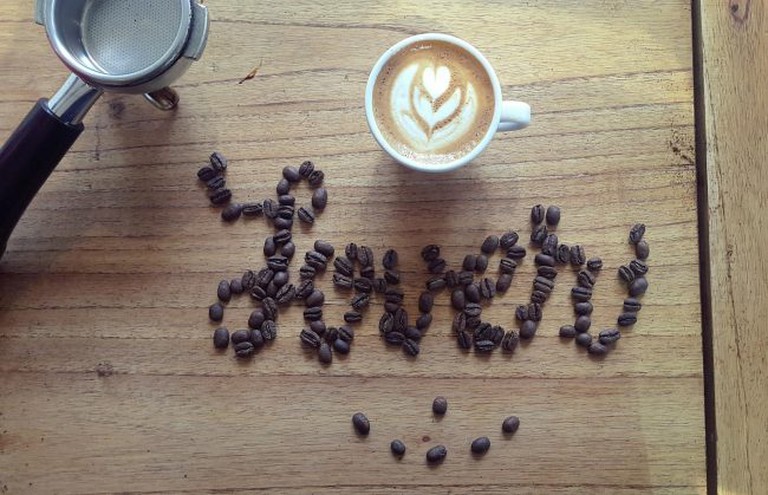 Run by a Harry Potter and coffee fanatic, the aptly named Félix Felicis & Co offers some pretty magical brews. “It was named for my son Felix and my taste for Harry Potter,” barista and co-owner Natalia Montoya told BuzzFeed. “The choice of potion was not coincidental, it has a point: if you do it well, it works perfectly; if you do it wrong, the result is catastrophic – and that applies to the hour in which one makes good coffee,” she said. They offer Colombian coffee in all the familiar forms: espresso, flat white, cappuccino, latte, macchiato, piccolo latte, mochaccino, iced latte, and cold brew. They also have almond milk, a rarity in Buenos Aires. Félix Felicis & Co just opened a second site in the Museum of Architecture, located at Avenida del Libertador 999, on the corner of Callao.

Full City Coffee House, established in 2011, offers high-quality, house-roasted Colombian coffee and food in a relaxed atmosphere. The menu is exotic for Buenos Aires, offering Colombian-inspired arepas, fresh juices, and salads. Full City is currently expanding to including a small coffee school that will train baristas in latte art, cupping, and filtration.
Give us feedback