What to Know About Jewish Buenos Aires 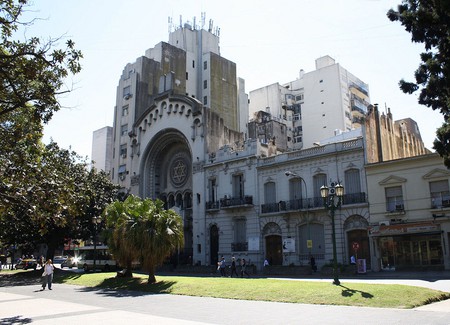 One of the many synagogues in Buenos Aires | © Robert Cutts/Flickr

As well as being a melting pot of European and South American immigration, the Argentine capital of Buenos Aires is also home to the world’s seventh-largest Jewish population, and the largest in Latin America. Here’s all you need to know about Jewish Buenos Aires. 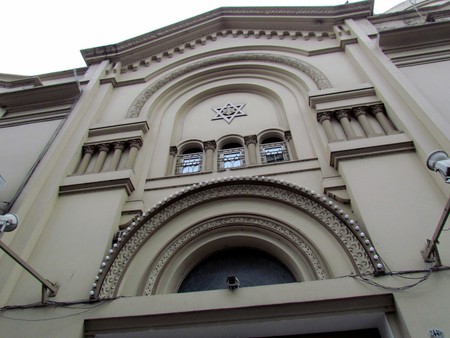 A quick stroll around the Buenos Aires neighborhoods of Once, Abasto and Villa Crespo will leave you in no doubt as to the strength of the Jewish community in the capital. It is estimated there are around 200,000 Jewish people in Argentina, with the majority being Ashkenazi, the rest Sephardic. Early Jewish immigration to Argentina from Europe began in the 16th century, continuing into the 17th and 18th, with secret Jews, or conversos, coming to Argentina to escape the Spanish Inquisition. A second, larger wave of Jewish immigration from France happened in the 19th century, followed by Russia, whose Jewish immigrants became known as “Rusos” in Argentina. Towards the end of the 19th century – when Argentina had been declared a republic and the state was operating an open-door policy to people from Europe to populate the nascent country – Jewish migration began to happen en-masse. However, many were disappointed to find the fertile lands promised to them for agriculture on arrival were not as they had hoped. They ventured north and south in search of somewhere to settle, and over the coming years Jewish agricultural settlements were established in Santa Fe, Buenos Aires and Entre Rios.

During the First and Second World Wars the Jewish population increased again, with people fleeing Jewish persecution by the Nazis. However, this was not without its tensions, as President Juan Peron was something of a Nazi sympathizer, and known to admire Italian dictator Benito Mussolini. During Peron’s reign, it is estimated that around 180 Nazis were permitted entry into Argentina, many remaining there until their death. With the ousting of Person and the installation of a military junta, antisemitism increased, and the Argentine borders were much more tightly controlled, reducing immigration from everywhere. This was not a pleasant climate for Jewish people, and many left the country for Israel after 1955. A particular arrangement was made between the military regime and Israel, stating that any Jewish dissidents arrested would be allowed to emigrate to Israel. 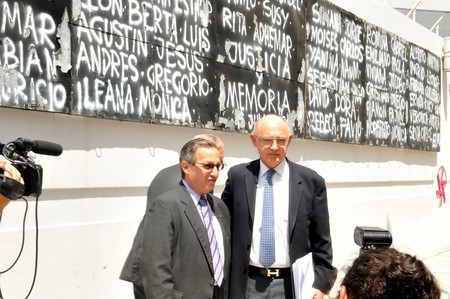 During President Menem’s term in the 1990s, a law was passed that made antisemitism illegal. But the ’90s was also a decade of tragedy for Jewish Buenos Aires. In 1992, a terrorist attack targeted the Israeli Embassy, where a suicide bomber destroyed the building and killed 29 people. The Memory Garden on the site of the embassy commemorates those affected by the attack. Then, in 1994, one of the most well known Jewish community buildings, the AMIA, faced another terrorist attack when a truck with explosives was driven into the centre. 85 people died and almost 300 were injured and no one has ever been held accountable for the attack. Various conspiracy theories have subsequently circulated, one in particular involving ex-president Cristina Kirchner, following the death of special prosecutor Alberto Nisman, who was investigating the incident. The subway station at Pasteur on the B line has murals remembering the attack. 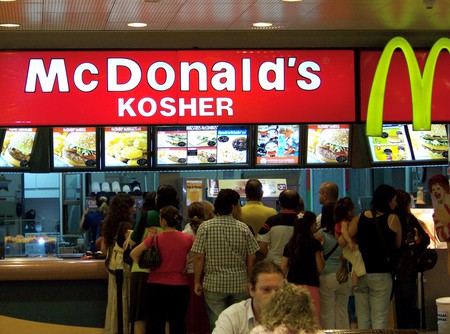 There are many sites of interest for Jewish people visiting Buenos Aires, not least the AMIA and the many synagogues around Once and Abasto. The Abasto shopping centre also has the only kosher McDonald’s outside of Israel.