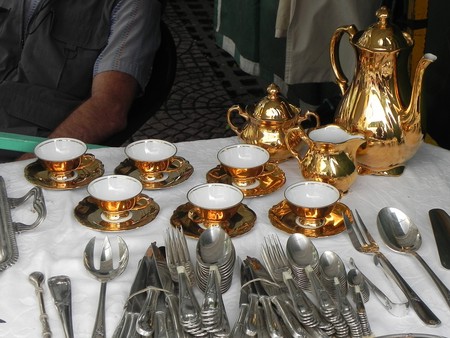 People in Argentina never throw anything away and as a result, the city is rife with excellent vintage furniture, clothes and various knick-knacks. While there are some indoor covered markets, the best places to pick up some local relics are the street markets known as ‘ferias’. Here is Culture Trip’s list of the best street markets in town.

Literary treasures await visitors to Parque Rivadavia on the weekends. Buenos Aires has one of the highest number of bookshops per capita globally and that statistic is reflected in the number of vendors at this beloved market. Lining the sidewalk surrounding the park are other ‘treasures’ such as stacks of magazines from the 1950s and kiosks spilling over with second-hand books in English and Spanish. Beauty magazines from the 1960s accompany ‘futbol’ (football) magazines of the 1980s. Paper ephemera covering historical events from Peron to the Malvinas war are common as well.

Hours: Open on weekends, take Linea A to Acoyte. 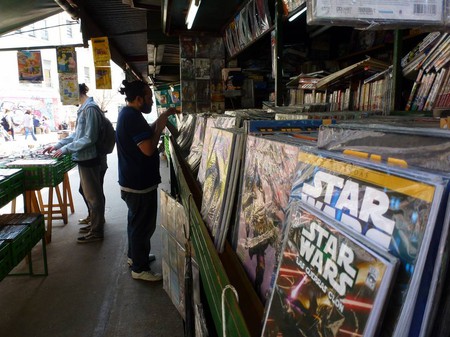 No need to worry about overpriced mementos here; the market in Palermo’s Plaza Serrano is great for good bargains on everyday essentials. At Feria de Parque Centenario shoppers will find utilitarian goods such as computer cables, underwear, socks and personal hygiene products at a steep discount. Many young expats visit the feria for the selection of second-hand clothes; embellished blouses from the 1970s can be found amid stacks of leather and denim jackets and 1990s-era tracksuit tops. Be prepared to dig as there are innumerable clothing stands spread along the park’s perimeter.

Insider Tip: Bring some old clothes and trade them for stock the vendors are selling. 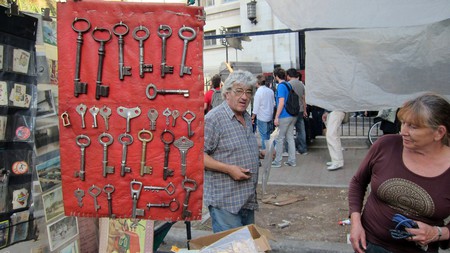 A short bus ride from Buenos Aires’ center is the Feria de Mataderos. The Mataderos fair is known for its genuine gaucho culture, and visitors wander around to check out live performances of folkloric dance while gauchos wow the crowd with equestrian skills mastered at an early age. As good as the music and horsemanship are, the real star is the food. Come here for genuine Argentine cuisine and artisan cheeses and meats that make the perfect picada on your terrasa.

Hours: Every Sunday beginning at 11am. Take Collective 55 out of town. 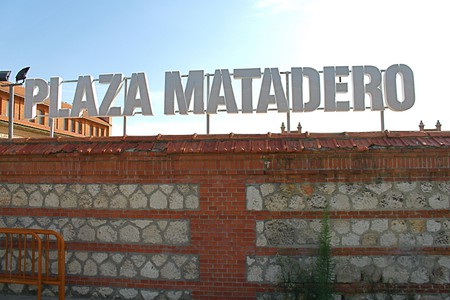 The Recoleta market, better known as Feria Plaza Francia, is intended for shoppers seeking a more upscale marketplace. Despite boasting the ‘best Argentine handicrafts’ you will still find plenty of the usual flea market fare like macramé and hand-painted sketches of Bob Marley’s face, though the real highlights are high quality, handmade jewellery, ceramics and leather goods. The street fair is home to plenty of silversmiths offering handmade silver rings, earrings, and necklaces. Located next to Recoleta Cemetery, the resting place of Eva Peron, the fair is open weekends from 11am until 8pm.

Hours: Saturdays and Sundays from 11am–8pm.

An obvious choice for most tourists, this list would not be complete without including the grand-daddy of Buenos Aires street markets. Feria de San Telmo covers the length of Defensa and is often the main attraction for visitors. Despite being a good place to pick up holiday souvenirs such as mate gourds and leather belts, San Telmo stands out because of its antiques. A glass soda dispenser from the early 1900s can be found next to vintage street signs and a 1915 telephone. 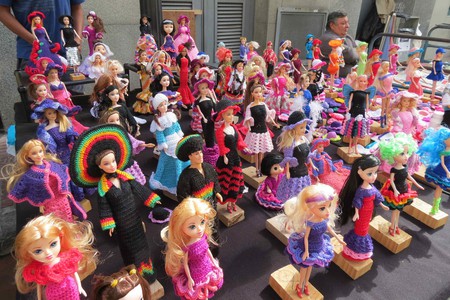