The Top 10 Things to See and Do in Ushuaia

Ushuaia in Tierra del Fuego is one of the most coveted destinations in Argentina. The ‘city at the end of the world’ has much to offer visitors, from stunning natural landscapes to once-in-a-lifetime experiences. Check out our list of the best activities in Ushuaia. 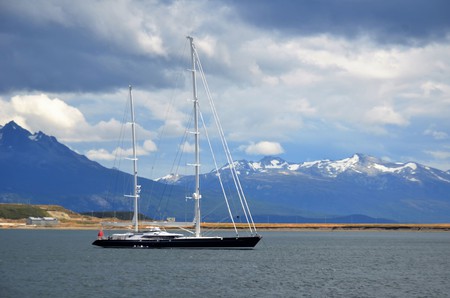 An unmissable part of the Ushuaia experience, navigating the Beagle Channel is a must-do for anyone taking the trip to Tierra del Fuego. This channel crossing affords visitors some of the best views back towards the city of Ushuaia, as well as remarkable vistas of the Patagonian landscape. From the boat you can also see the Isla de los Lobos and the Isla de Pajaros, where you can observe sea lions and birds respectively. The boat will also drop you off at various points where you can cross one of the many bridges that link the islands to get better views of both Argentina and Chile.

See the surroundings on skis

If you head to Ushuaia in winter, it’s the perfect opportunity to get out and about on a set of skis or snowshoes. Ushuaia has its very own dinky ski resort, Cerro Castor, which is a local affair and doesn’t quite match up to bigger resorts such as Cerro Catedral in Bariloche. However, this doesn’t mean there isn’t plenty of fun to be had on the slopes or in the backcountry. There is also excellent cross-country skiing to be had in the woods around the town.

Experience the forests on a dog sled 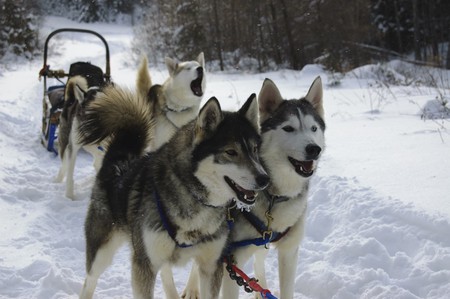 Experience the thrill of being pulled through the lenga forest by Siberian huskies! Certainly a once-in-a-lifetime event, these dogs are naturals when it comes to navigating the snowy terrain around Ushuaia. This is also a great option for families with kids who are planning to spend some time in the southern cone over the winter months from June to September, because who doesn’t love being pulled around in a sleigh by some pooches?!

Walk among the penguins

Become a penguin whisperer with a day-trip to Ushuaia’s very own penguin colony on Martillo Island. Home to a large colony of Magellanic penguins, these tiny tuxedoed waddlers are inquisitive and friendly and are not afraid of humans – good news for anyone whose dream it is to walk among the penguins. Live out your fantasy in Ushuaia!

See the lighthouse at the End of the World 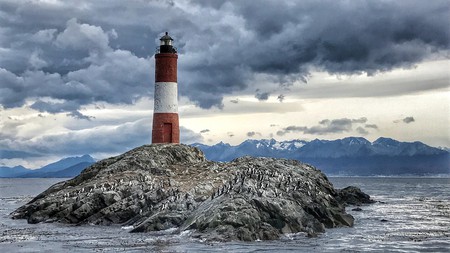 The Lighthouse at the End of the World | © alina gnerre/Flickr

This lighthouse has taken its rightful place as one of the classic souvenirs that people bring back from the End of the World, as it can often be found as the centrepiece of snowglobes sold in shops around the city. The Les Eclaireurs lighthouse is almost cartoonish with its red and white striped column perched on an island in the middle of the Beagle Channel and, given its location, there really is no other lighthouse in the world like it.

Charles Darwin, Ferdinand Magellan and Francis Drake all passed through Ushuaia before it was even Ushuaia. Magellan not only gave the region of Tierra del Fuego its name, thinking that he could see fires lit by menacing indigenous populations from his ship that were intended to scare him off, but he also gave the friendly penguins their distinction as Magellanic too. Charles Darwin is also immortalised in name with the body of water that is a continuation of the Beagle Channel being named after him – the Darwin Sound. Visit the Museum of Tierra del Fuego’s history to find out more about the explorers, their undertakings and the exploration routes they took.

Send a postcard from the End of the World

The quintessential tourist activity in Ushuaia, along with getting your passport stamped in the tourist information centre. Nobody can claim they have visited the city at the end of the world unless they have proof, and what better way to say “I told you so” to all the non-believers than to send a postcard home from the Land of Fire and the world’s southernmost city. Send one to yourself as well just in case theirs gets lost in the post.

Visit the maritime museum and jail 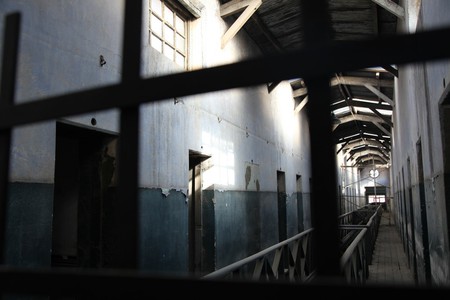 The jail in Ushuaia | © Liam Quinn/Flickr

It might be surprising to learn that there used to be an operational prison in the city of Ushuaia, but given other faraway prisons such as Alcatraz, perhaps it follows that the 19th century institution of incarceration was its own form of cruel and unusual punishment. No doubt the inmates were cold and damp due to the blustery location of the jail, and one can imagine how it must have felt as you can visit the former cells inside the jail itself. The maritime museum also has lots of interesting information about the city, the surroundings and the nautical activities of Tierra del Fuego.

Walk across a peat and bog valley to arrive at the stunning turquoise lagoon with the enchanting name Esmeralda. Ringed by craggy snowcapped mountains and surrounded by a dense lenga forest, the hike to Esmeralda is worth the reward of incredible scenery and the tranquil sounds of nature all around.

Trek in the national park 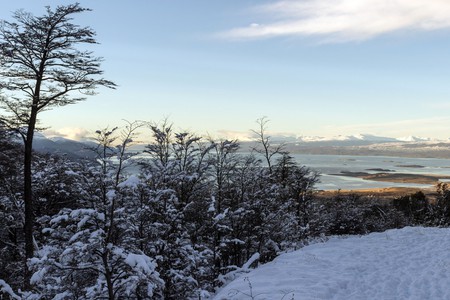 Tierra del Fuego National Park provides ample opportunity for any outdoorsy types to get their fill of nature and exercise. Rivers, lakes, glaciers and virgin forest all await you in this natural paradise, and you are sure to come across an array of birds and native plants, trees and flowers to give you the true experience of the Patagonian wilderness.