The Palacio Barolo is a landmark building in Argentina. Located at the end of Buenos Aires’ Avenida de Mayo, this unique piece of architecture was based on the structure and content of the 14th-century epic poem Divine Comedy by Dante Alighieri. 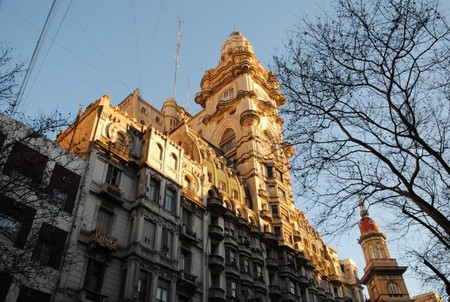 Declared a national historic monument in 1997, the Palacio Barolo was once South America’s tallest building. Whilst this is no longer the case, the building still towers above neighbouring structures and offers one of the best spots to capture panoramic views of the capital and largest city of Argentina. The building constitutes one of the largest monuments to the work of Dante Alighieri, the major Italian poet of the Middle Ages, anywhere in the world, and is a unique example of an attempt to marry literature and architecture. 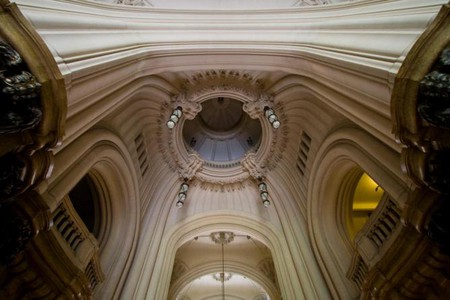 Entrepreneur and Italian immigrant Luis Barolo commissioned the Italian architect Mario Palanti to design The Palacio Barolo in 1890. Believing that Europe had begun drifting towards a collapse, Luis Barolo intended the building to house the ashes of his hero Dante, away from the disintegrating doom he found in Italy. His partnership with Mario Palanti (also a Dante aficionado) resulted in a safe haven for the soul of Dante in Barolo’s adopted hometown of Buenos Aires. 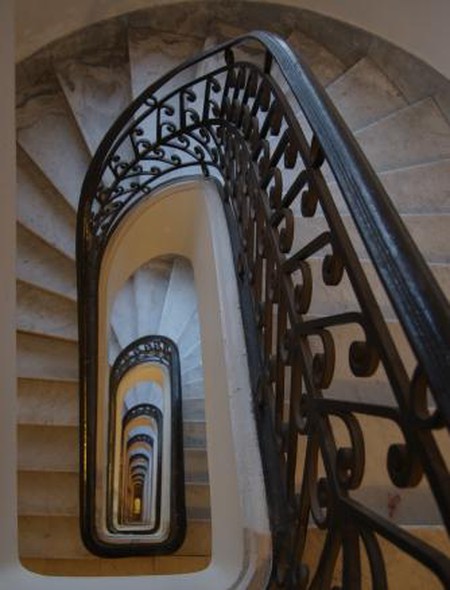 Luis Barolo and Mario Palanti’s admiration for Dante can be seen throughout the entire structure of the building. The height of one hundred metres corresponds to the one hundred cantos of Dante’s work. The nine access points within the building represent the nine circles and the nine hierarchies of Hell. The still working lighthouse represents the nine angelic choirs. Over the lighthouse is the Southern Cross constellation, aligned with the actual constellation on July 9th, Argentine Independence Day. The care in the detail and reference to the Italian poet is characterised throughout the building right down to the inscriptions in Latin. The overall design structure was also based on the number most prevalent in the Divine Comedy: twenty two. The building’s twenty two floors reflect the number of stanzas in the epic poem, and the building like the work, illustrates the visitors journey through hell, purgatory and paradise as they climb their way to the top. The complex neo-classical façade and tower evoke the expressionist architecture of Spain’s Gaudí whilst also bringing to mind the best examples of Art Nouveau architecture in Paris. 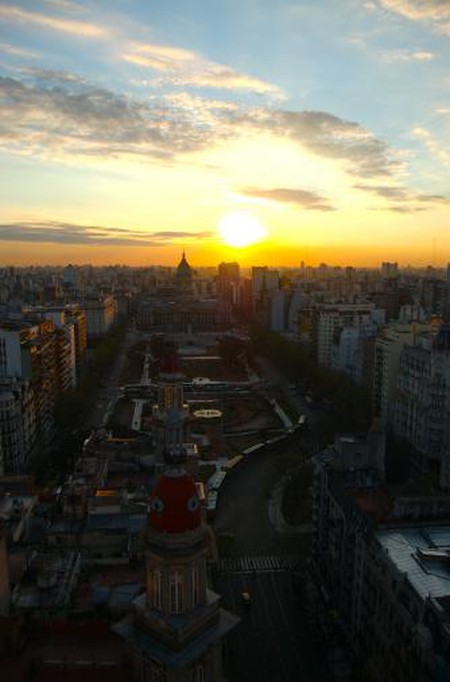 English and Spanish tours are offered Monday and Thursday every hour on the hour from 4 to 7pm, and Saturdays at 5pm (with reservation). Evening tours commence at 8pm on Mondays, Wednesdays and Saturdays, with Thursdays at 8:30pm, which includes a visit to the lighthouse and wine. Daytime tours cost $65 and the night-time tours $130. Towards the end of the tour you are taken to the dizzying heights of ‘paradise’ where you can take photographs from several balconies around the top tower. It is also possible to enjoy the views from inside of the tower without having to step outside for those uneasy with heights.

To book a place on the Palacio Barolo tour, click here.