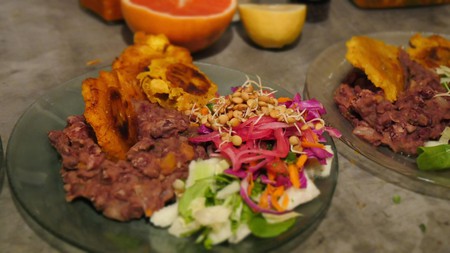 At first glance, Buenos Aires seems to offer little in the way of food beyond pasta and a ridiculous amount of grilled meat (except, of course, for these six amazingly unique Argentine restaurants). Behind closed doors, however, the city offers a wide range of culinary experiences led by chefs working out of private establishments. Known as puerta cerradas, or closed-door restaurants, the scene is big in Buenos Aires – here’s our pick of the best.

Bread + butter is an Instagram-only closed-door restaurant with no fixed location. They offer private dinners at different (read: unconventional) spaces every Monday night. Reservations and prices are provided only through private message on Instagram, so start following them now.

La Pasionaria is an antiques shop and new closed-door restaurant housed in an old train warehouse in Palermo. Run by a longtime Argentine antiques collector (and renaissance man) Pancho Salomón, La Pasionaria is full of unusual items he’s collected over the decades from countries all over the world, mostly by way of immigrants who have settled in Argentina. In terms of ambience, the place offers a beautiful mélange of past and present. 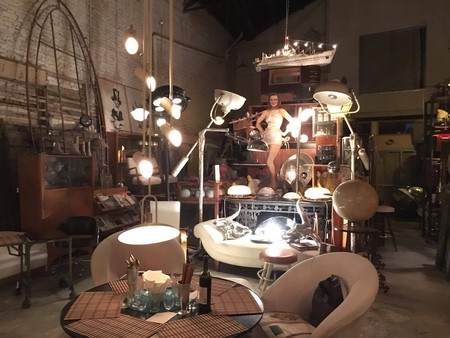 The dinners, which are prepared by Salomón‘s gastronomically-gifted son, are usually a twice-weekly affair, sometimes more (though Fridays and Saturdays are usually a given) – often there’s live music, too. “We create what we’d like to have if we went to eat somewhere,” Salomón told Culture Trip, describing the La Pasionaria dining experience as a multi-sensory affair, which is true – incense burns, a Charlie Chaplin movie flickers on a brick wall, music plays, while each antique dining chair at one of the half-dozen vintage tables comes from a different time period and is upholstered in a different tactile fabric. Then there’s the food, which comes as a set four-course menu that changes by the season. To reserve, call directly (+54 15 5913 6519) or contact them through their website.

Founded in 2005, Casa Saltshaker is one of the city’s oldest puerta cerradas. The brainchild of Michigan native and chef Dan Perlman, the intimate shared-table experience facilitates new friendships as much as it does a stellar, five-course meal. “The whole social experience is a huge part of what we offer, and that’s why we stick with the communal table,” Perlman told Culture Trip. Speaking of which, the Recoleta restaurant’s ten-person table fills up fast, so reserve early through their website (exact address revealed upon reservation). 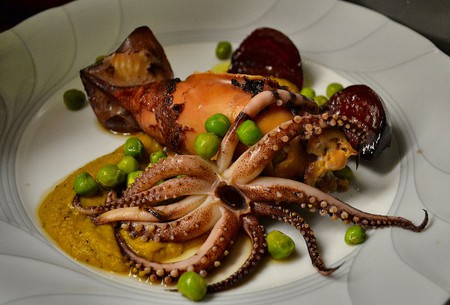 According to Perlman, only three or four of the city’s 40-odd closed-door restaurants have preserved the idea of a communal table, so Casa Saltshaker offers a pretty unique experience in a city where closed-door restaurants have become more mainstream. The food is Mediterranean-influenced South American, often featuring ingredients from Chile, Peru and Bolivia. Perlman also makes his own bread, cheese and even sausage. He offers cooking classes and has just published a cookbook called Eat Salt. 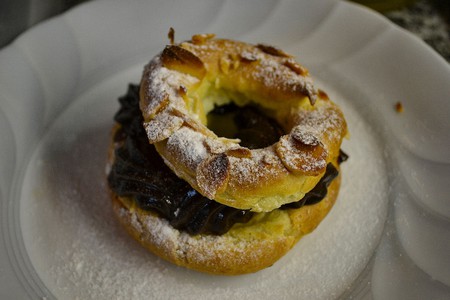 A former sommelier, Perlman selects the wines paired with each course with care. In short, Casa Saltshaker offers diners an exquisite culinary experience, the high likelihood of making some new friends – and even a welcome cocktail to start.

Paladar is a closed-door restaurant in Villa Crespo that offers dinner every Friday and Saturday night to groups of 10-18 people. Diners choose one of three Argentine-specific themes: ‘Terroir and Flavors’, ‘Learning About Yerba Mate’, or ‘Tango and Asado’. Each dining experience offers some element of cultural immersion – for example, a tango class – and comes courtesy of the dedicated multilingual staff (with seven languages among them, no less).

Paladar offers a set menu which changes monthly (and can be viewed here), as well as culinary workshops and cooking classes. Reserve through their website or call +54 11 15 5797 7267 to receive the address.

Jueves A La Mesa is a vegetarian closed-door restaurant in San Telmo that offers a rotating menu of plant-based meals inspired by cuisines all over the world. Now in its seventh year, the restaurant’s 14 seats fill up quickly for the shared-table four-course Thursday night meal, so book early.

Founder Meghan Lewis, who also owns the Buenos Aires-based Buena Onda Yoga, told Culture Trip she started her venture as “yoga students were always asking about where to get flavorful and nourishing vegetarian food and I was already doing lots of dinner parties. People would say things about the food not being good here and I knew that the produce available is amazing, just needed some imagination and love”. Speaking of love, the homemade chocolate dessert that comes with the dinner is full of it. (Note: Jueves A La Mesa will be closed June 2017 through October 2017.)

Trientasillas is a closed-door restaurant offering a rotating menu created by chef Ezequiel Gallardo. The menu, which is paired with wine, involves rich plates such as salmon mi-cuit and lamb-stuffed cannelloni. 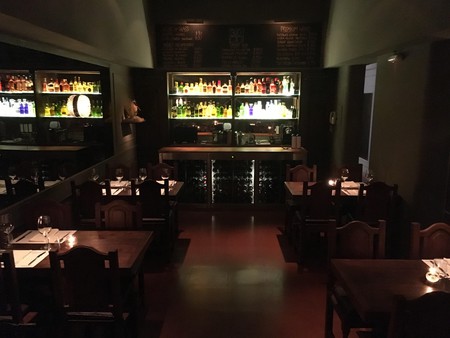 Trientasillas also sells house-made products like jams and chutneys. Dinner reservations can be made through their online form.

Casa Felix is a closed-door pescatarian restaurant in the Buenos Aires neighborhood of Colegiales that is part of an international food project called ‘Colectivo Felix’, focused on culinary experimentation and the farm-to-table movement. While the eco-gastronomic initiative itself is the work of Argentine chef Diego Felix and American photo-journalist Sandra Ritten, Casa Felix is run by chef Álvaro Zapata, who offers a seasonal six-course menu to encourage the public to play around a little more with their palates. As well as in-house dining, Casa Felix offers an Edible Tour of Buenos Aires accompanied by cooking classes. Their location revealed upon reservation by phone (+54 911 4147 8100) or by email (reservascasafelix@colectivofelix.com).