Spiritual Leader Of The Nation: Eva ‘Evita’ Perón Of Argentina

María Eva Duarte de Perón, known as Eva Perón and affectionately nicknamed Evita, is a pivotal Argentinian figure who, not only won the nation’s heart in her short lifetime, but had a major impact on the country’s politics. Eva Perón captured both the attention and hearts of people across the globe, as evidenced by her life and story being shared through both films and the theatrical stage, with Andrew Lloyd Webber’s Broadway musical Evita. Read on to further discover the life of the ‘spiritual leader of Argentina’. 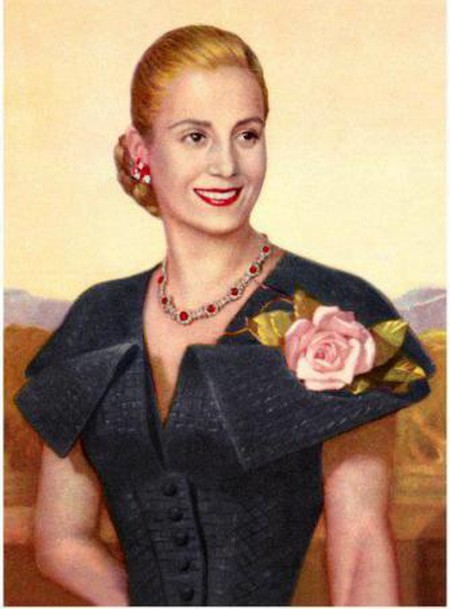 Born in 1919, Evita grew up in rural Argentina in a village called Los Toldos (where visitors will now find a museum situated in the house of her birth). Her mother was the mistress of Juan Duarte, and Evita was the youngest of five children from this relationship. Eventually her father abandoned this second family for his legal one, leaving Evita’s mother in financial hardships. Eager to make a name and fortune for herself, Evita left for Buenos Aries at the age of 15.

Evita is celebrated in Argentina for her passion and commitment to the working class in Argentinian politics. Although she youthfully dreamed of becoming an actress, it was meeting her future husband, Juan Perón, which would change the direction of her life. At the time of their meeting, Juan was the Secretary of Labor and Social Welfare, and aspired to become the President. Marrying in 1945, the two worked together to campaign for Juan’s presidency and were immensely popular with the working class because of their focus on workers’ rights and welfare. Many elite figures were reportedly threatened by this, and consequently sanctioned Juan’s arrest before the election. However, after hundreds of thousands of protesters gathered in front of the Government house demanding his release, he was soon freed, allowing him to gain victory in the Presidential Election of 1946. 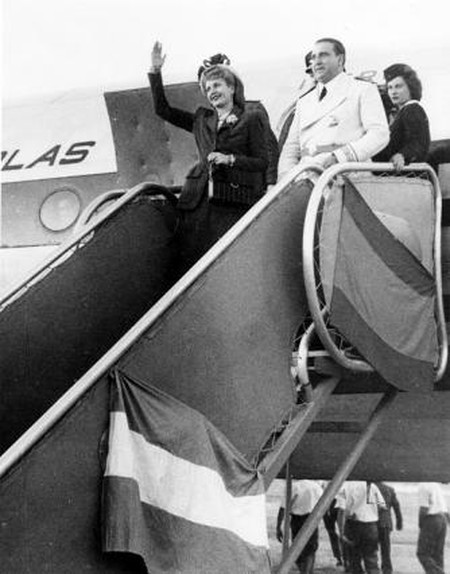 Although she held no official political title other than ‘First Lady’, Evita was reportedly the Secretary of Labor ‘in everything but name’. She actively and passionately campaigned for workers’ rights, social welfare, and higher wages, and often made public appearances in places such as hospitals and factories, gaining further support. Renowned for her charity work, she even started her own organization: the Eva Perón Foundation, which helped children from disadvantaged backgrounds gain scholarships and financial assistance to pursue further education. On top of this, Evita was a supporter of women’s rights, and is considered influential in gaining women’s suffrage in 1947. Evita created the Female Peronist Party, further helping women become more active in Argentinian politics.

With incredible popularity and the nation behind her, Evita considered running for Vice President under her husband in the 1952 elections. This caused tremendous political controversy; the Argentinian military and the upper class officials were outraged at the proposal, while her vast number of supporters cheered in their millions at a mass rally, encouraging her to make her candidacy official. Several days after this rally Evita announced over the radio that she would not run for Vice President. Unknown to her at the time, Evita had advanced cervical cancer and, feeling her health degenerating, she was unsure whether she had the endurance for the campaign. Instead she continued to support her husband, helping him secure his re-election in June 1952. A little over a month later, she passed away and the country mourned her death. In a ceremony after this sad day, Evita was given the official title ‘Spiritual Leader of the Nation’. 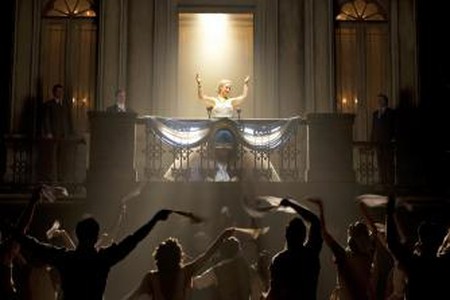 Evita inspired and changed a nation, and the love held towards her can still be felt in Argentina. In an attempt to capture this story and share it with the world, many artists and writers have used Evita as the subject of their work. One such project was Andrew Lloyd Webber’s 1976 Broadway Evita — with lyrics written by Tim Rice. This musical was an international success, with songs such as ‘Don’t Cry for me Argentina’ becoming an iconic part of musical history. This production was recently revived in Broadway in 2012, and commenced a North American Tour throughout 2013. Re-exploring the life and influence of this national icon and receiving critical acclaim, Evita is ensuring that the world remembers the passion of Eva Perón, a woman who will forever be remembered as the spiritual leader of Argentina.

Watch the trailer for the 2013 Broadway revival of Evita below:

If visiting Buenos Aires, the Eva Perón Museum is a must-see.