How to Do a Proper Asado in Argentina 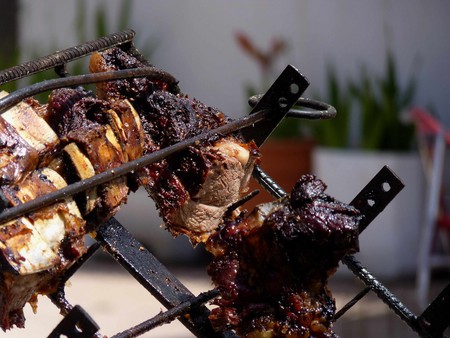 Anyone planning on traveling to Argentina will no doubt go in search of the world famous meat that Argentina is known for. This can obviously be found in any parrilla, or steakhouse, but a more traditional way to consume Argentina’s famous beef is by attending an asado, or a barbeque. We tell you how to do an asado the Argentine way. 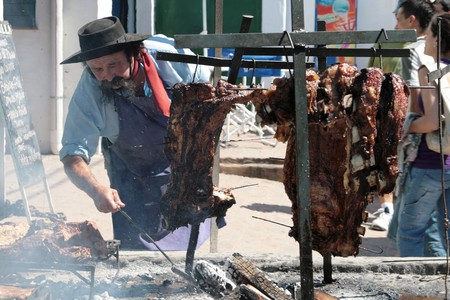 Before we get into the best way to prepare and eat an asado, a bit of history. Beyond the urban centre of Buenos Aires, Argentina’s capital, is a country full of flatlands and grasslands known as the pampa. The pampa is where horses, cows, and sheep are bred and raised, and the people responsible for caring for the livestock are known as gauchos, Argentina’s version of the cowboy. The gaucho life has been immortalized in literature by Jose Hernandez’ famous book Martin Fierro, and in art by folk painter Molina Campos.

Gauchos spend endless hours out on the pampa surviving on meat and mate. It was the gauchos who pioneered the art of the asado. They would slow cook the meat on the flavorful tinders of the quebracho tree. The cow or the lamb would be splayed and attached to a frame, known locally as “la cruz”, or the cross, which would enable the fat to run down from top to bottom, tenderizing and flavoring the meat as it cooked. This way of cooking the meat is known today as “al asador,” and is more commonly seen in rural places or speciality restaurants. 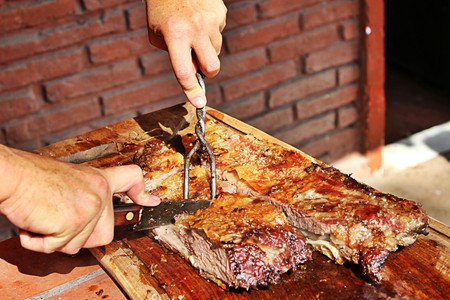 For most Argentinians, an asado is not something only for gauchos out on the pampa, but is a common occurrence and a near-sacred part of daily life. Somewhat akin to a barbeque in most other countries, an asado is set apart due to the ritualistic aspects of the gathering, the frequency of the tradition, and abundance of quality meat. An asado typically happens at a weekend, and during the week as well in summer time, and starts late, as Argentine meal times are wont to be. The event lasts for hours and is as much about the social gathering as the food.

There is only one person in charge of managing the grill, who is called the “asador.” The asador will be in control of everything, and there are usually only one or two people per friend group who will take up the challenge. And a challenge it is. The asador must be an expert in timing, knowing how long each item will take to cook, in order to provide a steady outflow of perfectly done dishes to the mingling guests. Also, it’s more common these days to use charcoal than wood in urban areas, and there is a skill to lighting the fire. Most buildings will have a built-in barbeque area with a room called a “sum” attached, which can be rented out so people can host asados. The asador will light the fire using newspaper and charcoal and, once the coals are hot, they are spread evenly over the floor of the grill from left to right. The grill itself has a lever on the right hand side which allows it to be lowered over the coals to cook the meat. 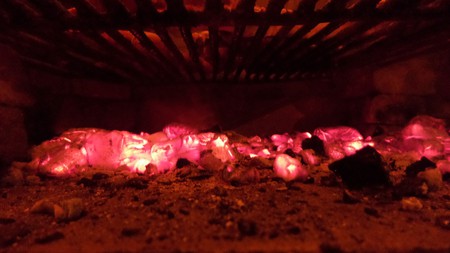 The burning embers under the grill | © Colores Mari / Flickr

There is an order of meats on the grill. First are the appetizers of chorizo, salchicha parrillera, and morcilla, or sausage and blood sausage. Provoleta is a traditional cheese that is also grilled, and these items are usually consumed near the beginning, with bread, as they cook the fastest. Other starter options are chinchulines, which are intestines, mollejas, or sweetbreads, and sometimes rinones, or kidneys.

For the main event, there are a couple of different cuts that usually make it onto the parilla. Tira de asado is a common one, or short ribs. Ojo de bife, bife de chorizo, and bife de lomo are ribeye, sirloin, and fillet steak respectively and are the more expensive cuts of meat. The tastiest cuts, however, are vacio and entrana, which are flank and skirt steaks. The meat usually comes out at different times, meaning you have a steady stream of steak coming your way throughout the asado. The asador will be nibbling away as he cooks, but his main duty is to the grill, and not to the dining experience. He will cut the meat as it is ready and it will usually be passed around or laid on a board and put on the table so people can dig in at will. Asados are meat and bread heavy, but there is often a simple salad served to accompany it, with lettuce and tomato as the main ingredients. Greasy French fries may be common in restaurants, but not so much at social asados as they take a long time to prepare. 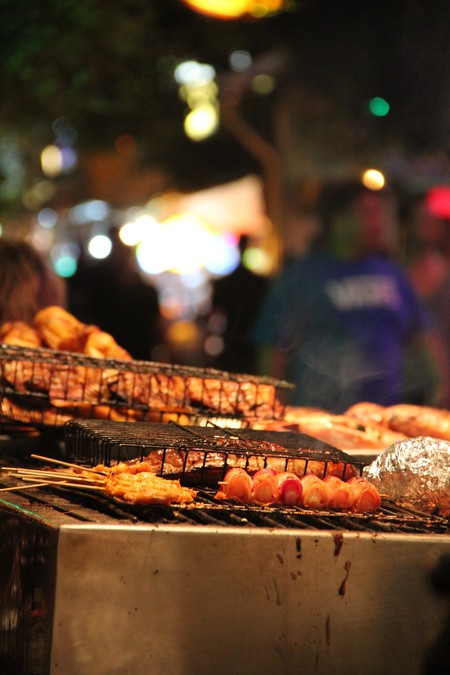 The best way to experience an asado is to befriend the locals. Luckily, it’s easy to find friendly and chatty people who regularly host asados, so this may be easier than you think! Alternatively, you can go on a parrilla tour, or if you head out to an estancia for a day in the campo, you’ll most certainly be able to have an asado in the traditional Argentine fashion.