How to Celebrate Dia De La Independencia Like an Argentine 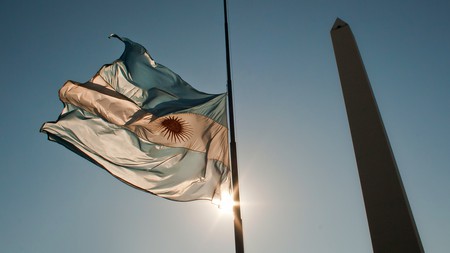 Independence Day is a big deal in many countries, and Argentina is no exception. Although it doesn’t exactly have the bells and whistles that the 4th of July in the United States favors, it is nonetheless a national holiday and there are political parades that take place in city centers, particularly in the capital Buenos Aires and the site of independence in Tucuman. Here are some surefire ways to make sure that you’re spending Independence Day in Argentina like a local.

Many people can get confused by two of the big national holidays that occur around the same time in Argentina. Dia de la Independencia is officially celebrated on July 9, when Argentina claimed their independence from Spain. It is not to be confused with May 25, the day of the 1810 May Revolution, an event that set the liberation of Argentina on its course. 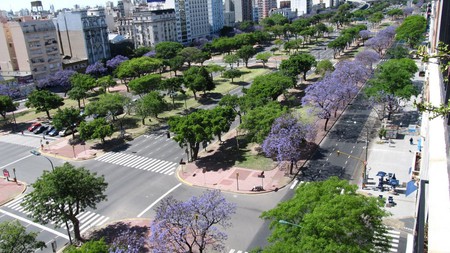 Independence Day occurred on July 9, 1816—or 9 de Julio as it’s called in Argentina—when the Congress of Tucuman in the northern territories declared independence from Spain. Uruguay, Bolivia and Paraguay were also freed from Spanish rule under this act, which created a group of nation states called Las Provincias Unidas de America del Sur, or the United Provinces of South America. Today, almost every settlement or town has a 9 de Julio street, and in fact Buenos Aires’ main avenue is called Avenida 9 de Julio, and is the widest avenue in South America—so wide it required the demolition of an entire city block for its creation.

July 9 is a national holiday and, this being Argentina, is a time for family and celebrations. Argentines like to get together whenever possible, and large friend groups and a commitment to family are strong cultural traits. So, although you may not be an Argentine or have Argentine relatives, there are still some things you can do to join in the celebrations like a native.

Dia de la Independencia celebrations are often a day-long event, gathering with family at around lunchtime and spending the day together. And what do families do best in times of celebration? Eat and drink, of course. The menu is a societal fixture of Independence Day, and you can be sure of eating two things: locro and pastelitos. Locro is a thick, hearty stew made from dried white corn (hominy), sweet potato, squash, and meat. As this was traditionally a peasant’s dish, cheaper cuts of meat that stew well are often used, with ossobuco—using veal shanks—being a favorite, as the bone can be left in too, really adding to the flavor. Smoked bacon and chorizo are often added into the mix to create a delicious, warming casserole that is perfect for the winter day that 9 de Julio falls on. Locro is served as the main meal, accompanied by a bottle of Malbec to help you settle into the afternoon. 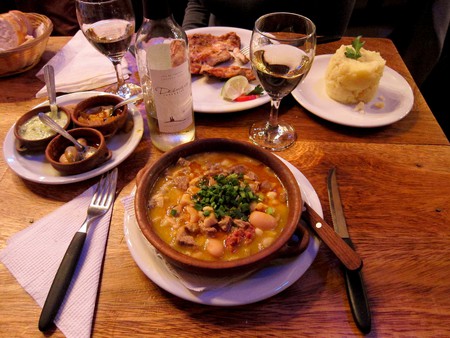 Later in the day, once you have recovered from the locro food coma, it’s time for dessert, and this is where the pastelitos come in. Pastelitos are fried pastries served with custard or jellies. In the late afternoon they are eaten with mate, a typical Argentine tea that is designed to be shared. Argentines love to sit around and chat, and some afternoon tea is the perfect way to socialize as the day winds down.

But it doesn’t end there. Argentines have a very sweet tooth, so to close the day churros and hot chocolate are eaten. Churros are like a long, salty doughnut, and in Argentina they are dipped in hot chocolate to sweeten the taste. By this time you’ll be ready for bed, and can head home with a full belly. If you aren’t fortunate enough to be invited into someone’s home for 9 de Julio locro and pastelitos, most restaurants will serve the stew on these national holidays—just look for chalkboards or signs in the window that say “locro.”