With a prolific music scene and hundreds of international artists performing every year, Buenos Aires has several incredible alternative music festivals. From national rock to hip-hop, punk to hard-core metal and electronica, the city invites you to experience the best of its vibrant music culture. 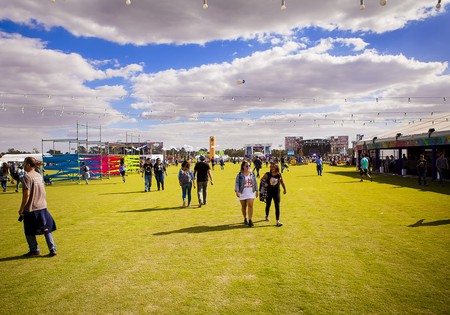 Celebrating its third year, Lollapalooza has become one of Latin Americas most exciting festivals. Located in San Isidro, It’s got a bit of everything and covers all forms of music from alternative indie rock, punk and more. Showcasing some of the world’s biggest acts, the festival started in the United States and first came to Argentina back in 2014. In the past, the two day extravaganza has included artists such as the Red Hot Chilli Peppers, Soundgarden and Eminem as well as local talents like IKV, Pedro Aznar, and Pez. For those who can’t make it to the Argentine edition, you can also catch this musical tour-de-force in Chile and Brazil. 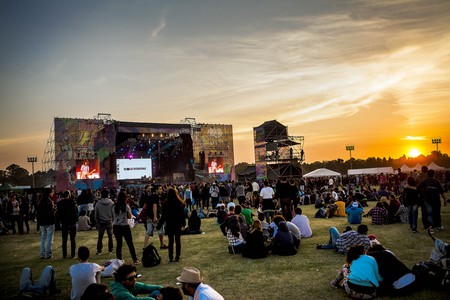 Personal is one of the main mobile phone providers in the country. In fact, the network is so big they decided to organise and sponsor their own music festival. Since 2004, the two-day Personal Fest has brought together a range of national and international musical talent from the likes of Morrissey, Primal Scream and Blondie. And if you want to experience something a little more traditional, the festival also plays host to a load of local talents. Each year holds a different theme but expect loads of flashing lights and technicolour neon screens.

Known for its incredible electronic music scene, the Ultra Music Festival has gained thousands of fans since it started in Buenos Aires in 2012. Every February, its lineups bring the best of the international electronic music scene bringing partygoers together for a two-day extravaganza where everyone dances until dawn. Armin Van Buuren, Paul Van Dyk, Tiesto, Avicii, Hardwell, Martin Solveig, Afrojack, Hardwell, Nicky Romero, Marco Carola, Alesso, and many more have performed on these stages. Founded in 1999 in Miami, Florida, this festival is also based in Spain, Peru, Brazil, Chile, South Korea, Croatia, Japan, South Africa and other countries.

Even if Ultra Music Festival has gained a reputation as a top electronic music festival, it is hard for it to replace the firmly established Creamfields. At the top of electronic festivals, at least in Buenos Aires, this event had its first edition in 2001 with Argentina’s capital as its first Latin American venue. Through the years, this UK native has become an audience favourite, with an artistic proposal that gathers big international figures, with locally recognised artists and emerging talent, in a non-stop outdoor party. Through its past festivals, people have danced to the beat of artists such as The Chemical Brothers, Gorillaz, Fatboy Slim, Tiësto, Groove Armada, David Guetta, Hernan Cattaneo, and Zukker, among many others.

Inspired by the Indian Holi Fest, a sacred Hindu celebration, this festival takes the usage of colours to recreate a unique creative event. Now after four years, the festival has unified music with colours in an artistic party far from the noise of the city. With its big green space at its location, this event is also organised in other parts of the country such as Córdoba and Mendoza, and it’s taking its vibe to neighbouring countries like Uruguay. We Color is an extraordinary experience that will enhance all of your senses during an entire afternoon, mixing live bands and DJs – like Miss Bolivia, Lo Pibitos, Banda de Turistas, and more – with the tranquility of nature, gourmet food, colours, and many surprises. Each ticket includes a colour bag that allows you to have your own dose to paint the ambience whenever you feel like it.

La Plata is the capital of the province of Buenos Aires, a city of university students and a perfect spot for art expressions to converge. This is one of the reasons why it is almost natural that an event like Ciudad Alterna has been born in location like this one. This festival takes place each November and, for five years now, has been presenting the main actors of the city’s rock culture next to other national figures. It is a free and open festival that proclaims itself as nonprofit. Aside from the mainstream circuit, during two days, the streets of La Plata fill up with artistic activities that offer visitors not only concerts but also art exhibitions, fairs, cinema, and seminars. Originally, it started as a group of rock shows, but now it has become one of the largest multidisciplinary festivals in the country.

Baradero is a village located 142 kilometers away from Buenos Aires that frequently hosts a recognized summer festival of national rock in Argentina. In 2016, the city will once again receive thousands of visitors that go there to listen to some of the most relevant bands of the local scene. Within a vast open space, this event is distinctive as most people prefer to camp during the days of the festival, as they get the chance to enjoy a February weekend with friends and family next to a river landscape. With bands such as Los Auténticos Decadentes, Las Pelotas, Almafuerte, Kapanga, Guasones, La 25, Bulldog, Carajo, Attaque 77, and more, Rock en Baradero is a great excuse to take a trip outside the city and learn more about local sounds.

Another classic of Argentinean rock music is Cosquín Rock. Located in the province of Córdoba, this lively festival has been going for 15 years now and attracts around 140,000 people from all over the country who rock out to the of heavy metal, punk and reggae. surrounded by a beautiful mountain landscape during the best time of the summer season. Some of the main local bands and other important artists from neighboring countries that perform every year on its stages include Charly García, Los Piojos, Divididos, Los Cafres, Los Pericos, La Vela Puerca, Molotov, El Cuarteto de Nos, and hundreds more. Cosquín Rock is certainly the event you are not supposed to miss if you want to know what Argentinean music is about.