Buenos Aires-born Alan Faena, visionary property developer and founder of the Faena Group, has spent the last decade developing properties and neighbourhoods in Argentina that are part-architecture, part-cultural experience. As work continues on the ambitious new Faena District in Florida, the centre of which is his conversion of the Saxony Hotel, we explore his past projects and discover more about his grand project in Miami Beach. 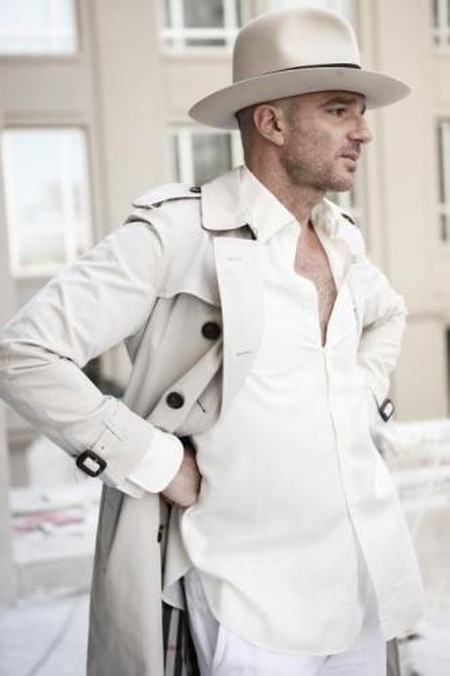 Alan Faena has received some ecstatic praise in recent years. Film and theatre director Baz Luhrmann in an interview last year complimented his ‘romantic persona’, whilst interior design website Curbed called him ‘grand conductor of his architectural orchestra’, building ‘a campus of architectural fantasias’. That both of these descriptions use the idiom of the literary or the musical comes as no surprise, for the arts have always been central to Faena’s work as a property developer. Arts centres, artist-in-residency programs, even cabaret performances are key to what makes a project a Faena project, a hotel a Faena hotel. This is not the eye-gougingly terrible art and lazy dinner theatre of most hotels, however, but a connection between the arts and property development created with a truly discerning eye — the resident cabaret show at the Faena Hotel in Buenos Aires receives almost as many plaudits as Faena himself.

This dedication to the arts continues to the interiors of these spaces themselves, often almost cinematic in vision. The hotel’s restaurant, El Bistro, was designed by Faena and designer Philippe Starck, and is a vision of white and gold with the walls decorated with mounted unicorn heads, like Kubrick directing stories by the Brothers Grimm. This continues to the Saxony, where interiors and uniforms are being designed by Luhrmann and his Academy Award-winning costume and set designer wife, Catherine Martin, who both share Faena’s commitment to opulent recreation of past spaces which are completely indebted to the present. Although Faena is too influenced by the avant-garde art world to fall for the campy excesses Luhrmann can sometimes suffer from, this seems like a perfect marriage. The addition of Martin and Luhrmann adds to Faena’s already bulging Rolodex of star collaborators, with world-admired architects Norman Foster and Rem Koolhass already working on the Miami Beach project. 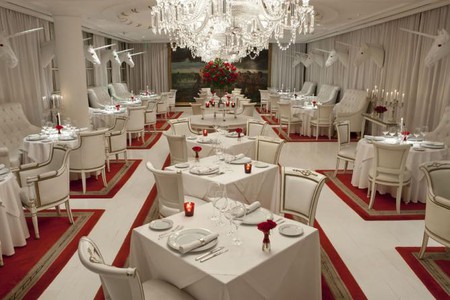 Born in the Argentinean capital in 1963, in his early twenties Faena followed his parents into the textiles trade and founded the fashion label Via Vai, turning it into a success and running it for just over a decade. At the turn of the Millennium, feeling that he wanted to ‘give [his] city a gift’, he began buying land in Buenos Aires’ dilapidated docklands, teaming up with Starck to develop the land into ‘the Faena District’. Central to this is the Faena Arts Center, a converted flour mill dedicated to showing the work of Argentina’s best artists: further evidence of the powerful link Faena has deployed between property development and the cultural arts. 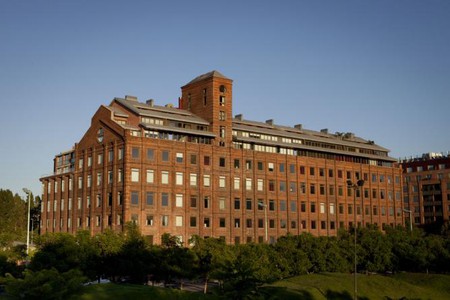 Following the success of this neighbourhood, Faena set his sights on global expansion for his brand with the Miami Beach project, a $550 million project featuring the aforementioned Saxony Hotel redevelopment and an American sister to Argentina’s Faena Arts Center. Although many have seen this as a shrewd move in light of Miami’s burgeoning art scene following the popularity of art fairs such as Art Basel Miami and PULSE Miami, it also follows in the spirit of Faena’s other cultural collaborations, with the site-specific art works that many have created for the Buenos Aires Arts Center allowing artists to become temporary collaborators in the architectural dreams of Faena, alongside icons such as Foster, Koolhass and Luhrmann. 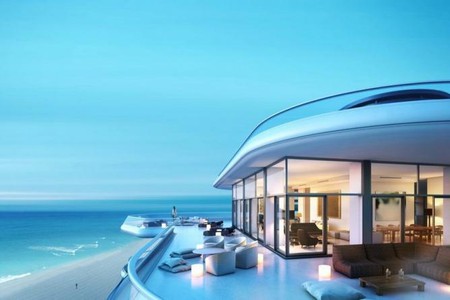 However, it would be a mistake to undermine Faena as simply one collaborator amongst many, despite the admittedly high-calibre and signature styles of those he works with. Interviews have shown that his collaborators are always heavily steered by the man whose name will appear on the building. OMA’s Shohei Shigematsu (whose company is designing the Miami Arts Center) is clear when he says ‘Alan is the decision maker’. Further to this Foster + Partners are said to have based their designs for the Miami Beach site’s luxury Faena House on Faena’s own relationship to the beach. Therefore, from his reinvigorating of Argentina’s belle époque at the first Faena Arts Center through his reimagining of 1940s Florida for the Saxony, regardless of the celebrity involvement, it seems what we are seeing is Faena’s vision, leading to an argument that Faena is an almost unheard of, perhaps even unique, creature: a property development auteur. 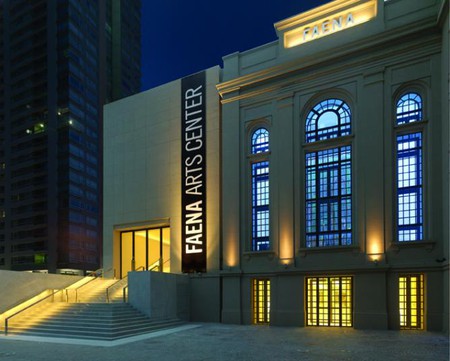 With that in mind, what’s next for the developer of cultural dreams? The moving of the Faena ethos from Argentina to the United States must surely be read as a sign of his global ambitions. Just as he left fashion in the mid-1990s to move on from the design of something that affects the single person to pursue the grander designs of entire neighbourhoods, the Miami Beach development seems a sign that Faena is not content to simply develop his attempt at utopia in one single country. And now that Faena could be seen as an auteur, that is having a distinct noticeable stylistic signature, it is no surprise that he wishes to test it out across the world, first in America but perhaps also in Asia, or Africa. This could make for some fascinating development, as Faena’s already strong teams find itself combined with the artistic, architectural and cultural talents of each respective country to create completely new forms, totally indebted to forms of culture like film and promoting new interactions between architectural and living spaces, as well as cultural experiences of all kinds. First Miami, then the world.