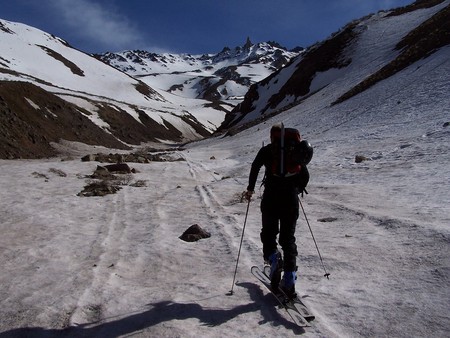 Get to grips with Las Lenas | © Andre Charland/Flickr

Las Leñas ski resort in Argentina is one of the most challenging and adrenaline-inducing in the Southern Hemisphere. Known for its high altitude and incredible off-piste and backcountry ski touring opportunities, Las Leñas attracts daredevils from all over the globe who come to conquer the Andes on skis or a snowboard. Check out our insider’s guide to tackling Las Leñas.

Las Leñas is a ski resort located in the province of Mendoza in eastern Argentina. One of the most well known ski resorts in the country along with Bariloche in Rio Negro, Las Leñas was built in 1983 and operates between June and October. Its base is at 7,350 feet above sea level, with its highest point at 11,250 feet. Because of its altitude, the entire resort is above the tree-line, making it similar to other resorts in the Southern Hemisphere, such as New Zealand. Its proximity to the Chilean border at the crest of the Andes makes for unpredictable snowfall, which is measured from the base of the resort, so it can be difficult to know what conditions higher up are like. The resort can be reached by flying from Buenos Aires to Malargüe and then getting a bus to the remote resort. Las Leñas is renowned for its powder snow, agreeable climate, and off-piste skiing options, making it popular with advanced and adventure skiers. 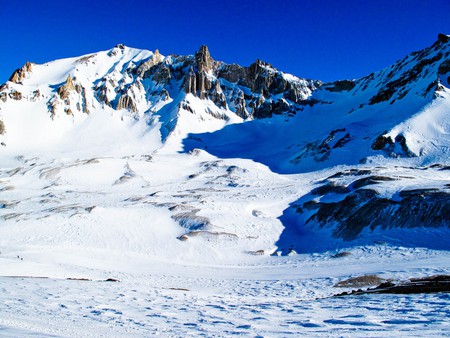 Las Leñas has 14 lifts in total, the most important being the famous Marte lifts. There are three double chairlifts that take experienced skiers up to the 11,250-foot peak to descend the most challenging terrain on the mountain, with some really long and fun runs. Because of the unique, treeless geography, the slopes made accessible by Marte are exposed, and Marte remains closed in conditions of high winds or avalanche warnings, with reports saying that it is actually only operational 40 percent of the time. This renders the most desirable parts of Las Leñas out of bounds, turning it effectively into a family-friendly ski resort when the die-hard skiers can’t access the holy grail of unmarked slopes they come so far to experience. 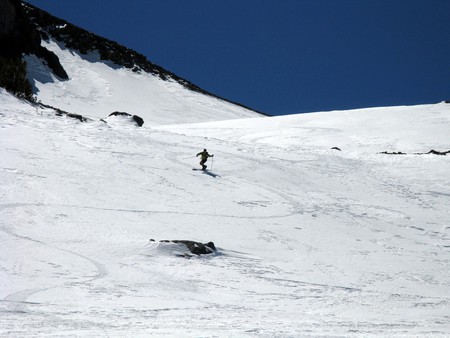 The resort can be divided broadly into two sides – the front side and Marte. The front side has the majority of the other lifts and provides access to the beginner’s slopes, in particular the novice-friendly Venus track. Minerva is ideal for intermediate skiers, and advanced skiers wishing to stick to marked pistes can hit the Caris and Vulcano tracks. 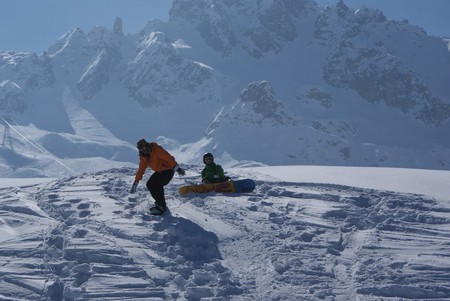 For those looking to show off their skills in the snow, there is a snow park located near the Minerva lift which has a number of rails, boxes, rainbows, and some hits for skiers and snowboarders. For those wishing to go off piste, this is a freerider’s paradise, with plenty of bowls, chutes, and virgin snow to keep you occupied. Many of the runs bring you back to the resort, but it is imperative that you know where you are going and that you bring avalanche equipment in case you find yourself in a dead end and have to hike back out.

Get to grips with Las Lenas | © Andre Charland/Flickr

The resort itself is a little out of date, but the late, Latino apres-ski makes up for it. Nightclubs get going later than usual, in typical Argentine style, and often stay open until the wee hours of the morning, especially at hot spots UFO Point or Urban which end at 6.30 a.m. The late nights are helped during the day by the traditional local tea, mate, which is full of caffeine to put some pep in your step. The village has a selection of shops and restaurants in Centro Comercial La Piramide, which is accessed by bus. There are a range of accommodation options, from private apartments to the high-end Hotel Piscis, which has spa facilities for your achy bones and joints after a long day skiing. Night skiing is also permitted for those looking to get their adrenaline fix in the dark.