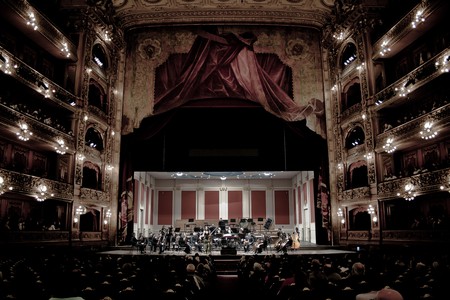 With its eclectic mix of European and Latin influences, Buenos Aires is a city that lives and breathes music. No matter the day of the week or the desired genre, there is a venue out there somewhere putting on a killer live show. From clubs to concert halls, record stores and festivals, read our guide to discover everything you need be known about Buenos Aires’ awesome music scene.

Buenos Aires has a number of clubs and concert halls to cater to every taste. Gigs vary depending on the night of the week, so check out our recommendations’ websites to see what’s on before heading out for an unforgettable night.

There are countless tango shows throughout the city, which means choosing just one can be a little daunting. To quickly summarize the best: Tango Porteño puts on a fun, upbeat show featuring a great orchestra, Rojo Tango Show offers a pricey but timeless Parisian experience, whereas La Ventana is famous for its authentic Argentine folklore inspired performances.

Those looking to get in on the action should check out one of the city’s lively milongas (tango dance clubs). Maldita is renowned for its excellent live orchestra and is a great option for beginners and pros alike, while La Catedral’s informal atmosphere and dress code make it very accommodating for the uninitiated. Most clubs offer lessons before their events which should definitely be considered before hitting the dance floor.

Folklorico in Argentina is kind of like country music, only better. Think gauchos strumming away on charangos while belting out epic love ballads to an enthralled audience. La Peña del Colorado is one of the city’s best, with excellent northern Argentine food and music, regular live shows and post-performance impromptu jam sessions from the general public.

Buenos Aires is a sophisticated city with a thriving classical music scene, featuring a number of elegant concert halls which host some of the world’s best orchestras. Of particular note is Teatro Colón, a stunning theater and local landmark with some of the best acoustics in the world, although there are plenty of others to choose from. 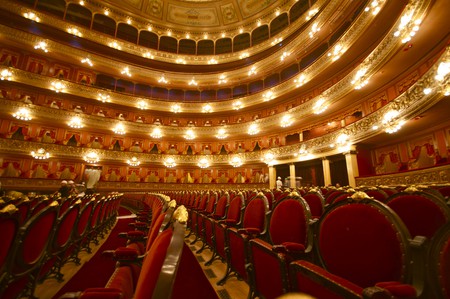 Buenos Aires is the birthplace of many of the continent’s finest DJs, so its no surprise the city has loads of awesome electro clubs to offer. Palmero institution, Niceto Club, puts on an epic techno night every Thursday called Club 69 which features show ‘girls’, awesome light shows and some bizarre performance art. Terrazas del Este is the city’s most famous super club, boasting four dance floors, 10 bars and space for 3,000 people. Finally, Crobar and Pacha are big name clubs which are definitely worth a look, but there are plenty more to choose from.

Not really a genre worth mentioning if it weren’t for the amazing La Bomba del Tiempo who put on a spectacular drumming show at the Ciudad Cultural Konex every Monday night. One of the most captivating regular live shows in the city, it’s all too easy to get carried away with their infectious rhythm. 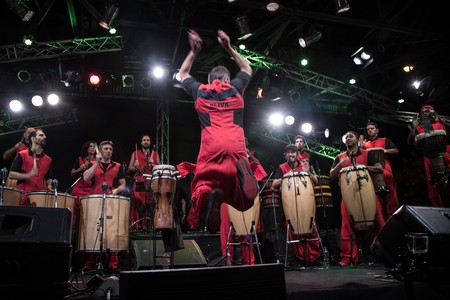 As one of the biggest rock cities in South America, there are plenty of pumping venues to see a rock show in Buenos Aires. Trastienda has been putting on live shows for over two decades with genres ranging from indy to SKA, Salon Pueyrredón is the city’s best punk venue and sells cheap, strong booze to get the crowd in the mood, while those into heavy metal should check out this site to see what’s happening.

A sizable jazz scene has evolved in the city over the years, becoming exponentially larger since the early 2000s. Thelonious is the city’s most famous jazz club, with a small and intimate space that is the epitome of cool. Notorious is another well known spot, a bit more upmarket but worth the extra pesos. 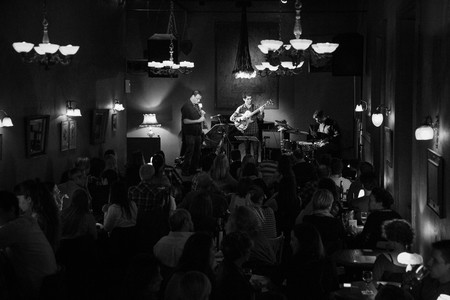 With a relatively strong economy and a huge number of extremely enthusiastic music lovers, no big band would dream of touring South America without stopping in Buenos Aires. Famous international artists perform at the high capacity venues of Luna Park, El Monumental or Teatro Gran Rex to insanely large crowds. Tickets are pretty much always sold online, so check out ticketek to see what’s on.

MP3s and Spotify have made life tough for the local record store, but there are a few places in Buenos Aires that have managed to keep afloat against the odds. One of the best is Eureka Records in San Telmo which is the biggest in the city, boasting a huge variety of vinyls and CDs as well as plenty of collectible magazines, tees and posters. 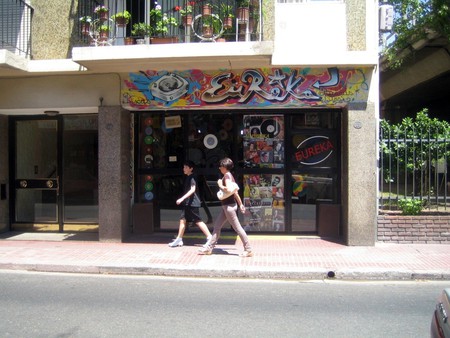 Argentines love a good music festival, so much so that many international artists have praised them as being the most enthusiastic audiences in the world.

Starting out in the United States before making its way to South America and around the world, Lollapalooza is the continent’s biggest and most sought after festival. Usually held in March at the Hipódromo de San Isidro, it showcases a little bit of everything including indie, rock, punk and electro. 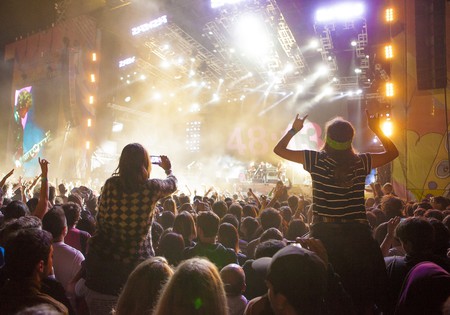 Originating in the UK, this massive electronic music festival first came to Buenos Aires back in 2001. The annual one day event never fails to attract big-name international and Argentine DJs.

The other enormous annual electronic music festival, Ultra has found a huge following since landing in Argentina in 2012. The two day show is usually held in February and pulls in an equal if not better lineup than Creamfields.

An estimated 400,000 people attend this 18 day annual festival which is billed as being the biggest tango event in the world. The festival includes all things tango such as live performances, classes, milongas, speeches, film screenings and competitions. 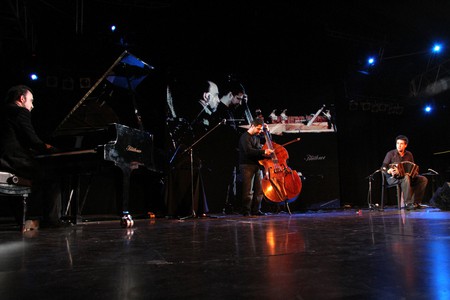 The five day Buenos Aires Jazz Festival is held in November at various local jazz bars and concert halls throughout the city. The country’s best musicians plus some international superstars get together in what is truly an unmissable event for the jazz aficionado.