A Glimpse into the Forgotten Jesuit Sanctuaries in Argentina's Jungles 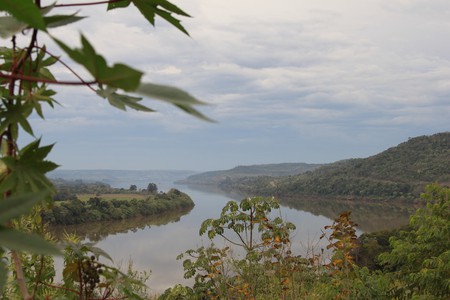 Argentina’s northern region on the border of Paraguay was once a hotbed of religious activity. This was just one of the areas where Jesuit missionaries founded a number of reductions when they came to spread Christianity in South America in the 17th and 18th centuries. We take a look inside these incredible religious complexes and what remains of them. 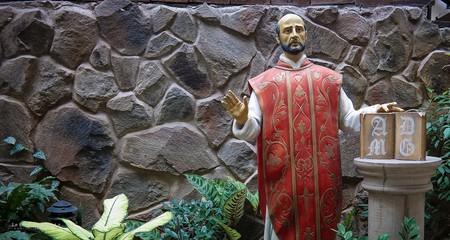 The Jesuit order was founded in 1540 by Ignatius de Loyola, a Spanish priest and theologian. The Jesuits valued education and intellect and set about establishing themselves in the Spanish colony of what is now Argentina in the 16th century, initially erecting a number of estancias in and around the central Argentine region and city of Cordoba. In the 17th and 18th centuries, Jesuits missions, or reductions as they are referred to in Argentina, began to be concentrated in the area around the Parana river on the border of Argentina, Paraguay and Brazil, in an attempt to convert the native Guarani population in this area to Christianity. While the conversion of natives to Christianity was often a bloody endeavour that involved wiping out large populations of indigenous peoples, the Jesuit’s strategy in northern Argentina was by all accounts a more peaceful and harmonious affair. They did not exactly set out to conquer the Guarani population, but rather to integrate them into their missions, and have them be active participants in these new communities. The Guarani were impressed with the tools, medical and agricultural knowledge of the Jesuits, and decided to follow them. The Jesuits, in turn, established the reductions, which were often a collection of buildings that housed a church, schools, administrative buildings, and housing for the Guarani, organised around a central plaza. The reductions operated collectively, with inhabitants working for both their family and the community. Education was heavily focused on, and although Spanish and Latin were taught, it was the Jesuits who championed Guarani as a language, eventually allowing it to become the official language of Paraguay. 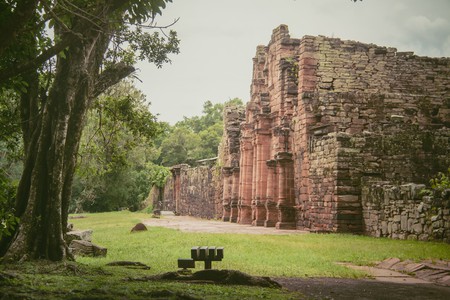 What remains of the Jesuit reductions is located in the province of Misiones. There are four reductions in this province: San Ignacio Mini, Santa Ana, Nuestra Señora de Loreto and Santa Maria la Mayor. San Ignacio Mini is the most well known and best preserved of the four missions. It was designated as a UNESCO World Heritage site along with the other three reductions in 1984, and is a popular tourist destination in the Misiones region. San Ignacio Mini is famous for its use of red sandstone in the construction of its buildings, many of which still stand today. The complex’s main feature was a 74 metre (243 foot) long church designed by Italian priest Juan Brasanelli, whose 2 metre (6.5 foot) thick walls allowed it to survive over the years. Santa Ana is in a less well preserved state, but is close to San Ignacio so worth the visit if you are in the area. Nuestra Señora de Loreto was the first reduction established in the region, and some of the ruins are still visible on site, although most of them are largely covered in vegetation. Santa Maria la Mayor is not in a great state of repair, and it is difficult to read the reduction as a whole, but some of the buildings that housed members of the community are still standing and can be visited. 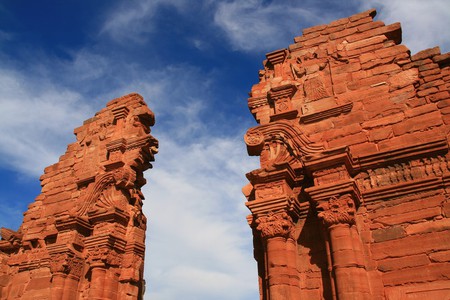