7 Places to Follow the Dictatorship Footsteps in Buenos Aires 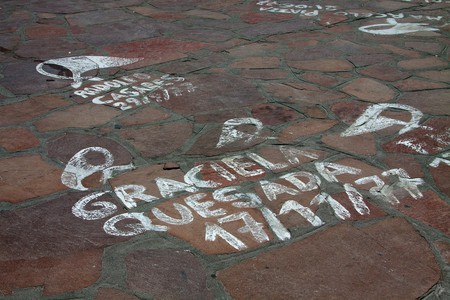 Symbols of the Mothers and Grandmothers of the Plaza de Mayo, Argentina | © McKay Savage/Flickr

Argentina, like many other countries in South America, was under a dictatorship in the 1960s, 70s and 80s as part of Operation Condor, a program of political oppression designed to curb the spread of Communism. Here are seven key places in Buenos Aires that were defined by the presence of the dictatorship.

The last military dictatorship in Argentina lasted from 1976 to 1983, and began as a coup d’etat which overthrew president Isabel Peron. It was presided over by General Jorge Rafael Videla, who instructed a murderous campaign against Argentine society, targeting those who were deemed to pose a threat to the military regime. Intellectuals, students, teachers, unionists, dissidents and civilians with no apparent anti-regime sentiments were all the victims of a bloody crusade to bring the country to heel.

It is estimated that over 30,000 people were murdered by the dictatorship over the course of its reign in what is known as the Dirty War. Those who were targeted by the dictatorship became referred to in Argentina as the “disappeared”, because many of them were never seen or heard from again, but their bodies were never accounted for, another means of instilling terror into the nation.

Various activist groups, namely the Mothers and the Grandmothers of the Plaza de Mayo, formed in an effort to locate their missing children who had disappeared. Democracy was restored in 1983, and in the two years following, many of the leading figures in the regime were put on trial and jailed, but due to pressure from the military, in 1986 and 1987 numerous amnesty laws were put in place to ease the transition from military junta to a democratic state, effectively protecting people responsible for the murder of many of the disappeared. The amnesty laws were repealed in 2003 by President Nestor Kirchner, and trials of those involved continue to this day.

Places to see in Buenos Aires

The Espacio Memoria y Derechos Humanos (Space for Memory and Human Rights) is a former training school for mechanics in the armed forces in Nunez in northern Buenos Aires. It was founded in 1924, but from 1976 onwards it was used as a Secret Detention, Torture and Extermination Centre for the disappeared, who were detained here indefinitely. This was the largest detention centre in the city, and the most well known. It is also the one that provoked most conflict, in terms of being located in a wealthy residential area, where many residents were aware of the activity in the centre, but were powerless to do anything. The ESMA was also a fully functional school at the time the disappeared were held there, making many of the students complicit. Visitors can explore the campus and museum alone or by taking a guided tour. 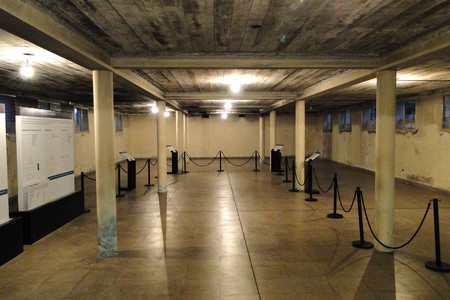 The basement torture room at the ESMA | © Adam Jones/Flickr

The Parque de la Memoria, or Remembrance Park, is a landscaped park, sculpture garden and museum located on the banks of the Rio de la Plata on Buenos Aires’ northern coast. It is a memorial park for victims of the Dirty War, as this was the site of the so-called “Death Flights”. The death flights were small planes that were loaded with members of the disappeared, either dead or heavily sedated, and flown over the river, into which their bodies were thrown. There is a lot of information about the dictatorship available in and around the park and the museum, and it is worth spending time looking at the affecting sculptures and memorial wall. 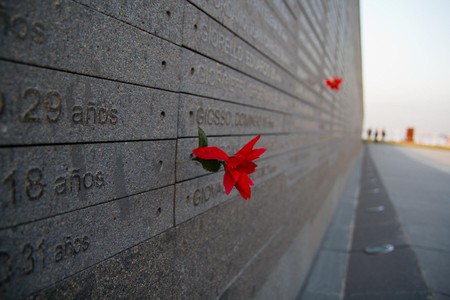 The Plaza de Mayo is the city’s central square, located in front of the president’s residence, the Casa Rosada. This was where the mothers of the disappeared gathered in 1977 and began to march in pairs in silent protest against the dictatorship, demanding to know the whereabouts of their children. The mothers of pregnant women became known as the grandmothers, and now the famous organisations of the Mothers and Grandmothers of the Plaza de Mayo is one of the foremost activist groups in Argentina.

The Grandmothers have been conducting a decades-long campaign to find their grandchildren, as their pregnant daughters would have been killed once they gave birth, and their children would have been put up for adoption. It is estimated that between 400 and 500 babies were born to disappeared women, and the Grandmothers established a DNA bank for anyone who questions their real identity. So far, approximately 123 people have been reunited with their birth families through DNA testing.

The mothers and grandmothers still protest every Thursday at 3.30pm, and you will see the iconic symbol of their headscarves painted on the ground in the square. 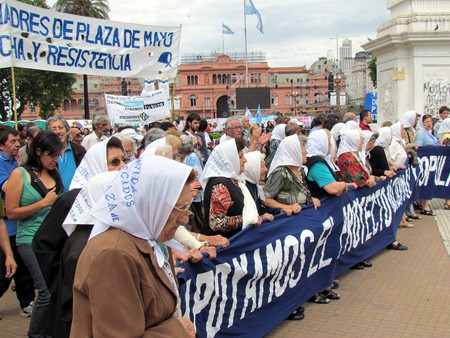 The Mothers and Grandmothers of the Plaza de Mayo, Buenos Aires | © David Berkowitz/Flickr

This warehouse in the south-western Buenos Aires neighborhood of Vélez Sarsfield was formerly a bus and train terminal before being converted into one of the secret centres for detention, torture and extermination. Operational for only five months between 1978 and 1979, the centre held more than 700 detainees, of which only 50 are rumoured to have survived. In 1999, it was the subject of a film called Garage Olimpo, and has since been designated as a site of historical significance.

Another former detention centre, this time located in the outskirts of Buenos Aires in the La Matanza neighbourhood, El Banco provided detainees for El Olimpo, who would be transferred there when El Banco was overcrowded. Many of the detainees held at El Banco were part of the neighbourhood’s Club Atletico (sports club), and the centre had 50 dungeons and three torture chambers. It is now where the XI Female Police Brigade of Buenos Aires Province has their offices.

Situated in the Ciudad Evita locality of La Matanza, the El Vesubio detention centre got its name from the code word, “Empresa El Vesubio” (The Vesubio Company), which was a term used to describe the repressive forces of the military regime. It began its life as a centre for detention, torture and extermination in 1975 and ceased to perform this function in 1978, but not before around 400 detainees has passed through its doors.

Las Cañitas is a large neighbourhood in the north of Buenos Aires. Formerly a lavish swathe of countryside where horses were trained to ride in the Hippodromo de Palermo, a racetrack and polo field close by, the land was sold in the early 19oos and a military compound was developed. The military hospital is located here as well as training barracks, and much of the upper-class accommodation in the area was lived in by high-ranking military members. Just a walk around the neighbourhood will evoke military memories to any Argentine, and to visitors, it is easy to see the remnants and remainders of the military past and present that still remain active today.