Tattooing in Tonga became a lost art for a long time, but the ancient art is now enjoying a resurgence.

Much of the history has been lost over centuries of missionary work and rising health concerns, but knowledge of the ancient methods of tattooing is gradually being rediscovered. Origins of the word ‘Tatau’ are debated, but the sound ‘Tata’ can be seen to resemble the noise made by the tattooist’s instruments, both in modern tattooing and in ancient Tonga. 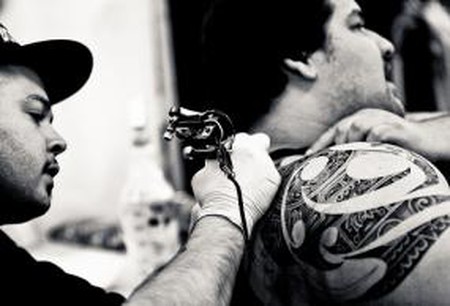 In ancient Tonga, the process of tattooing meant enduring a long and highly painful time spent having large sections of the skin covered in traditional and asymmetrical black designs. The needles we associate with modern day tattooing are a far cry from the organic Polynesian tools, which were crafted out of animal bones, shells and wood. With the arrival of Western missionaries the tradition was deemed unsafe and unchristian, and was officially outlawed in 1838.

Missionaries successfully wiped out much of the historically important information on these ancient ways of tattooing, and today some Tongans are not even aware that their ancestors bore tattoos despite the fact of its importance in Pacific Island cultures. Knowledge of the craft has been slowly forgotten over the centuries, and whilst, due to Western appropriation of the art across the Pacific, tattooing has enjoyed a resurgence of popularity among many, in Tonga they are still considered a taboo by the majority of the population. In recent years however, a few Tongan tattoo artists have been slowly bringing back the ancient craft of tattooing, and some are promoting the art in a new and safe way. 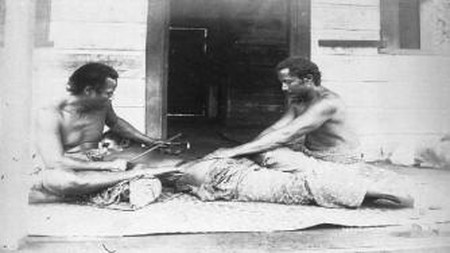 Samoans are the only Polynesians who continued to practice the tradition of Tatau after the Europeans’ arrival. Samoan Tatau designs are very unique, and its origins stem back thousands of years. Considered a mark of manhood, the origins of these tattoos are said to have begun with a pair of Siamese twin sisters who, when swimming from Fiji carrying tattoo supplies, sang a song outlining that only women can attain tattoos. After diving beneath the ocean’s surface to get a clam, they emerged to find the song had changed, illustrating men as the tattoo bearers instead of women. Before their eradication from the islands, both men and women did bear tattoos with varying characteristics.

For more information read They Who Do Not Grieve by Sia Figiel, which tells a story about the tatau’s origins and its evolution from the Pacific Islands.