A Guide to Scuba Diving Around Bora Bora 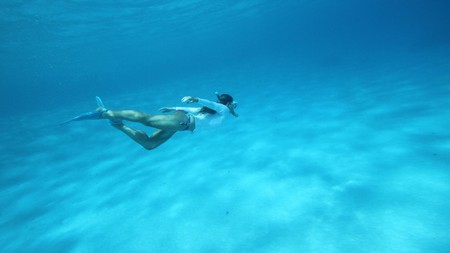 Bora Bora is arrestingly gorgeous above the water, but its beauty also extends below the surface – with a number of pristine coral reefs, primed for scuba diving. Spot hammerhead sharks and humpback whales while swimming through the crystalline water. Here, Culture Trip details how to navigate the underwater world surrounding this heavenly South Pacific island.

The waters surrounding Bora Bora are a diver’s dream, with excellent visibility and balmy temperatures all year round.

The biggest draw is the abundance of marine life that lives amongst the colourful coral reefs. Several shark species are attracted to the island, including blacktip reef, lemon, grey and hammerhead sharks. Other stars of the show include manta rays, which congregate in the lagoon daily, as well as spotted eagle rays and stingrays. 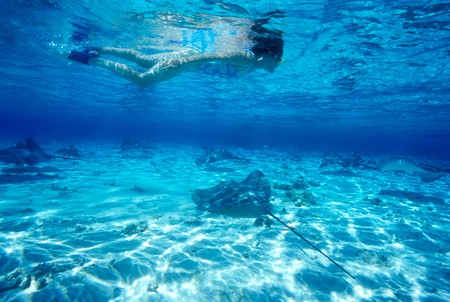 On top of this, humpback whales can be spotted in the area, as they migrate to the warm South Pacific waters to mate and give birth from July to November. If travelling by boat, ensure you give these majestic creatures a wide berth.

In terms of corals, Bora Bora is home to one of the world’s most pristine and intact reefs, with some of the most common coral species including cauliflower, elkhorn and finger.

You don’t need to be an expert diver to explore Bora Bora’s underwater world. There are sites to suit all abilities; the lagoon surrounding the archipelago is exceptionally calm, while there’s the possibility of more technical dives beyond the reef.

Where are the best dive sites in Bora Bora?

Colourful, pristine coral reefs are becoming increasingly hard to find as a result of global warming, but Miri-Miri in Bora Bora is a dive site that promises to impress with its large swathes of pink montipora corals.

If you’ve ever dreamed of swimming with manta rays, sail on over to the east side of the island to Anau. This diving spot features a “cleaning station” where giant manta rays gather almost all year round. Due to its popularity, this area is now a protected area, so it’s best to book dives in advance. 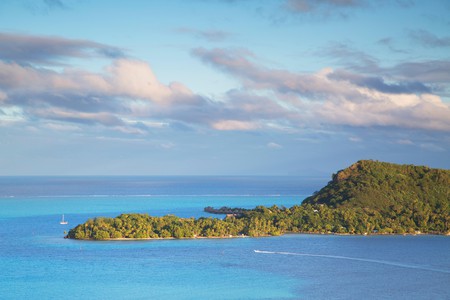 If sharks are more of a lure, one of the best places to witness these majestic creatures is Tupai, just north of Bora Bora. This dive site is home to several species including blacktips, whitetips and hammerheads. Toopua is another spot not to be missed. Here, you’ll find an array of tropical fish and clownfish, slinking in and around giant anemones.

Which are the best diving schools?

Top Dive is one of the more reputable diving operators in French Polynesia, with bases located on the country’s best islands for diving. The company has an outlet on Bora Bora at the InterContinental Resort & Thalasso Spa, which is ideally placed for exploring the lagoon and having close up manta ray encounters.

Eleuthera Bora Diving Center, which has been running since 1992, is another popular Bora Bora diving school, located on famed Matira Beach. Both outlets offer everything from rental equipment to PADI courses. 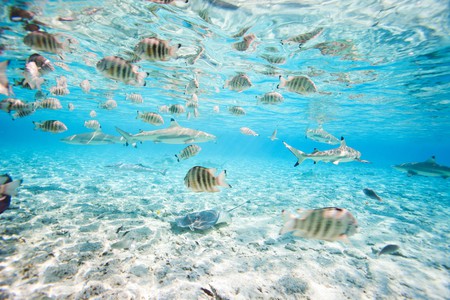 The winter months, between May and October, offer the best visibility | © BlueOrangeStudio / Alamy

When is the best time to dive in Bora Bora?

Although the waters around Bora Bora are worth seeing year-round, some months are better than others depending on what you want to see. If you’re looking to spot humpback whales during their migration, the best time is between July and October. For manta rays, sail to the island May through December. Sharks can be spotted throughout the year, as can other underwater inhabitants including angelfish, surgeonfish and parrotfish. In terms of visibility, the winter months, between May and October, offer the best clarity with lower humidity and cooler air.