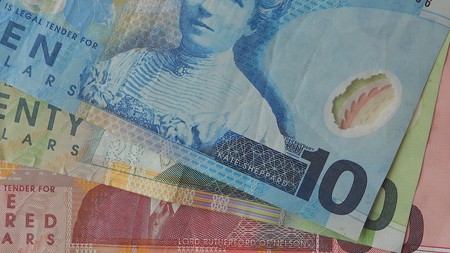 Perhaps the most well-known maxim of all time is ‘money makes the world go round’. Yet, seldom do we take the time to notice the many individuals and creatures who appear on our respective currencies. While the US tend to favour the portraits of previous presidents, one small country in the South Pacific – bustling with sheep and… well, sheep – tends to favour the likeness of extraordinary Kiwis. Certainly, the kiwi bird features on New Zealand currency, but so do outstanding everyday average joes that have significantly contributed to the nation. Some New Zealand bank-notes include a world-record breaker, a scientist, a prominent Māori leader and, of course, the British monarch, Queen Elizabeth II. Yet arguably the most culturally pioneering of the lot is Kate Sheppard, who appears on New Zealand’s $10 bank-note.

Born on 10 March 1847 as Catherine Wilson Malcolm in Liverpool, England, Kate was born to Scottish parents Jemima Crawford Souter and Andrew Wilson Malcolm. Imbued with the Scottish Braveheart and seemingly destined for greatness, Sheppard immigrated to Christchurch, New Zealand, in 1869 after her father’s untimely death. Three years later, she married Walter Allen Sheppard and had their only child, Douglas, on 8 December 1880.

Five years later, however, was to be a turning point in the life of Sheppard as she became involved in the establishment of the New Zealand Women’s Christian Temperance Union. This was only a ripple in what was to be an overwhelming tidal wave of cultural revolt. Thereafter, Sheppard would go on to champion the women’s suffrage movement in New Zealand. An intelligent, persuasive and well-regarded public speaker, Sheppard well and truly championed the movement, seeing it through from a grassroots movement to a national cause that would eventually reach parliament. In a famous speech, Sheppard once said, ‘all that separates, whether of race, class, creed, or sex, is inhuman and must be overcome’.

With that, Sheppard helped introduce the first suffrage bill in 1887. Later, she published a pamphlet, Ten Reasons Why the Women of New Zealand Should Vote, which would provide the ideological ammunition to power a petition in favour of women’s suffrage into Parliament in 1891. A second petition was presented one year after, and in that same year, the women’s suffrage bill passed successfully, granting women full voting rights. Not only was this a first in New Zealand, but it was also the first in the world. A true cultural icon, Kate Sheppard was paramount in shifting ideological thought and ensuring that New Zealand was the first country in the world to grant women the right to vote.