The Top 5 Things To Do in Tahunanui, New Zealand 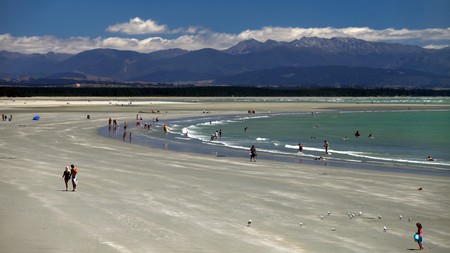 The top of New Zealand’s South Island is one of the sunniest places in the country. Nelson City’s local beach, Tahunanui – also referred to by its shortened name of Tahuna – is a popular spot for residents and visitors to spend these sunny days cooling off in the Tasman Bay. Aside from the usual swimming and walking on the beach, there are loads of other fun things to do here.

According to historical records of the Nelson Provincial Library, the beach section of today was part of the main channel in the Waimea Inlet of Tasman Bay. European settlers, who arrived in 1842, used it to access the quarantine yards where livestock was unloaded. In the 1870s, a new channel was formed after the Waimea bank breached, and by 1882, this part of the channel was now dry at low tide, thus inspiring an idea for a coastal recreation reserve, or a beach, as people prefer to call it today. Construction on the sea wall began 10 years later in 1892. Today, visitors can walk and cycle along the wall that runs parallel to State Highway 60, a main road in the region. This walkway begins at the edge of Tahuna Beach, with a statue of Dutch explorer and navigator Abel Janszoon Tasman. According to historical records of the New Zealand Government, Tasman is recognised as the first European to discover New Zealand. He also recorded the first interaction with the Māori in Golden Bay (north of Tahuna) in 1642.

Open In Google Maps
Whakatū, 7011, New Zealand
Give us feedback

Swim, kitesurf or paddleboard in the Tasman Bay 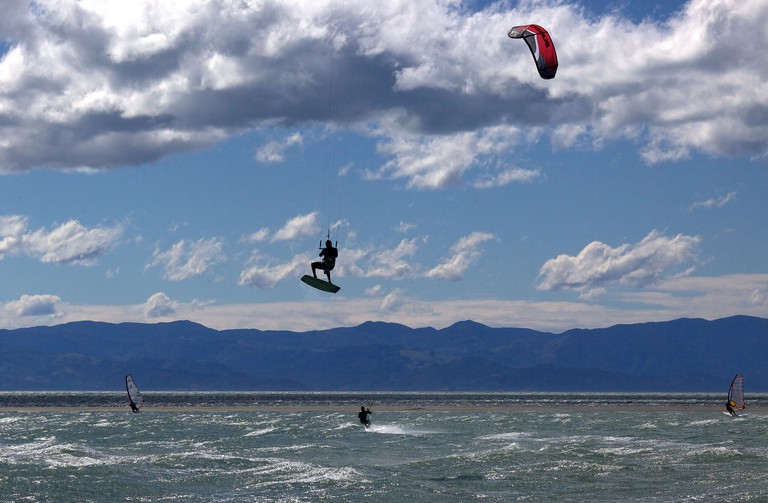 The swimming section of Tahuna Beach features calm waters, as this stretch of beach is an intertidal sandbank that is covered at high tide. There are various walkways onto the beach, which visitors are strongly encouraged to use to protect the dunes. Native sand-binding plants cover the dunes to build them up and shield them against the effects of erosion. During low tide in summer, the skyline is filled with kites, flown by experts and beginners learning to kitesurf in the beach’s shallow waters. The flat and calm conditions of Tahuna Beach also make it a great location to practice balancing on stand-up paddleboards.

Open In Google Maps
Whakatū, 7011, New Zealand
Give us feedback

Zoo
Facebook
Email
Twitter
Pinterest
Copy link
Share
Map View
Not all activities at Tahuna Beach involve getting your feet wet. For a small fee, visitors can see some of New Zealand’s wildlife species up close at Natureland Wildlife. This community-based conservation charity is home to Nelson-Tasman native species such as the bellbird and the tui. This organisation also contributes to regional conservation projects. Currently, it is breeding native birds, such as the South Island kaka and yellow-crowned kakariki, for release into the nearby Abel Tasman National Park.
Open In Google Maps
Tahunanui Drive, Tahunanui Nelson, Nelson, 7011, New Zealand
+6435486166
Visit Website
Give us feedback

Birdwatching at Back Beach 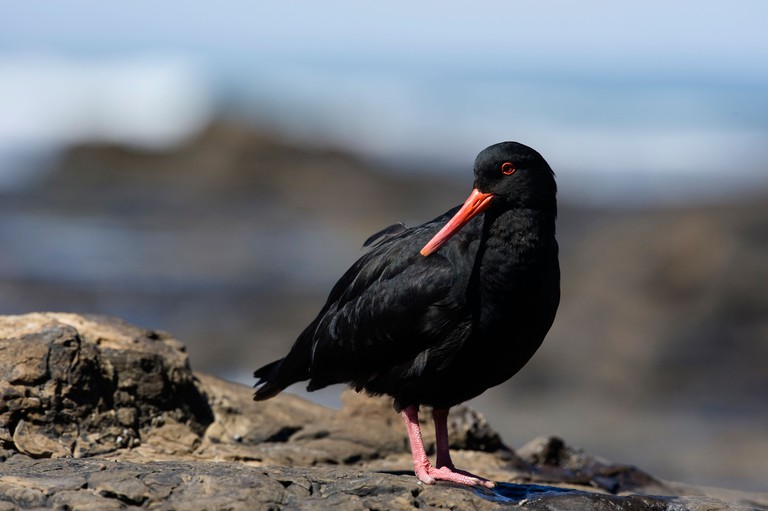 Farther down from the main stretch of the swimming beach at Tahuna is Back Beach, the section allocated to dog walkers. At low tide, visitors can cross the estuary and explore the vegetation and birdlife. Look for the endemic black oystercatcher, also known as the variable oystercatcher. These black sea birds can usually be found waddling along the water’s edge in pairs, sticking their long orange beaks into the sand to probe for shellfish.

After a day at the beach, visitors can head to one of the local restaurants and bars for a tall frosty glass of locally made craft beer. The Nelson-Tasman region is often referred to as the craft-beer capital of New Zealand because it is home to many organic hop farms. Sprig & Fern Brewery is a Nelson craft-beer brand, and its Tahuna Beach tavern has a beach-style feeling with white weatherboards and a picket fence. For the second round, visitors can also head to The Sands Brewery Bar & Kitchen across the road from the beach. It has a range of Monteith’s brews on tap. This brand is a South Island favourite as its brewed four hours away from Nelson in the West Coast town of Greymouth. Try the zesty radler for something refreshing after a day in the sun.