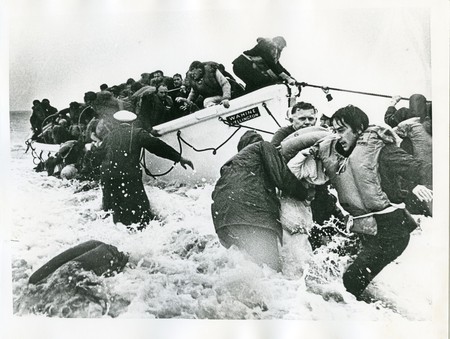 Tuesday April 10, 2018, marked the 50th anniversary of New Zealand’s worst modern maritime disaster: the sinking of the Wahine. Fifty-three lives were lost after the Lyttleton-to-Wellington passenger ferry capsized into the Wellington Harbour. Survivors, families who lost their loved ones and community members who risked their lives to rescue those on board recently gathered to remember this tragedy in memorial events across the capital city. Here’s everything you need to know about the shipwreck and its historic significance.

The TEV Wahine was one of the various vessels that linked the North and South Islands by navigating through the Cook Strait into Wellington. She was built by the Union Steamship Company in 1965 – the biggest shipping line at the time – and was the largest ship of its kind upon completion. The Wahine had her first inter-island sailing in 1966, just over 18 months before disaster hit. 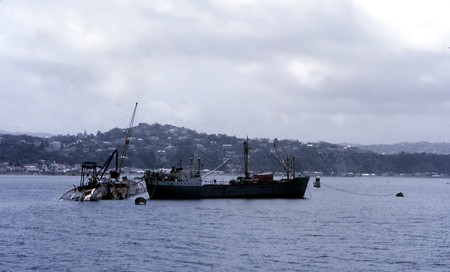 On the evening of April 9, 1968, at 8:40pm, the Wahine departed on its typical journey from Lyttelton, around the Canterbury and Kaikoura coastlines, and into the Cook Strait. There were 734 passengers and crew on board. Even though storm warnings had been issued, the service carried on as normal – no alarm bells were raised as the Cook Strait was known for its volatile weather conditions.

Unfortunately, the vessel found itself amid one of the worst recorded storms in New Zealand history. As the ship neared the treacherous Cook Strait, it was swept by the collision of two natural forces: the tropical Cyclone Giselle, which had travelled from the Pacific into the North Island before heading southwards; and a storm that had made its way from Antarctica to the West Coast before colliding with the capital city. The combination of warm and cold air fronts produced a series of turbulent wind gusts – some of which reached a speed of 275 kilometres per hour (171 miles per hour) – which in turn became the strongest recorded in Wellington. 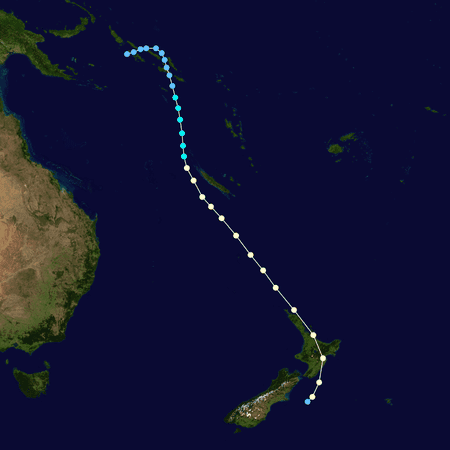 The ship entered Wellington Harbour at 5:50am on April 10, when winds were blowing at just over 50 knots. Given that many vessels had sailed across much stronger gusts, Captain H.G. Robertson had decided this was safe enough to continue the journey. As the Wahine neared the harbour entrance, wind speeds suddenly doubled to 100 knots. By 6am the ship’s radar system had stopped working completely and towering waves began hitting the vessel with full force. The engines eventually stopped working and several attempts to bring the Wahine back to safety ensued – all of which ultimately failed.

Several hours later, just before 1:30pm, the order was given to abandon ship. Captain Robertson had delayed the decision up to that point because he believed the storm conditions rendered it safer for passengers and crew to stay on board. This judgment call was later criticised during a post-disaster inquest.

Passengers were primarily crammed into four starboard lifeboats, though many were forced to jump into the cold sea to swim back to safety. One hour later, the first set of survivors reached the shores of Seatoun, a suburb on the east coast of Wellington’s Miramar Peninsula. At the same time, the abandoned Wahine ran aground as 11.6 metres (38 feet) of water crashed into the seabed. One lifeboat was swamped shortly after leaving the vessel, tossing all its occupants into the sea; two others managed to reach Seatoun and the third strayed from the others and landed into the Eastbourne Beach in Lower Hutt. 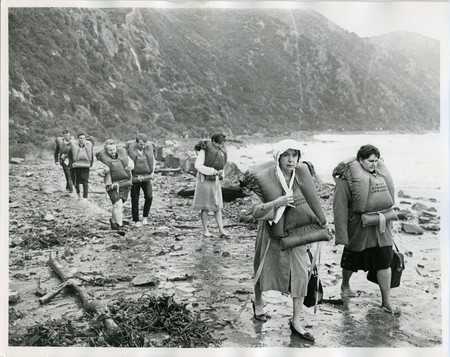 Some 200 survivors struggled their way towards the Eastbourne coast into safety. This, however, was also where the first fatalities occurred. A total of 51 people died that day: some drowned, others were killed when driven against the sharp rocks by the waves, and many didn’t make it because they didn’t receive medical attention fast enough. Another person died several weeks later and the disaster’s 53rd victim passed away in 1990 due to sustained injuries. 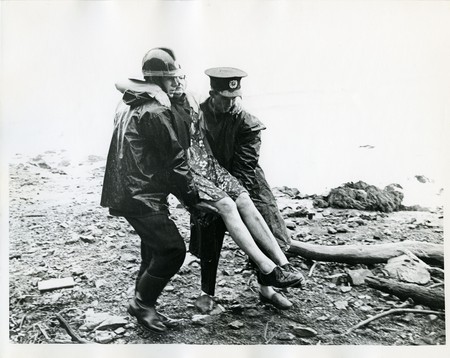 The Wahine tragedy, 50 years on

In the lead-up to Wahine disaster’s 50th anniversary, the stories of those directly involved – and affected – by the events came into spotlight once more.

A small group of survivors and community rescuers joined forces to establish the Wahine 50 charitable trust. The group organised several commemorative events in Wellington, including a memorial dawn service in Eastbourne, as they set out to acknowledge the lives that were lost, the survivors who lived to tell their stories and all of those who risked their lives to help passengers and crew get to safety. 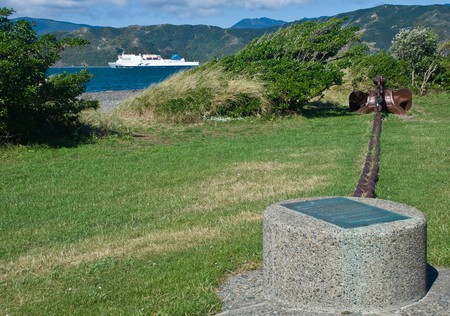 Local media also played a part in showcasing these remarkable experiences. Among the different memories shared by survivors in a Radio New Zealand programme was the solidarity of the local community:

A full list of all passengers and crew who lived and died during the Wahine tragedy can be found on the Wahine 50 trust website.