The Meanings of New Zealand's Coat of Arms 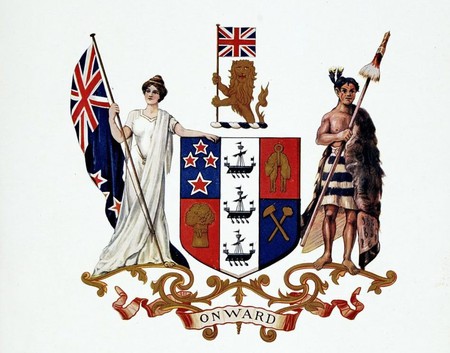 New Zealand’s rich history is not a long one compared to other nations, but likewise has experienced its ups and downs to bring it to where it proudly stands now. Read on to discover how NZ gained part of its national identity, the coat of arms that it bears today.

What is a coat of arms?

The New Zealand Coat of Arms represents the sovereign nature of New Zealand and the Government’s authority. It is for government use only and is found on a range of documents and papers of constitutional significance, from Acts of Parliament to passports. 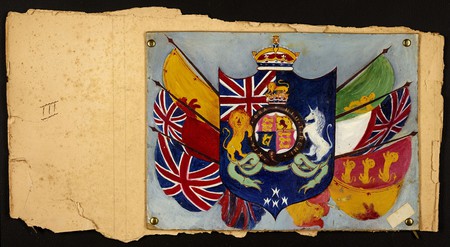 One of the 75 entries in the 1908 competition to find NZ's new coat of arms. | © Archives New Zealand / Flickr

On some national occasions, such as Royal visits or jubilee celebrations, individuals and organisations can temporarily display the arms. However, the arms cannot be published without permission from the Ministry.

The latest example of New Zealand having a slight national identity crisis happened not too long ago. In fact it was only through the end of 2015 and the beginning of 2016 that NZ went through a national debate as to whether they should change the country’s national flag. This was a fantastic example of a government—and bureaucracy in general—at work, as it cost the country’s taxpayers about $26 million dollars and accomplished absolutely nothing.

The flag design wasn’t changed. The only thing that could really be ascertained was the fact that many New Zealanders didn’t really mind what the flag looked like—as most of them were too busy trying to get on with their day to day lives and accomplish such mundane tasks as putting food on the table—and that the government didn’t really have too much going on at that point.

The first time was actually all the way back in 1906. 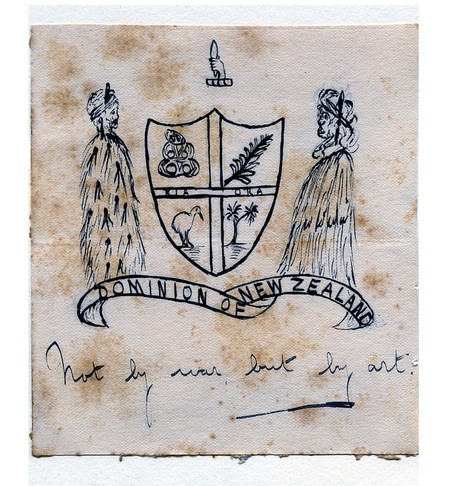 So, from 1840 until 1911, New Zealand used the British Royal Arms. In 1906, a competition was proposed to come up with a coat of arms solely for New Zealand. For reasons unremembered, although there is a (false) legend that the original designs were destroyed in a fire in the old Parliament Buildings, the competition never really got going until 1908. 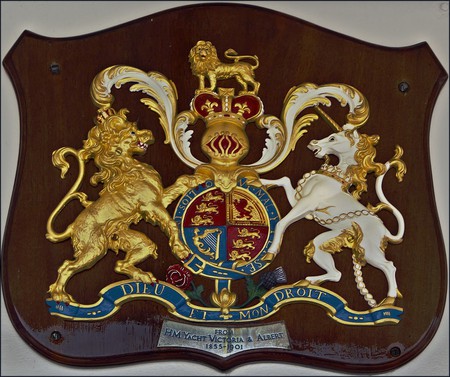 In that year, 75 designs featuring everything from kiwis, sheep, cows, moa and lions to stars, ships, British soldiers, Māori warriors and Union Jacks were received. Three entries were sent to England for the final judging. This in itself is quite a process when you think they didn’t have the convenience of being able to flick them over to the Queen in an email, but had to have them hand-couriered by ship. 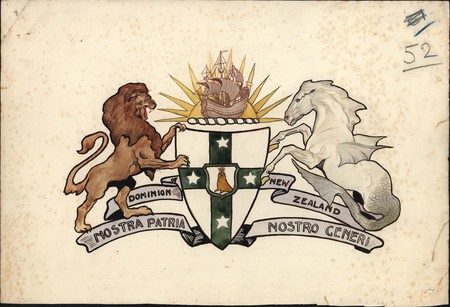 And the winner is…

The winning entry was by James McDonald, a draughtsman in the Department of Tourist and Health Resorts. A Royal Warrant granting armorial ensigns and supports was issued on August 26, 1911 and published in the New Zealand Gazette of January 11, 1912. These arms are no longer in use and are referred to as the 1911 arms. 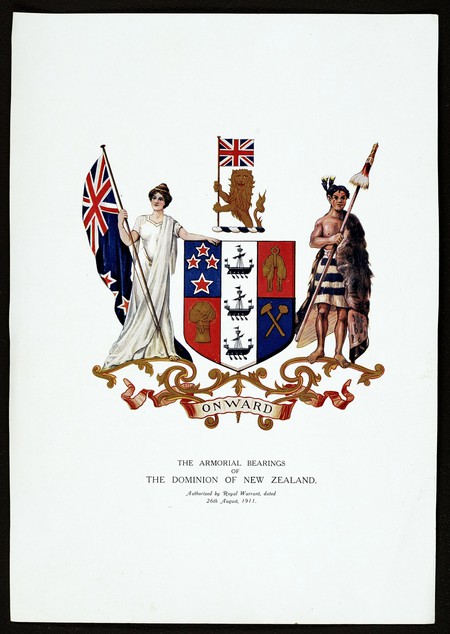 Although the Royal Warrant described the New Zealand Coat of Arms, by the mid-1940s at least 20 versions were in use. A committee was set up to redraw and standardise the arms and the Queen approved a revised version in 1956.

The current NZ Coat of Arms 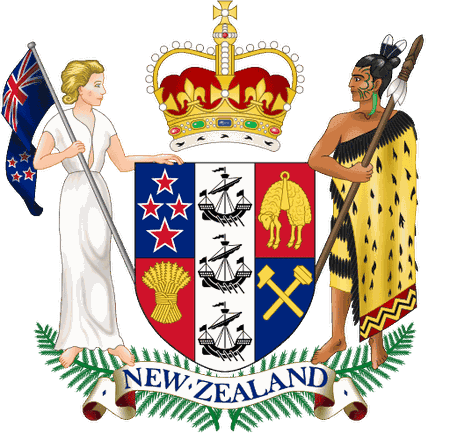 The current depiction of the NZ Coat of Arms | © Sodacan / WikiCommons

What does each part mean?

European woman and Maori chieftain: These two figures obviously symbolise the tie between the native Maori and the European settlers.

St. Edward’s crown: This crown was used in the crowning of Queen Elizabeth II and signifies that she still reigns as Queen of New Zealand.

The weighed lamb or fleece: Represents the farming industry.

The hammers: Represent the mining industry.

The stars: Are the stars of the Southern Cross. The most famous constellation in the Antipodes.

The bushel of wheat: Symbolises the agricultural industry.

The three ships: These denote the importance of sea trade for New Zealand.

The right (Sinister) and left (Dexter) sides of the shield: Represent the North and South Islands.

The plain strip down the centre: Symbolises the Cook Strait that divides the two islands.

And there you have it. Once again, it’s so interesting to see something that you look at most days in an entirely new light. Whether you see the coat of arms on a flag, the five dollar note in your pocket or in your passport, hopefully now you’ll have a new sense of just what it symbolises and where it—and the developing nation of New Zealand—came from to get where they are now.