Civic Theatre © Russellstreet/Flickr
As the most populous area in New Zealand, comprising 32 percent of the total population, the music venues in Auckland vary from small regional hidden treasures that host local upcoming bands to big venues that offer their stage to internationally renowned artists. Below are our top five picks.

Music Venue
Dead Letter Circus. the Powerstation | © Sara/Flickr
With nearly 30 years of live music history, Powerstation is the most celebrated music venue in Auckland. Located at the top of Mt Eden Road, this venue has hosted, and continues to do so, the world’s biggest names, such as The Beastie Boys, The Ramones, Soundgarden, The Pixies, Radiohead and The National. In a two-level floorspace, which is spacious enough to not get stuffy when crowded but is still cozy when it is not so busy, Powerstation retains a good balance as a middle-sized venue. Tickets for all shows can be found through Ticketmaster.
More Info
Open In Google Maps
33 Mount Eden Road, Eden Terrace Auckland, Auckland, 1023, New Zealand
View menu
Visit website
Visit Facebook page
Send an Email
Give us feedback

Auckland has been the proud supporter of local musicians for decades, mainly of those engaged with rock sounds. Located in Newton, this live venue offers its stage very often at any day of the week to young and upcoming bands in an almost ritual manner. The Kings Arms Tavern is a unique combination of a live dark venue with a sunny beer garden at the back and a front bar with screens, broadcasting live sports, food and drinks.

Theater, Building, Cinema, Theatre
Civic Theater | © Russellstreet/Flickr
The Civic opened its doors for the first time in 1929 but after a major renovation, it took its current form in 2000. As one of the last Atmospheric Theaters globally, this venue offers a unique experience to the audience where lights create the illusion of an open sky complete with falling stars. Originally it was built as a cinema hall but after its renovation by Auckland City Council, The Civic now hosts all kinds of events, from live music to theater and movie screenings. Some of the names that’ve been on the list are Bob Dylan, Roberta Flack, Elaine Page, The Seekers and more.
More Info
Open In Google Maps
269-287 Wellesley Street West, Auckland CBD Auckland, Auckland, 1010, New Zealand
+6493092677
View menu
Visit website
Visit Facebook page
Send an Email
Give us feedback

Apart from its large selection of wines available in the cellar, this underground bar has hosted local independent artists for the past 11 years on a regular basis. Located at Street Kevin’s Arcade and beneath a shopping center, The Wine Cellar is an ideal location for those who prefer to attend small gigs with electronic sounds. Upcoming events can be tracked on their Facebook page since their website’s name is ‘We Don’t Have A Website‘. Same goes for the telephone line.

Rock, metal and indie local enthusiasts have been, at least once, to the Whammy Bar. Discreetly located inside St Kevin’s Arcade and two flights of stairs down from the main road, this dark bar stands as one of the last gatekeepers of the underground scene. The audience, band members and crew are all mixed up during the live gigs to the point where there is no clear understanding of who is who by the end of the night. 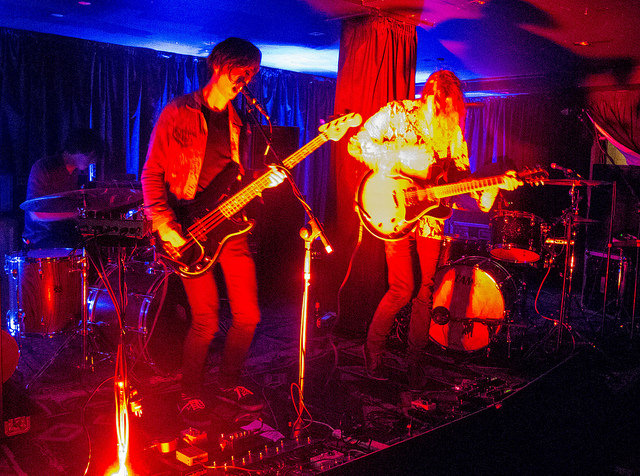