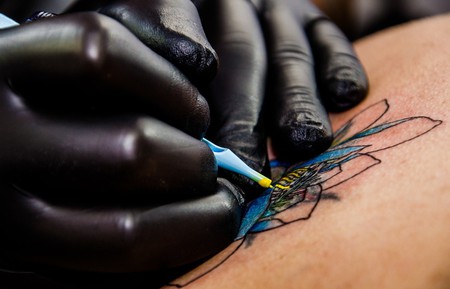 If you’re considering getting inked in New Zealand, you’ll be pleased to know that the country is home to a trove of talented tattooists. For those exploring the North Island, the city of Hamilton has some great parlours to check out — here’s a look at some of the best.

Since opening its doors in 1996, Skinks Tattoo Studio has grown to become one of the most awarded parlours in New Zealand. Its artists are internationally recognised for their prowess in many artistic styles, from classic oriental to neo-traditional and everything else in between. To help its clients fulfill their artistic vision, the studio offers its first consultations and initial design work free of charge.

Formerly known as Custom Collective, Flax Roots Tattoo is the place in Hamilton to get inked with a design you can proudly claim is uniquely yours. Each of the studio’s artists brings something fresh to the table: owner Marc Wymer, for instance, is an all-rounder who can ink anything from neo-traditional pieces to classic Maori and Japanese designs; meanwhile, tattooist Ali Selliman leverages his background in painting and illustration to create a mix of colour and black and white pieces that are one of a kind. This studio operates on a cash-only basis. 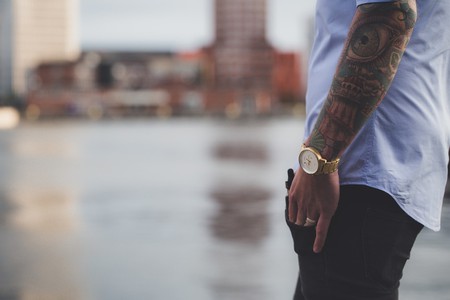 A relative newcomer to Hamilton’s tattoo scene, Urban Ink is a hub for contemporary designs and traditional Maori conventions. Artists in this studio have a combined 28 years of career experience behind them, and have built a solid reputation among locals and visitors alike with their authentic Ta Moko designs. Walk-ins are welcome, though bookings are an absolute must for larger pieces.

Studio 801 is a tattoo parlour that has built itself a respectful following thanks to the artistic talent at its disposal. Tattooist Liz has been working at the studio for more than five years and is known for her versatility and attentiveness when creating custom designs; her colleague Hunter also does some custom work, but Ta Moko tattooing is where his workmanship shines. An apprentice and other resident and visiting tattooists also help this studio make their mark in the local scene.

The artists at Good Honest Tattoos are known for delivering exactly what the studio’s name implies: quality pieces that stay true to the person getting inked. Owner and artist Felipe Rapucci worked at Skinks for almost seven years before he opened up his parlour; his team has since made a positive impression with a varied mix of custom-made colour and black and white designs. The studio is also quite upfront about safety and hygiene, giving clients the opportunity to view their sterilisation facilities as soon as they come inside.

Super stoked on my new ink by Felipe from Good Honest Tattoo’s. Phenomenal artist 👍 #tattoo #goodhonesttattoos #yesthatsmycat #cat #poopiegurl best bday gift ever from my one and only @lumpiestspaceprincesss 😘