The Best Places to Go Surfing in New Zealand 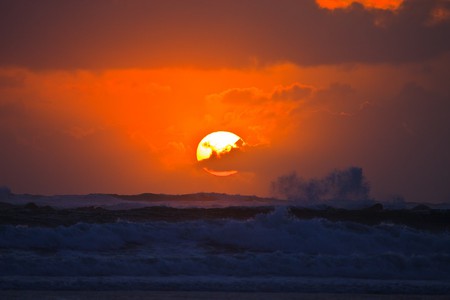 If you’re a keen surfer and at a bit of a loss for where to go on your next surf holiday, why not head as far south as you can, to New Zealand? It has some fantastic surf breaks dotted around the country, including (arguably) a couple of the best left-hand breaks in the world. Couple this with a laid-back outlook on life and New Zealand is a great place to spend a week or so by the sea. So, if that sounds like a bit of you, read on.

The northern town of Ahipara is a place that makes an art out of keeping the blood-pressure down. Located at the southern end of Ninety Mile Beach and about 14kms west of Kaitaia, this tucked-away gem has one of the best left-handers in the world. In particular, Shipwreck Bay should be a definite stop-off for those travelling with a board-bag. On a good day this spot will blow a surfer’s mind, and on a day when the waves are proving less than amenable, it’s a good place to sling a line out and try to catch your dinner.

To get on a board on a calm day, you can always try dune-boarding down the massive sand dunes. And, after a hard day of shredding there is also one of Northland’s award-winning wineries only a stone’s throw away. 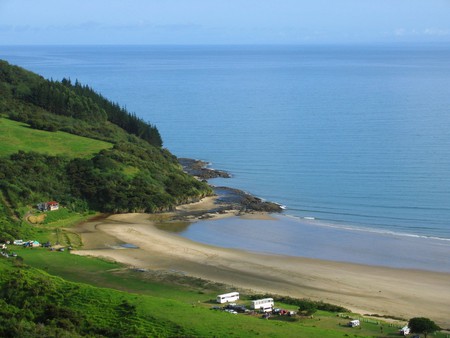 Castle Point is quite literally a beach break, where the swell nips in through an inlet to break on the sandy beach. The beach itself has a tight curve creating a perfect A-frame, with some long walls and it can (with some crossed-fingers) barrel. What’s great about this little spot is that it’s protected and sheltered from the wind, so when the swell is cranking it stays nice and smooth and even. This break is good for all levels of skill. What’s more, it’s stunningly beautiful out here. If you come with mates who don’t surf then get them to head up to the exposed reef and go for a fish; the seafood pickings are good here. 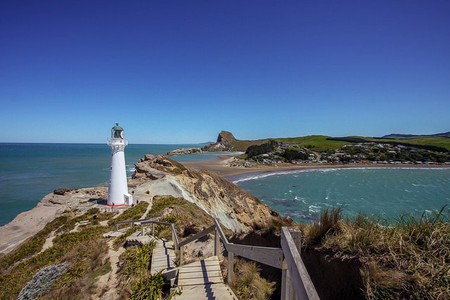 Realistically, surfing in this part of the world isn’t something that everyone will have the time or dedication to do. Not because of the conditions necessarily, but because reaching some of the descent spots is quite a mission. You’re really on the southern edge of the world down here. The weather and waves are raw. It’s wild. It’s the sort of place that you shouldn’t even think about getting into the water if you aren’t confident in your ability or the gear you have, because it can unforgiving.

That being said, if you’re willing to catch a helicopter or walk for four days, you can find a cornucopia of brilliant six-footers on a good day. The best part? The fact that you’ll most likely only be sharing the surf with the sea-lions and other wildlife. It’s like surfing in a David Attenborough documentary down here. The scenery is something that’ll stick in your mind forever.

Kekerengu, Blue Duck, Iron Gate, Oaro, Okiwi Bay, Meatworks and many more. Kaikoura is quietly full of lovely spots where you can spend a pleasant few hours out in the surf. It can be a a little inconsistent down here, but if you’re persistent (or lucky) you can be rewarded with some cracking three-to-four-foot right-handers. For a really top-draw right-hand point-break, head over to Mangamaunu. It’s a boulder beach, and is prone to suck you out if you’re unaware when the surf is bigger. This is a great break for more advanced surfers, with a wave that can potentially break for several hundred metres. It can offer an incredible ride. 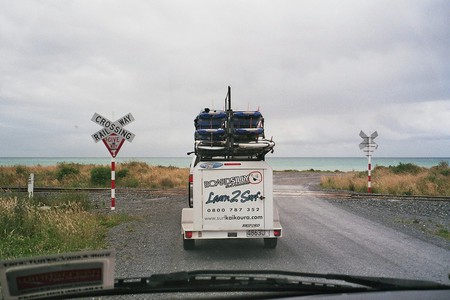 This beach break is held in high regard by New Zealanders, and deserves its reputation as one of the most consistently good breaks in the country. It’s only twenty minutes from central Auckland to Piha Beach, which makes it nice and convenient. On the flip side, it is also notoriously busy, so make sure you know the rules. This is a great place to start your NZ surf journey, as it is suitable for all abilities. 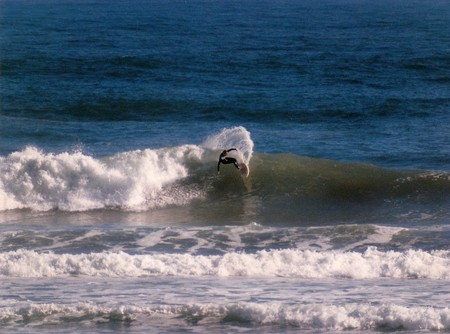 Raglan is famous in New Zealand for many reasons. It’s a a creative hub that has produced some of New Zealand’s most accomplished musical artists. It’s home to excellent restaurants and amazing independent cafes, and the residents’ focus on sustainable living is a bit of a byword. What Raglan is most famous for though is as a surfing mecca. It’s a commonly held belief by both local and foreign surfers that Manu Bay in Raglan has one of the most consistent, most accessible and longest left-hand breaks in the world. If you’ve got the skills to pay the bills when it comes to a surfboard, you can catch one of these lefties and cruise for up to two kilometres. Make sure you are up to snuff when it comes to riding competence, as well as surfing etiquette. Dropping in on people in this holy ground will not be looked upon kindly. 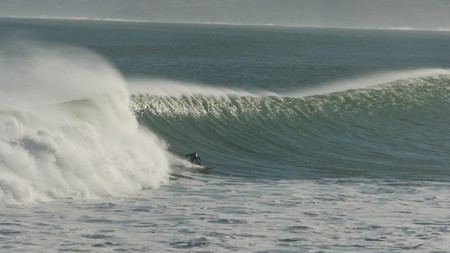 They don’t call Highway 45 – the main road that threads its way down the Taranaki coastline – Surf Highway 45 for nothing. Taranaki is replete with excellent surf breaks of all sorts. You could spend a memorable week cruising down Surf Highway 45 and stopping off at any spots that take your fancy. All you have to do is keep an eye on the surf report for the area. Three local favourites are Ahu Ahu, Kumera Patch and Graveyards. 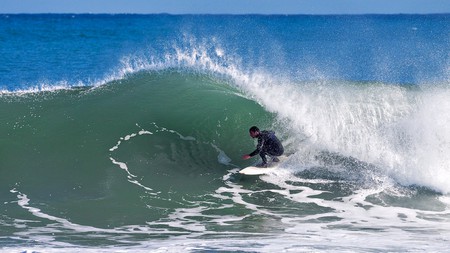 About to Enter the Green-room in Taranaki | © Dave Young / Flickr

White Rock’s failing is its inconsistency. However, when the going is good then this is a great place for those in the Wairarapa who want to catch some big, challenging waves. It pays to be careful of where you are in relation to the rocks, as the waves typically have a steep drop to them, and a powerful wall. 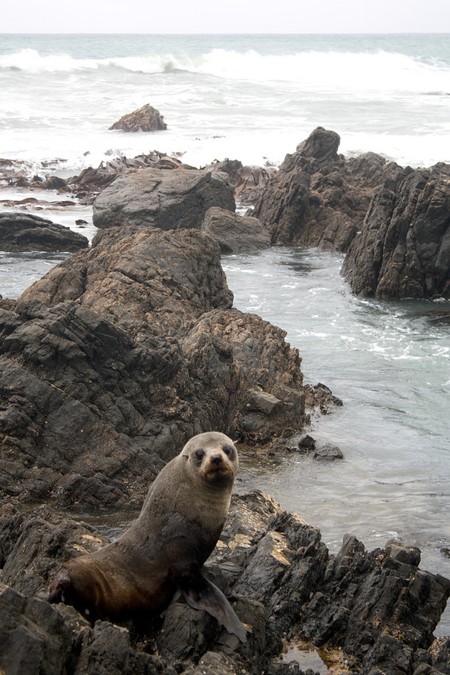 A Sealion at White Rock | © Pluies / Flickr
Give us feedback