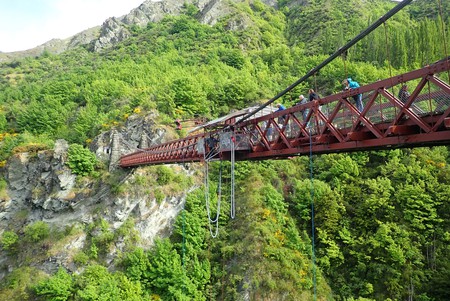 Avid thrill-seekers will likely have heard Queenstown being touted as New Zealand’s adventure capital. What you might not know is that the popular South Island resort town played an important role in shaping bungee jumping as we know it today.

Kiwi adventurer AJ Hackett was responsible for turning this adrenaline-inducing activity into a commercial venture. The year was 1988; his venue of choice was Queenstown’s Kawarau Bridge, where to this day, thousands of visitors from all corners of the globe continue to muster up the courage to plunge towards the rapid river currents below.

We can definitely credit Hackett — and Queenstown — for putting New Zealand on the adventure map; but the act of bungee jumping itself precedes his adventurous pursuits. It all started in Vanuatu, where people would tie themselves to a few vines before leaping off towers and elevated surfaces. The activity, locally-known as ‘land-diving’, was believed to have come to life after a mistreated wife saved herself from impending death after some vines kept her from falling down the massive tree from which she had leapt — for a while, the event was exclusively reconstructed by women, but eventually men also took to it. 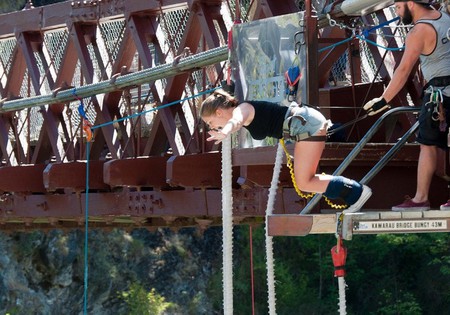 A woman gets ready to leap off Kawarau Bridge in Queenstown. | © Staffan Andersson / Flickr

The transition from vines to elastic ropes came about in 1979, when members of the Oxford Dangerous Sport Club performed some illegal jumps from the 80-metre (262.5-foot) high Clifton Suspension Bridge in Bristol, England. The three culprits, David Kirke, Simon Keeling and professional climber Geoff Tabin, were inspired by their Vanuatu predecessors — and promptly arrested for their daring feat. Still, they continued experimenting when they were released a few days later, setting their sights on the Golden Gate Bridge in San Francisco, the Royal Gorge Bridge in Colorado as well as jumping off mobile cranes and hot air balloons.

It was these daring Brits that inspired Hackett’s own bungee pursuits; the man, along with some friends, saw a video of the group in action and were instantly drawn to the idea of pushing their limits — and encouraging others to do the same.

So began his search for the ideal place to showcase the bungee to the world. In June 1987, Hackett found it: he made international headlines after taking his trusty ropes to the Eiffel Tower, jumping off… and, like his British counterparts, getting promptly arrested. Though to be fair, he was released just five minutes later.

His gamble paid off. By November 1988, the bungee had gained enough traction to allow Hackett to start his own commercial jumping operations. At the time, people ventured to Kawarau Bridge and paid $75 to test their limits. The success was such that bungee became a world-wide phenomenon and AJ Hackett has expanded to include five jumping sites in Queenstown and Auckland, offering not just bungee jumping but also zip rides, rope swings (incidentally, the world’s largest, the Nevis Swing, is another AJ Hackett innovation) and a few climbing experiences to boot. How’s that for living up to Queenstown’s adventurous reputation?! 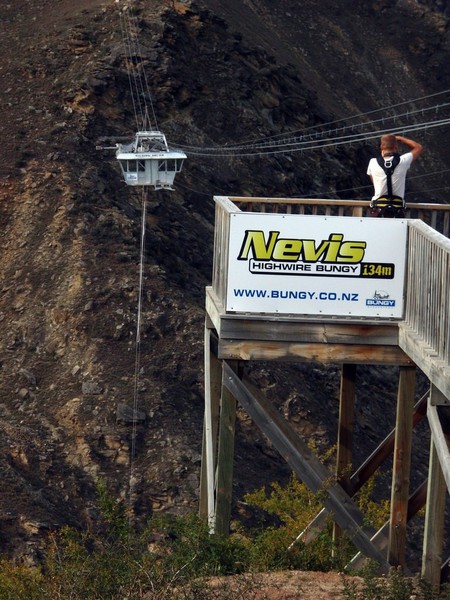