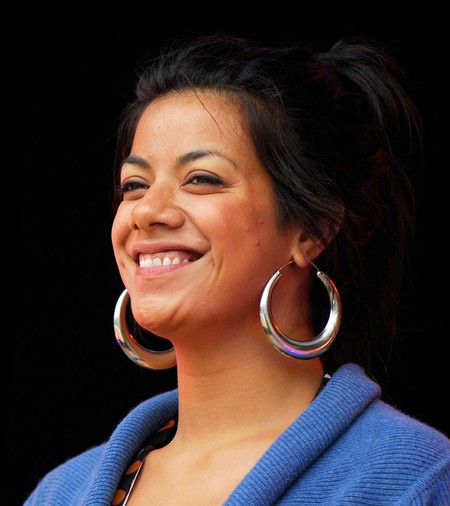 New Zealand rap has come a long way since it was first adopted from the U.S. in the 1980s. There has most definitely been quite the amalgamation of styles, what with the original U.S. hip-hop flavourings that have been mixed with Polynesian and Maori vibes. This has produced such artists and tunes as Savage, who became the first New Zealand hip hop artist in history to have a single achieve platinum certification status in the United States with his single “Swing”. This is our guide for a little more of the same. Enjoy.

We start off with the one and only Scribe because he is an artist that really put New Zealand rap on the map and showed that the little pacific nation has much to offer when it comes to genres of music. The Christchurch rapper released The Crusader in 2003 and captured the hearts of New Zealanders to such an extent that the debut album went gold within hours and platinum after just a few days. His hit Stand Up was awarded Single of the Year at the 2004 New Zealand Music Awards. He also received two number one singles before releasing Dreaming in 2004 which went straight to number one. It was the beginning of quite the trend for rappers in NZ.

Savage has perhaps the most recognisable voice in the New Zealand rap scene. Whilst you may not have listened to his stuff directly, his songs have been featured in such popular movies as Knocked Up as well as Step Up 3 and Superbad. This makes Savage the most commercially successful rapper from New Zealand. What sets this legend apart is that he is a self-confessed singles artist. He spends a lot of time developing one or two songs that will then be picked up by the clubs or the movies rather than whole albums. Those songs are known colloquially as “bangers”.

Of Maori and Niuean blood, Che Fu — actually Che Ness — was born and raised in Auckland. He joined a Western College Springs school band, which was called The Low Down Dirty Blues Band, as a guitarist. However, in the early ’90s, the band changed its name and became the much-loved Supergroove. Che Fu also switched things up and became the vocalist. He’s enjoyed some great success over the years, with perhaps 1997 — at a mere twenty-two years old — providing the most fruitful when he won the New Zealand Music Award for single of the year (with “Chains”), co-songwriter of the year and male vocalist of the year. Che’s album “2b S.Pacific”, with its blend of hip-hop, soul and reggae, became the influence for many of today’s younger NZ rappers and hip-hop acts.

Mareko was a bit of a brief but shining figure in the explosion of New Zealand hip-hop in the early 2000s. He rapped and produced beats for The Deceptikonz — a South Auckland hip-hip group, which also included Savage — and was picked and pushed as a flagship solo artist by his label Dawn Raid. He recorded his album, “White Sunday”, in New York and had a two singles hit the Top 10, but, for whatever reason, could not continue his commercial success. He kept his hand in the game though with mix tapes and an online radio show.

Ladi6 is another Kiwi hip-hop artist who has a major following, not just in her homeland but around the world as well. She was born in Christchurch in the South Island and is of Samoan descent (her cousin, by the way, is the above-mentioned Scribe). She’s toured through Europe in 2010 and 2011 and collaborated with a variety of New Zealand’s music royalty, including, but not limited to, Fat Freddy’s Drop, Jon Toogood, Shapeshifter, Fly My Pretties and The Opensouls. With three top 10 albums under her belt and one hell of a voice, it’s no surprise that she has been hailed as New Zealand’s answer to Erykah Badu.

“We Gon Ride” is another one of the iconic tunes that emerged from the sudden wave of hip-hop and rap that broke over New Zealand in the early 2000s. It’s doubtful that there was any young person in both New Zealand and over the Tasman in Australia that didn’t hear this track from Dei Hamo — the name translates to “The Samoan.” Although, Dei Hamo has been around the music scene in New Zealand since the ’80s, it was this club banger that cemented his spot in the Kiwi rapping elite. And it almost didn’t happen at all; Dei Hamo had become disillusioned with the music industry and had elected to study business whilst working as a baker and raising his son.

Of Samoan and New Zealand European descent, David Dallas is probably the most successful rapper to have come out of New Zealand and still be performing. He began rapping in the late ’90s but came to the attention of mainstream audiences in 2003 when he featured on the remix of Scribe’s track “Not Many”. In 2009 he released his debut solo album Something Awesome, which debuted at No.22 on the New Zealand Album Chart and reached No.1 on the NZ iTunes album chart. The following year Something Awesome won the award for Best Urban/Hip-Hop album at the New Zealand Music Awards. It was also shortlisted for the 2010 Taite Music Prize. Dallas’ rise has been steady and positive since then, and his rapping skills caught the attention of several prominent hip-hop bloggers in the U.S. as well as Kanye West. This secured Dallas a record deal in New York. In recent years, Dallas as released two more albums and also been on a 24-date tour of the United States.

Bill Urale, aka King Kapisi (Kapisi is the Samoan word for cabbage), took his first stab at rapping in Wellington with local hip-hop group Noise N Effect, which would open up their mic during their shows for anyone to have a go with. The rest, as they say, is history. King Kapisi — or Bran Muffin as he was known in his early career — became the first rapper/hip-hop artist to win the prestigious APRA Silver Scroll award in 1999. 2001 saw him release “Savage Thoughts”, an album that really could have only come from the Pacific. Recently, King Kapisi teamed up with a fellow old-hand, Che Fu, and formed Hedlock, a group in which Kapisi’s partner Teremoana Rapley appears in.

Sid Diamond is a rapper from South Auckland who emulates the rappers of the United States, not just in his music, but also in his background and deportment. His background is certainly something more associated to South Central Los Angeles or the rougher parts of New York. He’s an artist who isn’t afraid to court controversy, like in 2008 when he appeared in a music video for the track “Put Your Colourz On”, which featured South Auckland street gang members. His brother has been in and out of prison, and his father was actually president of the notorious gang The Tribesmen. This has, however, given Sid Diamond a unique, raw edge to his rap music. One that contrasts with the more commercial sound of his peers.

MC Tali is by far and away the most accomplished female MC to ever come out of New Zealand. She is less a part of the hip-hop community than any of the others on our list, instead taking her influence from — and influencing — the drum ‘n’ bass scene. Her track “Lyric On My Lip” made it to no. 37 on the U.K. singles chart, something not to be sneezed at when you consider the caliber of the competition in the United Kingdom. She describes her own style as “electronic soul meets gangster jazz,” and she is really one of only a handful of female MCs in the world. Not only is this talented woman a prolific entity in the music industry, but she has recently been offered a book deal for a contemporary fiction novel that is based in her homeland of South Taranaki.