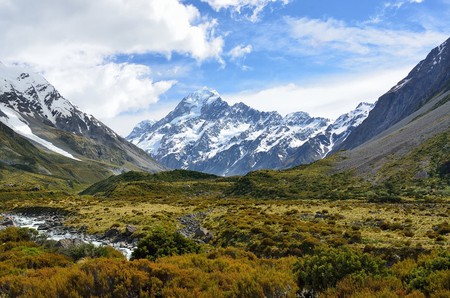 Although best known as the location of other-worldly fantasies (looking at you, Lord Of The Rings), New Zealand also has played host to some hugely impressive earth-bound films. To mark the 25th anniversary of Jane Campion’s masterpiece The Piano we take a look at five stunning films that were set in New Zealand.

Based on the true story of Juliet Hulme and Pauline Parker, Heavenly Creatures cast Kate Winslet and Melanie Lynskey in their debut film roles. Set against a backdrop of 1950s conservatism, the film tells the tale of two teenage girls who form an intense bond, inventing a rich fantasy world to escape their mundane and troubled family lives. The relationship blossoms as the pair create characters and stories, while their parents become increasingly concerned about their friendship and threaten to force the girls apart. In retaliation, the girls hatch a plan to murder Pauline’s mother, who they believe is the main instigator, but find that the real world has real consequences.

A rebellious teen (Julian Dennison) runs away into the New Zealand outback with only street smarts and a rucksack of sandwiches to survive. Clearly out of his depth, his outdoorsman foster father (Sam Neill) tracks him down and initially plans to bring him back. However, a revelation sets them on a different path, and the unlikely pair embark on an adventure in the unforgiving wilderness as the authorities track them down. Director Taika Waititi was already one of New Zealand’s best-known filmmakers at the time of release, a reputation that has only been enhanced with Thor: Ragnarok (2017). 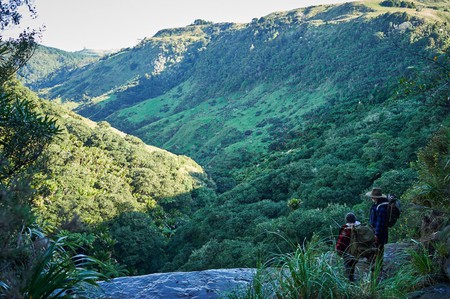 'Hunt for the Wilderpeople' | © Vertigo Films

The story of a young girl’s battle against tradition. After her mother and brother die during her childhood, Paikea (Keisha Castle-Hughes) is shunned by her grandfather (and chief) who believes that only males are worthy to lead the Whangara people. Paikea sets out to prove her grandfather wrong by training hard and beating all of the boys in the trials to name a successor. The scenery is stunning throughout, and the central Oscar-nominated performance by Castle-Hughes is made all the more remarkable by the fact that she was only 12 when the film was shot.

The incredible true story of New Zealander Burt Munro (Anthony Hopkins), who worked for 25 years to increase the speed of his motorbike, a 1920 Indian. Dreaming of taking his pride and joy to the Bonneville Salt Flats in Utah to see how fast it would go, it is only when heart disease threatens his life that he decides to mortgage his house and ship the bike halfway around the world. Throughout his journey the people he meets are charmed by his friendliness and his makeshift bike. But will his charm convince people to let an old man speed off into the sunset? The rural lifestyle in New Zealand is wonderfully showcased in the movie.

When a mute woman named Ada (Holly Hunter) and her daughter (Anna Paquin) move from Scotland to New Zealand as part of an arranged-marriage agreement, Ada’s new husband (Sam Neill) refuses to let her bring her beloved piano into their home and instead sells it to his neighbour George (Harvey Keitel). Angry and resentful of her new life, Ada bargains with George to give him lessons in an effort to earn the piano back, but over the weeks that follow, and the growing understanding of each other, the pair begin an affair that threatens to destroy the formerly peaceful land. 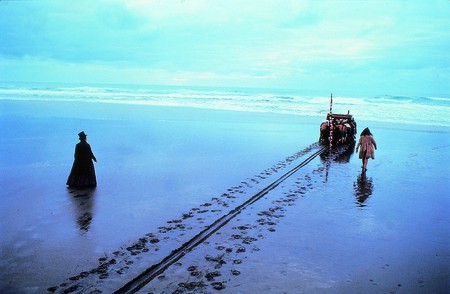 The Piano returns to cinemas everywhere for one night only on 15 June, after which it will be re-released on home-entertainment formats on 16 July.