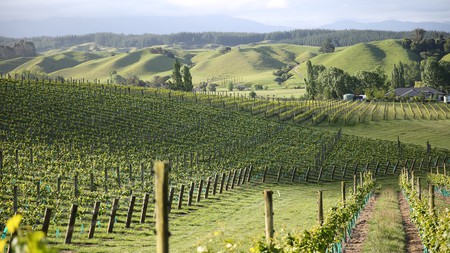 New Zealand produces an envious amount of delicate, robust, tangy and subtle wines, many of which are among the world’s finest. Several factors play a part in New Zealand’s successes in the wine industry, but perhaps the most crucial is the country’s geography and climate.

New Zealand is a land of two halves: the north end of the North Island is generally warm, and the South Island’s southern areas can be chilly. Geographical diversity is critical, with New Zealand having arguably the most contrasting geography in any major wine-growing country over the same mileage. Simply put, geography and climate are the key to what grapes grow where, and this globally renowned, unassuming country produces about 325,000 tonnes (358,251 tons) of the stuff every year. New Zealand is internationally celebrated for its sauvignon blanc, but that’s just one chapter in the country’s illustrious wine book; with specific regions having different geographical characteristics, there’re more grape varieties grown in New Zealand than one might expect. And it has geography to thank for it. 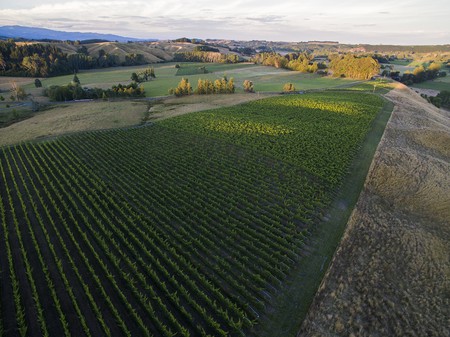 Most vineyards are located on the east coast of both main islands, benefitting from the “rain shadow”. | Image courtesy of Neudorf Vineyard

The casual observer might be limited in knowledge about the few most well-known wine-producing countries. However, wine is now produced in volume in nearly 80 countries. For example, Moldova produces approximately 150,000 tonnes (165,346 tons) of wine annually, and the world’s highest vineyard by altitude is located in Tibet. Each country has geographical properties helping to produce niche wines – and New Zealand is no exception.

Wine connoisseurs use specific words to describe a region’s geography and the accompanying tasting notes: “Sun-drenched”, “hilly”, “temperate”, “tropical”, “dry”, “mountainous”, “frosty”, “peaty” – these are all adjectives used in New Zealand’s wine-growing areas. When it comes to tasting, “zesty”, “pungent”, “fruity”, “nutty”, “toasty”, and “floral” are all indicative of the country’s famous wines.

New Zealand’s natural environment is perfect for wine making. The country’s wine regions extend from subtropical Northland to Central Otago in the South Island, home of the world’s most southerly vineyards. As a relatively small island country, no New Zealand vineyard is more than 120 kilometres (75 miles) from the ocean. These positions allow for a cooling effect from the night’s sea breezes. The majority of the vineyards are located on the east coast of both main islands and benefit from being in the “rain shadow” of mountains. When sunshine is added to the mix, it’s no wonder grapes thrive in New Zealand. Central Otago receives about 1,950 hours of sunshine annually, with varying amounts of rainfall. The Auckland area is warmer and more humid, naturally, with over 2,050 hours of sunshine and 1,240mm (49in) of rainfall per year. Nelson and Marlborough (at the north of the South Island), benefit from a whopping 2,405 hours of sunshine and about 800mm (31in) of rainfall, with gravel and clays helping the soil to retain water. Auckland’s volcanic location, by contrast, has resulted in sandstone, clay, mudstone and wind-blown silt. Many of New Zealand’s soils were left when ancient glaciers receded.

With such diverse regions, many New Zealand wines are as specific as those from French appellations. Though constant cold weather can at times make for unsuccessful vintages, New Zealand’s geography allows for superb flavours, each defined by their microsystem. 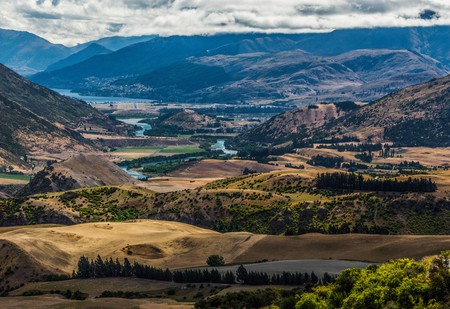 Despite being a wine-making paradise, New Zealand has challenges like every other producer. Increasing costs including labour and the risk of pests and disease are all real threats. Water degradation has also been well documented recently. Another challenge is consumer ignorance: New Zealand was in danger of simply being known for sauvignon blanc, with other grape varieties being put in the shade (thankfully, this has changed).

Rosie Finn from the highly acclaimed Neudorf Vineyards, based up the road from Upper Moutere in the Nelson environs, has other concerns. “The world is facing an environmental crisis,” she says. “Naturally this is affecting the agricultural sectors, including the New Zealand wine industry. Summers are dryer, vintages earlier and conditions more extreme. At Neudorf, we’re an organically focused winery, so we’re aware of our carbon footprint playing a large part in the decisions we make. Moving forward, we’ll see less international travel and a stronger focus on sustainability worldwide. One of the only perks to the global Coronavirus pandemic is scientific evidence of a drop in carbon emissions, and I hope that we have learnt to work in a digital era in a way that is good for the planet.”

The New Zealand wine industry owes a lot of its success to its dedication to sustainability. Growers are committed to producing the best wines without negative impacts on the environment. In 1997, Sustainable Winegrowing New Zealand™ (SWNZ) was one of the first programmes to be established. Today, 98 percent of New Zealand’s vineyard-producing area is recognised by SWNZ with 7 percent of vineyards operating under official SWNZ organic programmes. These figures support the country’s clean-living lifestyle. Finn adds, “SWNZ has been instrumental in moving towards sustainable wine growing and Neudorf Vineyards are proud to be a part of it. An increasing number of vineyards are converting to organic practices.”

Further evidence of New Zealand’s commitment to sustainability is provided by the 2016 Geographical Indications (Wine and Spirits) Registration Amendment Bill. It protects “the interests of consumers of wine and spirits in New Zealand by providing assurance that a wine or spirit using a registered geographical indication originates in the territory, region, or locality to which the registered geographical indication relates.” 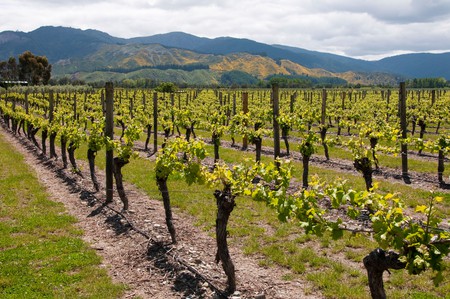 New Zealand is no stranger to wine accolades. The country’s wine is as popular as it has ever been, with Otago pinot noir and Gisborne chardonnay competing with Marlborough sauvignon blanc (which still accounts for 86 percent of the country’s exported wine). Gaining an internationally recognised award certainly deserves recognition and Villa Maria – associated with sauvignon blanc globally – won the 2019 New Zealand Wine of the Year™ award for its 2018 syrah, highlighting the company’s all-round expertise. Rockburn from Central Otago claimed the champion spot at 2019’s New Zealand International Wine Show thanks to its silky pinot noir. At Decanter’s 2019 World Wine Awards, New Zealand was represented by three Best in Show medals, with 542 other wines receiving a platinum or bronze medal from 17,000 blind tastings from global wines.

There was a time when New Zealanders were pleased just to produce any wine. Now, they’re proud to produce award-winning vintages on a global scale. Raise a glass to NZ wine and take a look at this brief guide to New Zealand’s most prominent wine-growing regions and their geography, together with their most-produced grape varieties.

Hawke’s Bay is very sunny, with a maritime influence that permits a long growing season. Surrounding high areas provide shelter and soils are predominantly sandy loams and loamy clays. The warmer conditions result in more tropical flavours, such as melon and nectarine. They are generally pungent and crisp.

Marlborough gets plenty of sun, with cooling ocean breezes. Sauvignon blanc is produced with the help of minerals, producing aromatic and “pure fruit” tastes aided by the protective mountains and free-draining soil.

Sheltered and close to the ocean, Nelson has a remarkable amount of sunshine. Silty soils produce lighter, more delicate wines.

This region has short summers and expected frosts. Low humidity promotes purity. Soils are high in minerals, and irrigation is used to optimise fruit quality. South Pacific breezes and the Southern Alps contribute to a unique product.

Aukland is largely warm and humid, although rain can be heavy in winter. Volcanic, fertile soil produces vibrant, spicy syrah.

Canterbury is an expansive area, with the Southern Alps ensuring low rainfall, with warm summers. Long, dry autumns aid ripeness and variety. The soils tend to be shallow.

A “boutique” area on the North Island north of Wellington, it has a semi-maritime climate with hot summers and cool springs and autumns. Sheltered by the Tararua Ranges, it has a long growing season which heightens the wine’s complexity and character.

This is an updated version of a story created by Thalita Alves.