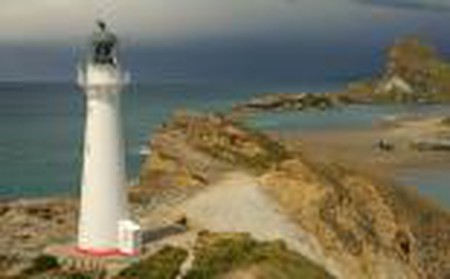 One of New Zealand’s many hidden gems, the Wairarapa is a stunning destination near Wellington with a thriving cultural and artistic scene, surrounded by astounding landscape. Culture Trip takes a tour of this area, stopping by Masterton, Martinborough and Gladstone, to explore the world of local music, art and literature, from the Aratoi Museum to the legendary Hedley’s bookshop. 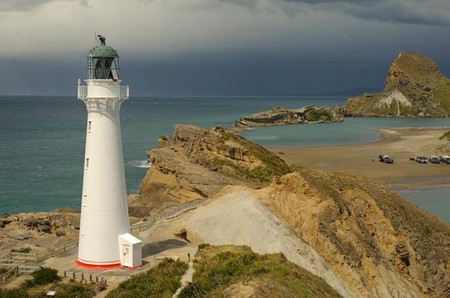 You might not have heard of the Wairarapa or of three sub regions that the 45,000-strong population area consists of – Gladstone, Martinborough and Masterton. You have almost certainly heard of James Cameron, Peter Jackson, Ladyhawke, Flight of The Concords and Vincent Ward though, only two of the high-profile and highly successful creative people who call this little part of the world home. An hour from New Zealand’s capital city Wellington, the Wairarapa (meaning ‘glistening waters’) is a place of big skies, wide valleys, and vast character – all of which means that its art and culture scene brims with vitality. More than one person told me how it feels right, and that feeling has evidently had an impact. I spent a weekend investigating three examples of successful and inspirational projects that prove how big things can happen in small places. Interesting, informative, and full of inspiration –there’s something in those glistening waters. 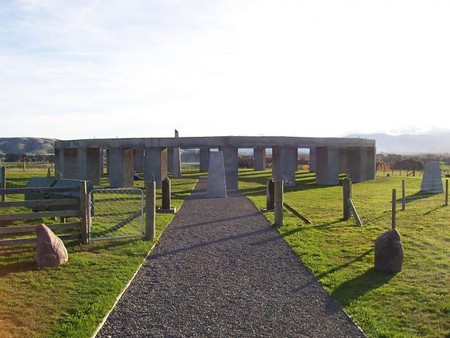 Coffee with Mark Rogers in Masterton, the largest town in the area, was both an eye-opener and proof that if you want something doing, you just have to do it. Together with local Katie Grantham he established music promotion company Up With People, in recognition of the fact that if something was going to happen, they may as well be the ones to make it happen. Starting with gigs in the local Aratoi Museum (called A Night At The Museum), barns, churches and pubs, they have evolved their concerts into bigger affairs, in terms of both audience and profile. Mark himself moved from his ‘small valley town’ in Wales to Brixton in 1981, and had what he describes as ‘a ball.’ Building up his reputation, and having a lot of fun in the process, with labels, promotion and PR work, he namedrops naturally people like The Clash, Alan McGee, Goldrush, Mojo, and many more, until the conversation is peppered with names making up the coolest little black book known. It is testament to the small little town that someone with such vast experience who lived for more than two decades in arguably the best city for live music in the world has chosen to stay here (although as always, romance had something to do with it).

The Datsuns were the first band that the pair had play, and in a small venue with superb lighting, the vibe was cerebral. Having cemented the reputation of rootsy bands such as The Handsome Family and Giant Sand in the UK, and coining the phrase ‘country music for the Nirvana generation,’ a comment happily picked up by The Independent, he was able to bring them to the Wairarapa, a coup that captivated local people. In the last couple of years the King Street Music Venue become a regular home for Up With People’s gigs, the 300-person capacity venue being designed by sound engineers and for musicians, thus superb in terms of acoustics and setting, but they continue to seek out interesting locations, and in February organised the sell-out ECLIPSE – a Pink Floyd tribute act with light show at Stonehenge Aotearoa, a replica of Stonehenge on the hillside. The latest big name to find his way to Masterton is Pokey Le Farge. Representing the jazz and roots singer (who has performed on records with Jack White amongst others) on his tour to Wellington and Auckland, Mark used his charm and practical nature (New Zealand is a long way to come to only play two gigs) and insisted that that Pokey play Masterton, hence a sold out and wildly successful show. A career of lucky, connections, tenacity and passion has led Mark to where he is now, both literally and metaphorically, by way of geography and career, and is both how and why he adds value to the community.

Acknowledging that originally it was ‘a wrench’ to leave behind the music scene of London, he also states that in any place in the world there are people playing music and people listening to it. ‘There’s always a kid with a guitar,’ we both say at the same time. What has happened in the Wairarapa has come from the same DIY ethos that sees things happen anywhere. ‘My advice to people wanting to put on a gig – just do it.’

Aratoi: Wairarapa Museum of Art & History is yet another example of a small place punching way above its weight, something that New Zealand has a reputation for. The site both houses a permanent exhibition of the region’s heritage, and attracts ludicrously big name touring exhibitions. Currently on show is The City, Becoming And Decaying, a 120-piece photography collection from 18 photographers across 22 countries, showing the urban landscape as a rich, creative and future-oriented, and the flip side – poverty, corruption, unequal incomes and crime. Given that the exhibition is associated with the Goethe Institute, has just been to Japan, and is on its way to Sydney, its arrival in Masterton is proof that the area not only attracts creativity, but allows it to thrive. 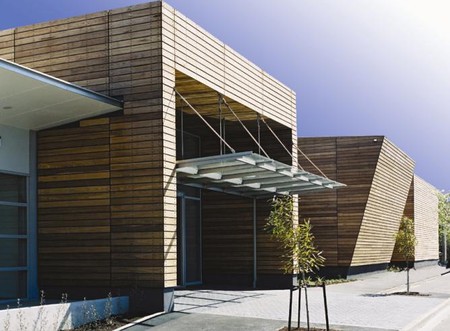 The Museum is at the forefront of New Zealand culture, but always has an international focus, something that director Alice Hutchison believes is important. ‘We have a responsibility to tell everyone’s stories – Maori, Kiwi, European, and international. As a place where the first settlement was formed over 800 years ago, the Wairarapa has a long history, and we are somewhere that people come to find that history.’

Alice too has a stellar career, a CV that includes curation in Los Angeles, New York and London, yet has found home in the Wairarapa. One of the first internationally renowned exhibitions that she managed was a showing of William Beetham’s work. Born 29 kilometres east of Masterton, he left New Zealand in the 19th century and travelled Europe painting the heads of state, with paintings being shown at the Royal Academy. Bringing his work back to the Wairapapa demonstrated the homegrown talent from the small area, as well as the international renown that this talent can bring. Connecting the world to the Wairarapa is a repeat trend, it seems. 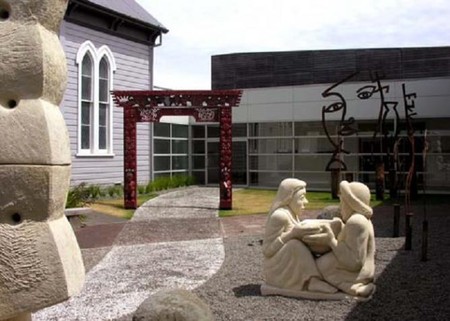 Outside Aratoi | © Courtesy of regional government

‘The bookshop is dead’. ‘The bookshop is not dead’. ‘The bookshop is dead, but reading isn’t’. Every week a different headline about the world’s literary scene hits us. Hedley’s Books is an institution, and one that appears to be going nowhere. Run by David Hedley now, the independent store was founded by his grandfather in 1907, when an unemployed stint forced him to start selling The Dominion newspaper from the back of his bicycle. When the business needed a steady base, and a second title, The Freelancer, was added, Hedley’s was in its genesis. A few magazines later, books were added, and Hedley’s bookstore was born. Although the bookselling scene has changed dramatically in that time, and continues to do so, the store has had tenacity, even as a one-penny lending library during the Second World War. 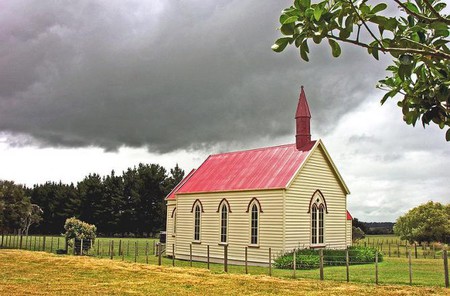 Rather than being threatened by new publishing developments, David sees them as an opportunity, and believes that e-books have ‘grown the pie’, allowing more people to read whilst on the move, or instantly access books. Although a very local store, more and more of their stock is sold online, and visitors find them from overseas. Recently a Japanese tourist found them via David Bowie. It seems that David (Hedley, although Bowie as well one presumes) is a big music fan, and has been involved in numerous music publishing projects. When I ask him how this started, it seems that it started the same way that a lot of things did in New Zealand: with James Cook. ‘A friend of mine runs Genesis Publications (specialists in popular music and limited edition books), and was producing a facsimile of Cook’s original writings. I have always loved beautifully bound and designed books, and worked with him on curating this and publishing it.’ From there things grew, and when we meet he has just got back from a trip with Ringo Starr and Genesis, publishing and showing Ringo’s own photography of The Beatles. Stacked around the upstairs room of Hedley’s are signed prints, vital and revealing images of the world’s biggest band in their most intimate moments.

In a small place in a small country tucked down in the corner of the globe, big things are happening. The understated confidence of New Zealand and the Wairarapa means they won’t shout about them – but the rest of the world would certainly be fools to ignore it. 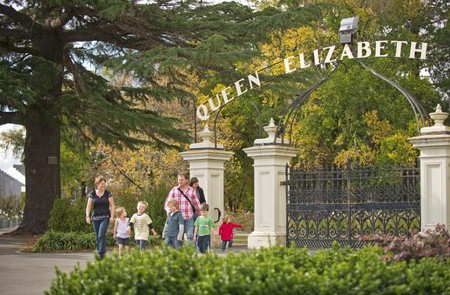 If you want to visit the area…

Masterton is located only 1.5 hours from Wellington, and an easy train ride. As well as the creative people in this article, it is home to the beautiful Queen Elizabeth Park, Shear Discovery New Zealand which tells the story of sheep farming in New Zealand, the Genesis Recreation Centre and Aratoi: the Wairarapa Museum of Art & History. Masterton is a terrific base to explore nearby Castlepoint, the region’s most spectacular beach, and the Pukaha Mt Bruce National Wildlife Centre, which is home to Manukura, New Zealand’s only white kiwi bred in captivity. Masterton is also the gateway to the region’s characterful towns of Martinborough, Carterton, Greytown and Featherston. I stayed at the beautiful and history-drenched Llandaff Country Residence, where the traditional timber-clad building, built in 1880, evokes images of literary greats scribbling away, and could be the setting for many a novel. Home to Elizabeth and Robin Dunlop, as well as old farm machinery, heritage furniture, the odd pheasant, home reared eggs and home made biscuits, and a relaxed ambience, it’s luxurious and affordable.