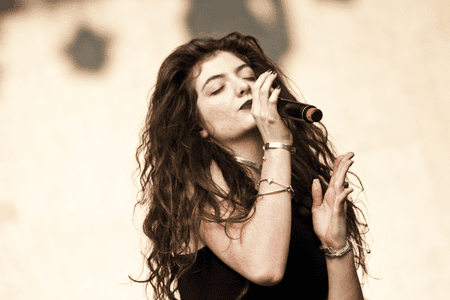 New Zealand has brought many noteworthy musicians to the world stage. The local music scene is best characterised by artists who like to tap into various genres, from electro-pop to rap, alternative rock and everything in between. To give you a better idea, here’s a glimpse of the popular tracks that have been hitting the airwaves recently.

A New Zealand pop star that needs no introduction. Aucklander Ella Yelich-O’Connor (better known as Lorde) took the world by the storm in 2013, at the the age of 16, upon the release her hit single ‘Royals’. Since then, she has earned several accolades, including two Grammy Awards, a BRIT Award and ten New Zealand Music Awards. Lorde’s music incorporates a varied mix of sub-genres like dream pop and indie-electro.

Since the end of 2016, local media has been keeping a close eye on the chart-topping hip-hop artist Kings: a newcomer with a catchy electro single that knocked Lorde off the charts — and stayed at peak position for more than 27 weeks. The song in question, ‘Don’t Worry Bout It’ made its New Zealand Top 40 chart debut in May 2016 and spent the entirety of the second half of the year on the charts. As a testament to his success, Kings was later named the Vodafone Music Awards’ Breakthrough Artist of the Year.

Some might recognise Hamilton-born Kimbra for her collaboration with Gotye in the hit ‘Somebody That I Used to Know’. Others might be familiar with her eclectic musical style, which is an interesting blend of pop, R&B, rock and classical jazz elements. Her most famous singles are ‘Settle Down’ and ‘Cameo Lover’, the latter of which won an Australian Recording Industry Association (ARIA) award. Her third album, Primal Heart, is due to launch in April 2018.

New Zealand recording artist Stan Walker got his big musical break across the ditch, when he was crowned the winner of the seventh and final season of Australian Idol. That was in 2009; the singer has since released five studio albums, won five New Zealand Music Awards, received five ARIA nominations and has guest-starred in a handful of New Zealand films and TV shows. Walker’s musical style draws on pop, soul, hip-hop and R&B influences, with the artist often citing Beyoncé as one of his main inspirations.

Singer and songwriter Gin Wigmore is famous for her emotionally-charged tunes and uniquely raspy voice. The Aucklander made her world debut at the age of 17, when her song ‘Hallelujah’ (a heartfelt tribute to her late father) won the grand prize at the International Songwriting Competition. Wigmore has since released three full-length albums, toured across the globe and has had some of her hits featured in an array of TV programmes like Grey’s Anatomy, The Good Wife and Revenge. She has even performed some of her newest releases in an intimate concert held at a TEDx event in Antarctica.

Evan Sinton, better known by his stage name Maala, is a singer-songwriter whose rise to fame can be traced back to the second season of New Zealand’s Got Talent in 2012, in which the artist came in third. Three years later, in 2015, Sinton emerged with a new look, a new moniker and a distinctive electronica sound, emanating from his recently penned, emotionally-charged ballads. In 2016, Maala released the single ‘Kind of Love’ and the debut album Composure; that same year he was named the Best Male Solo Artist at the New Zealand Music Awards.