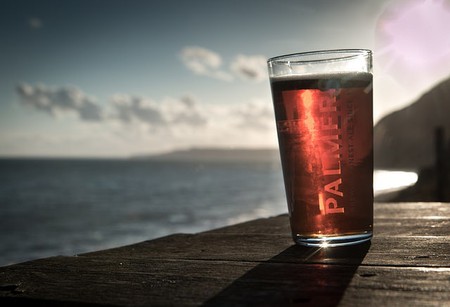 New Zealand doesn’t have as much of an affinity when it comes to the idea of a beer garden as the English do, which is ironic because the weather in NZ is more temperate by far. However the Kiwis are learning, so here is our guide to finding the best beer gardens in Dunedin. 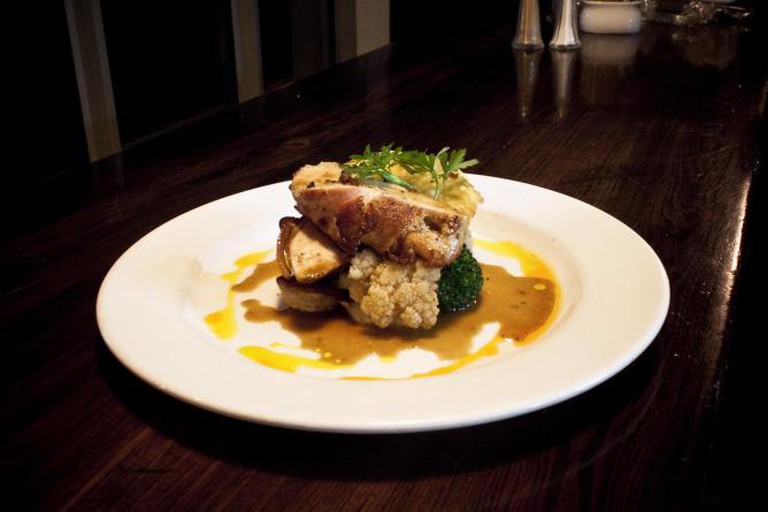 Ironic Cafe is a firmly established Dunedin favourite. They do amazing food here, really they do. Most of their ingredients – including their olive oil – is sourced locally, which always leaves you with a slightly contented post-meal glow to think that you’ve helped support local farmers as well as given your own guts a tasty treat. The don’t have the most extensive beer selection by any stretch, but they do have the ones that matter down these ways – Speights and Emerson’s. 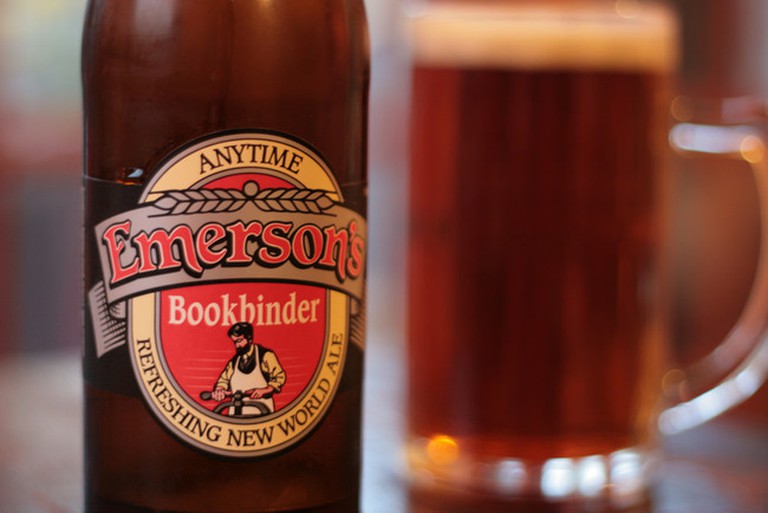 You can’t really visit Dunedin without coming to pay homage and drink a beer at Emerson’s. Long, long ago… in the 80’s, Emerson’s started up and began producing some of the finest beer in the region. It’s become a byword for Southern quality, and almost has as loyal a following as Speights. Sit outside the cellar-door and get yourself a liquid education in the sun, next time you happen to be passing. The Bookbinder is a favourite among locals. At 3.7% ABV, it’s the beer of choice for those who have got a long barbecue or cricket game to get through, and don’t want to be carried home at the end of it. 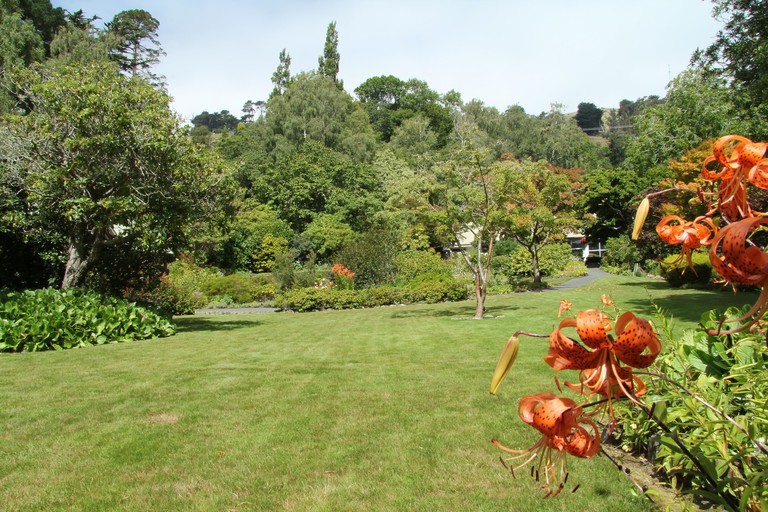 The view over the Glenfalloch Gardens. | © Graeme Scott / Flickr

If you’re after a thoroughly soothing beer-garden experience in the Dunedin region, you’re not going to be able to get better than Glenfalloch. To build up an appetite or thirst we recommend taking a constitutional around the gardens that are replete with native shrubs and plants, flowers and some of the most iconic and recognisable trees from around the country. Then park up and enjoy some of the scintillating food and drink that Dunedin has to offer. 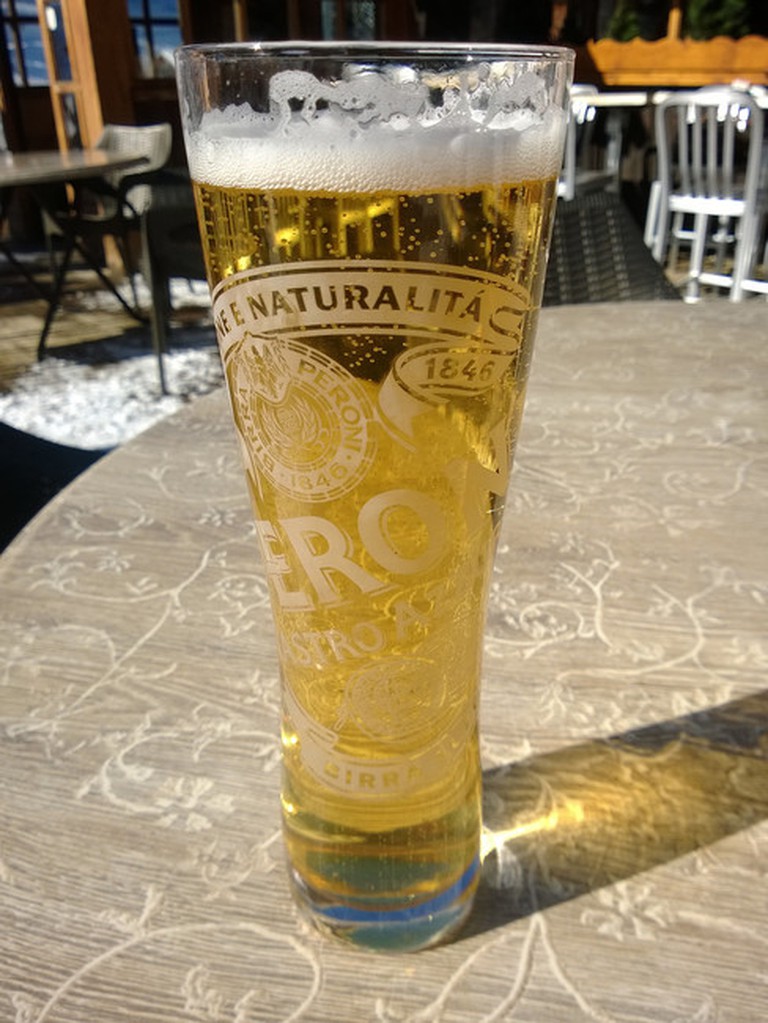 Fresh seasonal ingredients combined with al fresco dining are the order of the day at the Starfish Cafe. This is another Southern New Zealand joint that’s focus isn’t so much on variety when it comes to beer as it is to loyalty to local brands. Emerson’s is the leader here, and really that’s all you need as you sit out on the deck and take little time for some introspection. This place is great whether you need a drink, a quick meal or a baked snack. 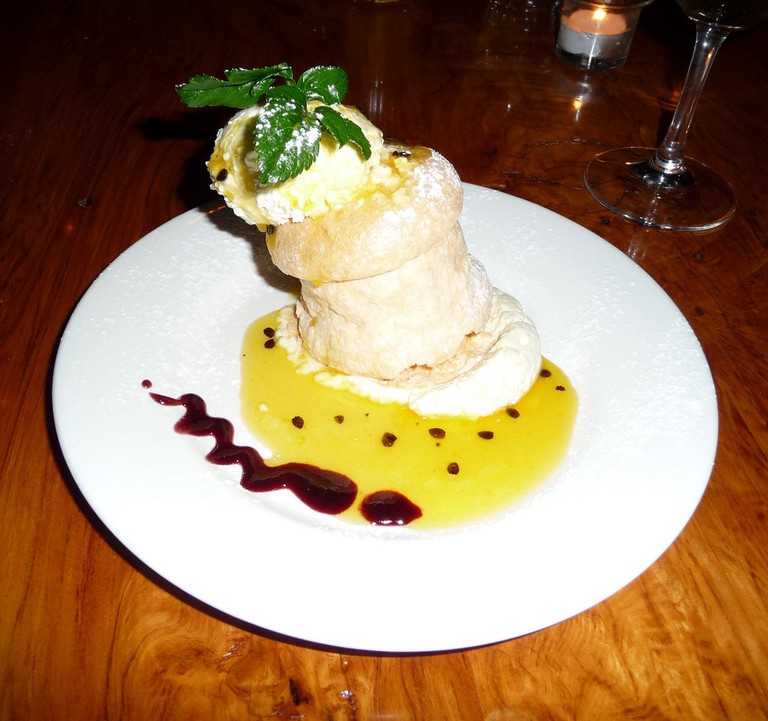 Sure, it’s a chain, and that’s a word that has become synonymous with garbage, but if you’re after a big ol’ slab of the meat, a cold beer and a place to watch the game, then this is a no-brainer. Lone Star has a few of their establishments dotted around the country, and their formula is along the same lines as The Hard Rock Cafe. Big meals, loud music, dark wooden interiors and plenty of screens. The beer garden is fairly simple, but it fulfils the needs of the patrons. Lone Star is one of those places that is a safe bet when you run out of ideas on where you want to go to put the nosebag on. It won’t surprise you, but it won’t disappoint either. The courtyard looks out to the street, and is a real sun-trap, which is great when you want to make the most of those cracker Southern summer days. 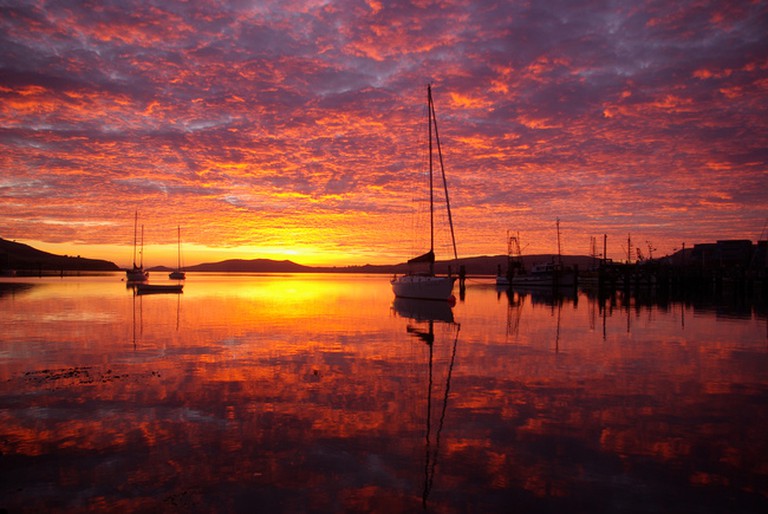 This hotel and restaurant was built in 1874, making it basically prehistoric in New Zealand terms. It’s a bit of a trek out of the city of Dunedin, but is still within the region, and is known as a place where you can get some top-notch seafood in a welcoming and friendly atmosphere. The area that it is situated in is really special, and you’d be well-advised to spend a couple of days here, checking out the quaint wharf and generally taking it easy. A lunchtime at the Bay Pub – as the locals refer to the hotel – on a sunny day, is time well spent. To be a true Southerner, make sure you arm yourself with a crisp pint of Speights. 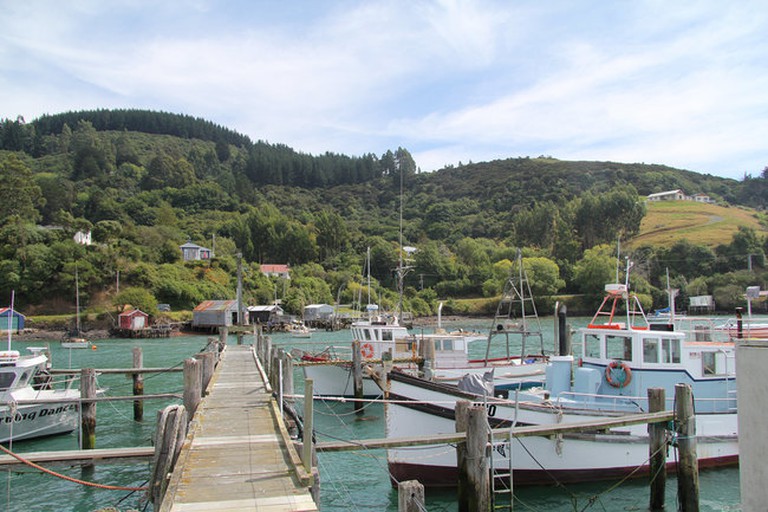 A bit of advice: when soaking up the rays on a balmy lunchtime or watching the sunset over the harbour from the Portobello Hotel, make sure you arm yourself with a bit of fish and chips, and an icy Speights ale to wash it down with. Your stomach will thank you, and on finishing, you will have enjoyed a proper Kiwi meal. The view is pretty special and invites those long thoughtful silences that follow most generous pub meals. Come at sunset for dinner for a view that’ll blow you away.

Cosy, Traditional
Give us feedback