All Blacks vie for Supremacy 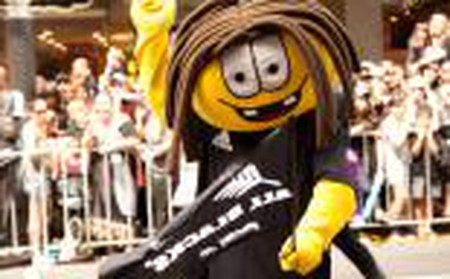 New Zealand’s All Blacks are considered far more than just a sporting team in their native land; they are an expression of national identity. 2011 saw the Rugby World Cup return to New Zealand soil for the first time since 1987 and brought a revival of national pride that had been previously shattered by natural disasters.

To say that ‘Rugby is a religion in New Zealand’ is to reiterate a rather tired cliché; one which has been echoed innumerable times by pundits in the run up to the 2011 edition of the Rugby World Cup. However the sport does attract a fervour which borders on the devotional in New Zealand and the All Blacks are granted a social and cultural importance which dwarfs that of other national rugby teams. 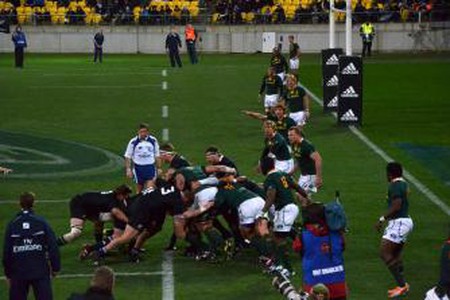 The All Blacks are considered New Zealand’s most potent export; a ferociously barbaric attacking force on the rugby field which simultaneously represents the supposed harmony of New Zealand’s all inclusive, multicultural society. The distinctive Haka war dance they perform before each match embodies New Zealand’s rich and complex national identity, in which indigenous Maori elements battle with the dominant Western colonial culture. The All Blacks represent the idealised self-identity of New Zealanders and as such a lot rests on their broad shoulders.

2011 saw the All Blacks burdened further with an almost unprecedented level of pressure; the 2011 Rugby World Cup was the first return of the event to their home soil since the inaugural tournament in 1987, which was also the last one the All Blacks won. All Blacks fans had grown restless after more than two decades in which they had generally been considered the best team in the world but failed to win the World Cup trophy. Anything other than winning the trophy this time was considered an abject failure.

Beyond the tribalism of the sport itself, this event, and the All Blacks’ progress within it, was widely seen as a chance to rebuild a shattered sense of national confidence following the devastating Christchurch earthquake which destroyed much of New Zealand’s third largest city. The timing and severity of this natural disaster added an extra poignancy to the tournament, which again further emphasises rugby’s significant position in the New Zealand identity; at a time of national vulnerability, rugby was seen as a catalyst to revitalise patriotism.

The All Blacks received the fairytale ending they deserved, beating France in the finals 8-7.

Watch a video of the moment The All Blacks won the Rugby World Cup: