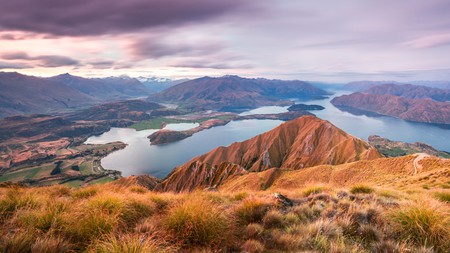 It may be small, but New Zealand‘s South Island is packed with opportunities for adventure – take a gondola up Mount Cavendish in Christchurch, visit Lake Tekapo or climb Mount Cook. Here’s our itinerary for getting the most from your trip – along with top places to stay.

While a series of backpacker buses and public transport can get you to many places, you ideally need to hire a rental car or even your own campervan to maximise your time in New Zealand. Here’s a 10-day driving itinerary that covers the southern half of the South Island, taking in all of its top draws as well as its hidden attractions. 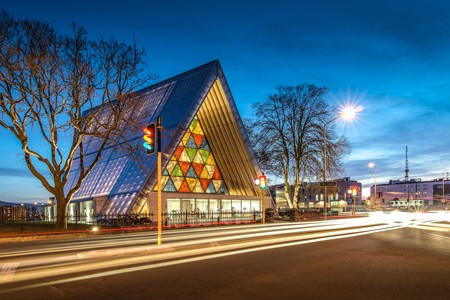 Designed by a Japanese ‘disaster architect’, the Cardboard Cathedral was built as a temporary church to replace the one destroyed by the quake | © Chanachai Panichpattanakij / Getty Images

Start your South Island in Christchurch, where you’ll find a vibrant art scene. Following the devastating 2011 earthquake, the city commissioned a series of art projects that have become hugely popular.

Designed by a Japanese “disaster architect”, the Cardboard Cathedral was built as a temporary church to replace the one destroyed by the quake. The structure – made up of various materials, including cardboard tubes – has since evolved into one of the city’s main attractions.

Even more poignant is the 185 Empty Chairs memorial: each chair commemorates someone who died in the quake. Meanwhile, Fred and Myrtle Flutey’s Paua Shell House in the Canterbury Museum, is a cottage adorned with thousands of paua shells that the couple collected during their lifetime.

Other Christchurch must-dos include riding a doubledecker London bus through the Victorian old town, taking the Christchurch gondola up to Mount Cavendish, as well as punting on the Avon River. The best digs in town are at the George, an intimate luxury hotel touted as one of New Zealand’s finest boutique properties. 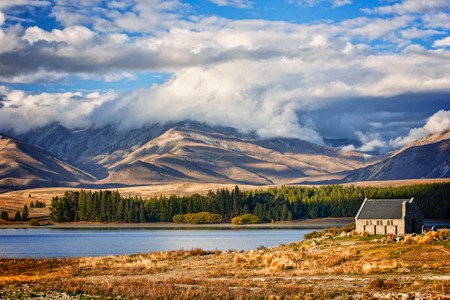 From Christchurch, it’s less than a three-hour drive to Lake Tekapo. However, if you include the dozens of photo stops you’ll inevitably take, the journey will probably wind up closer to four.

Lake Tekapo is a highlight. By day, it sparkles amid the tussock-clad hills. By night, the low levels of light pollution in the Aoraki Mackenzie International Dark Sky Reserve mean you can enjoy spectacular views of the Milky Way. The Church of the Good Shepherd, a great vantage point for stargazers and astronomers, is only a 15-minute walk from the laid-back Peppers Bluewater Resort, which offers a range of rooms and suites in wood-panelled buildings overlooking the lake. 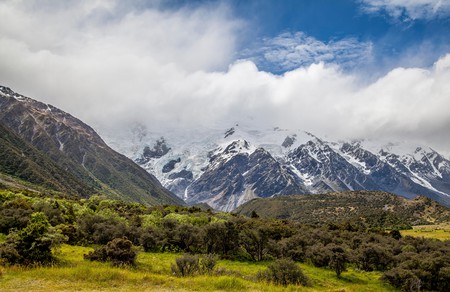 From Tekapo, it’s only an hour to Lake Pukaki, another emerald gem, where you’ll get your first views of Aoraki (Mount Cook), New Zealand’s highest peak at 3,724m (12,218ft).

Another hour down the road and you’ll arrive in Mount Cook National Park, where you can have stunning mountain views from ground level along Tasman Lake. Here, you can go for an easy three-hour hike in the Hooker Valley, or even spend the day climbing 2,000-plus stairs to the Mueller Hut, the closest you’ll get to the peak, other than scaling it or splashing out on a scenic helicopter ride.

Accommodation-wise, you can bunk in the youth hostel, or take a room at the upscale Hermitage Hotel or Aoraki Mount Cook Alpine Lodge – both of which offer breathtaking scenery in the heart of the park. 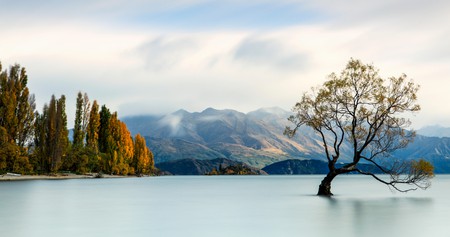 This lonely willow tree even has its own hashtag, #ThatWanakaTree | © Amril Izan Imran / Alamy Stock Photo

It’s a gorgeous two-hour drive from Mount Cook over the 971m-high (3,186ft) Lindis Pass to reach the shores of magnificent Lake Wanaka. From the shore, you can spot the lonely willow tree that caused an Instagram frenzy – it even has a hashtag, #ThatWanakaTree. Carry on for a few hours on foot up Roys Peak, one of most famous trails in New Zealand, with views to die for. It’s quite a touristy spot, but the upside of that is you’ll find plenty of cafes to stop for a bite. There’s also the much quieter Lake Hawea – take the Isthmus Peak Track for the best views.

The popular Purple Cow Hostel is a good backpacker choice for an overnight stay, and if you want to keep your carbon footprint to a minimum, here’s our roundup of the best ecofriendly hotels around Wanaka.

Top tip: Although Wanaka is all about the outdoors, you can also catch a movie at Cinema Paradiso, a classic cinema with sofas, a Morris Minor and home-made ice cream. 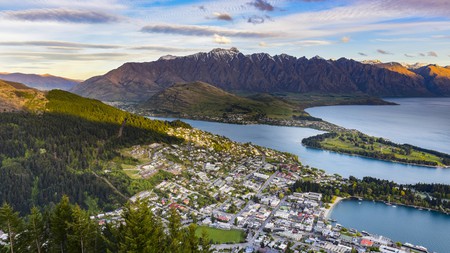 In Queenstown, you can hike up Ben Lomond, bungee jump off the Kawarau Bridge or go skydiving | © wnjay_wootthisak / Getty Images

It’s a 70km (43mi) drive from Wanaka to the southern hemisphere’s adventure capital, Queenstown, where a load of activities await. History buffs can check out the old gold mining village of Arrowtown, noted for its preserved 19th-century buildings and golden autumn colours.

Adrenaline seekers can visit AJ Hackett, the world’s first commercial bungee jumping operation, for a dive off the original site at the Kawarau Bridge. If you have the time (or the cash), you can trek in or do a helicopter tour of Earnslaw Burn, where dozens of waterfalls surround a hanging glacier – it was made famous as a location for The Hobbit (2012).

Other must-dos in Queenstown include hiking up to the summit of Ben Lomond, where you’ll get a panoramic view of the aptly named Remarkables mountain range; joining the queue at Fergburger for one of its legendary hamburgers, and skydiving for the ultimate rush.

For a memorable stay, splurge on a night at Eichardt’s Private Hotel, a Queenstown institution that opened in 1867. Even if you’renot staying, it’s definitely worth stopping by for a drink. If that doesn’t take your fancy, perhaps one of these other outstanding accommodation options in Queenstown – curated by the Culture Trip travel team – will. 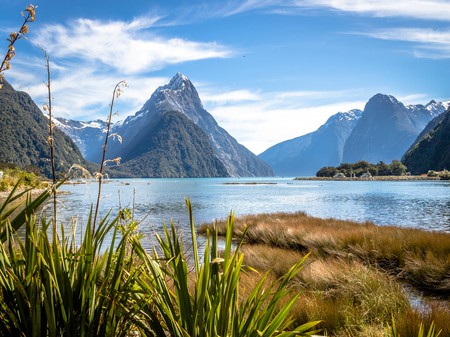 Do not leave Queenstown without driving along magnificent Lake Wakatipu towards the sleepy hamlet of Glenorchy. If you have an extra day to spare, you might want to hole up here at Blanket Bay, where nature and relaxation meet unbridled luxury.

Leave Queenstown and head south to the Fiordland National Park, where granite peaks rise from the sea and fur seals and penguins play under waterfalls. Perhaps the most famous spot here is Milford Sound, but you can get a more comprehensive experience by taking a cruise or a guided walk. Both the Milford Sound and the Routeburn Track Great Walks need to be booked in advance in order to get the permits and accommodations sorted.

Your overnight options include the Fjordland National Park Lodge, which offers a selection of cheap and cheerful rooms rooms, as well as bespoke package tours for you to get the most out of the natural surroundings. 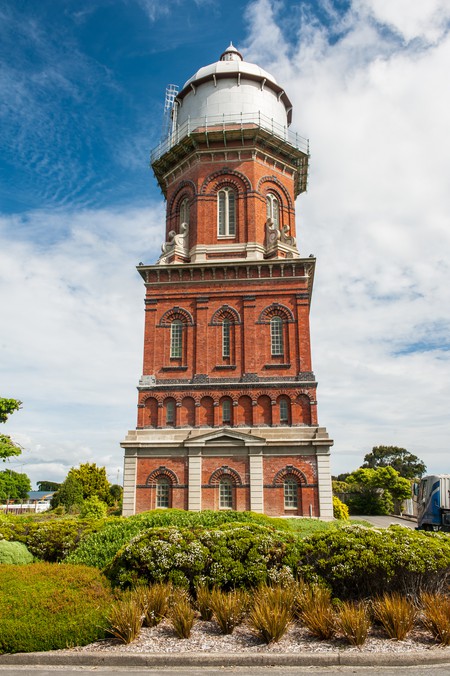 You’ll need two full days to get the most out of Fiordland. Spend a day hiking up the Gertrude Saddle for unbeatable mountain views. Take a magical trek in the forest around the moss-covered Lake Gunn, or you can stroll to Lake Marian, where you ascend past waterfalls to a pristine alpine lake underneath some of the Divide’s most beautiful peaks. Keep your eyes open for the kea, a native New Zealand parrot.

After a full day outdoors, make the 3.5-hour drive to Invercargill. The City of Water and Light is so-called for its long austral summer days as well as being one of the country’s wettest spots. Built in 1896 and one of the oldest surviving buildings in the city, the beautifully restored Victoria Railway Hotel is a classic overnight option – and you’ll dine very well indeed here, too.

Day 8: The Catlins and Dunedin 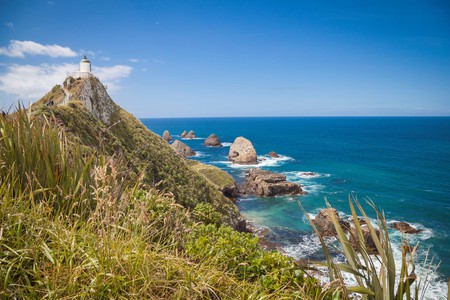 A drive through the southernmost part of New Zealand today takes you to the remote Catlins. Head east from Invercargill to Waipapa Point, where you’ll find a lone windswept lighthouse, a shipwreck memorial and sea lions lounging in the dunes. This area offers a variety of wild coastal scenery, wildlife-spotting opportunities and green forests filled with waterfalls and untrammelled hiking trails.

The wind here comes from the South Pole almost 5,000km (3,100mi) away, with nothing in between to slow it down. Its sheer strength can be seen at Slope Point, 30 minutes from Waipapa, where the trees are all gnarled, bent and flattened at the most southerly point of mainland New Zealand.

Continue east for 20 minutes to Curio Bay, where flocks of shags, cormorants and rare yellow penguins can be spotted. There’s also a 180m-year-old petrified forest. If the weather is bad, head inland 30km (19 mi), where you’ll find a series of waterfalls such as McLean Falls, which are surrounded by dripping ferns and lichen-filled podocarp hardwood forests. We recommend an overnight stay at Curio Bay Salthouse Motel.

At Kaka Point, before you leave the Catlins, you can take a short hike out to the Nugget Point Lighthouse. During the summer months, you might even be able to spot whales.

It’s 1.5 hours or so from here to Dunedin, a charming university town with beautiful beaches and Victorian architecture. 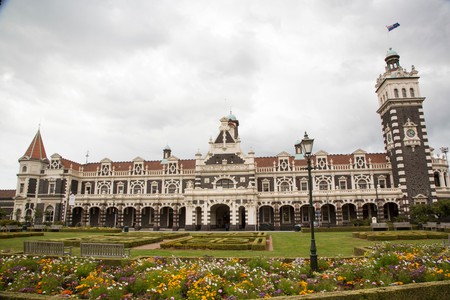 You’ll need a full day to cover all the amazing sights in and around Dunedin, so it’s worth checking in to a local hotel for a night or two. Start your morning with a visit to Gingerbread George, the famed Dunedin railway station. Then head over to Baldwin Street, a cul-de-sac that was listed in the Guinness Book of World Records as the steepest street in the world (until 2019, that is – today, it’s the second steepest).

The Dunedin Botanic Garden is lovely, but for a more wilder landscape, head out of town to the Otago Peninsula, a 20km (12mi) stretch of hill country that’s home to seals, penguins and a breeding colony of royal albatross, as well as the whimsical Larnach Castle and gardens. It’s also an excellent spot for surfers, who will delight at the miles of empty sand and big swells at St Clair Beach.

Round off your visit to Dunedin with a stop to Carey’s Bay Historic Hotel, a Victorian pub and seafood restaurant dating back to 1874. 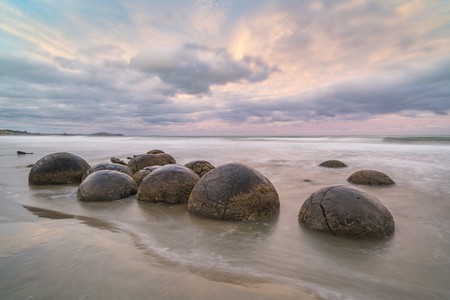 On your five-hour drive back to Christchurch, stop off at Moeraki, a site famed for a series of bizarre spherical boulders that are over a metre in diameter and have been eroded by waves for millions of years. Māori legend says that the boulders are the remains of fishing baskets that washed ashore from the wreck of a large sailing canoe.

While here, make sure to call in at Fleurs Place, a rustic restaurant set in sleepy Moeraki fishing village, where foodies come from miles around to sample its fresh seafood.
If you really want to make your road trip an unforgettable adventure – and save on accommodation – you could hire your own campervan to tour the South Island in, through our trusted partner, Outdoorsy.