A History Of The New Zealand Flag 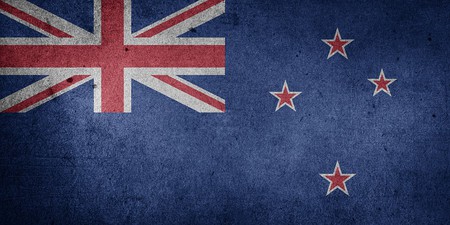 With all the pomp and press that currently surrounds the 2016 Rio Olympics, you will find no shortage of flags fluttering throughout Brazil’s national stadiums. However, while other countries from around the world were merely focusing on selecting their athletes, the New Zealand team was fraught with an extra challenge. With a flag referendum occurring in March of 2016, New Zealand Olympians were to be concerned with what flag they would salute on top of their respective podiums. While the referendum saw no change to the current flag, it did stir a national controversy on nationhood and patriotism. We take a look at the history of New Zealand’s official flags and the controversy that was the 2016 flag referendum.

The New Zealand flag is the symbol of the realm, its government and the people of New Zealand. Its royal blue background is derived from the ensign of the Blue Squadron of the Royal Navy. The stars of the Southern Cross emphasise this country’s location in the South Pacific Ocean. In Māori tradition, the Southern Cross constellation was used by ancient canoe’s to navigate from the spiritual homeland Hawaiki to their new home in Aōtearoa, New Zealand. The Union Jack in the first quarter recognises New Zealand’s historical origins as a colony of the British Empire. Due to its similarities with their trans-Tasman counterparts, the New Zealand flag is often mistaken for the Australian flag. Pay particular attention to which is which at any Bledisloe Cup rugby matches. Should you falter, forewarning – make this mistake at your own peril.

The former flag of New Zealand, The Union Jack | ©WikiCommons

However, the New Zealand flag hasn’t always been the official flag. It was adopted in 1902 amidst the South African Boer War. For six decades before that the Union Jack flapped from New Zealand’s flagpoles, after the British began industrializing the New Zealand colony. Yet, the first ever national flag occurred years prior, between 1834 and 1840. The Flag of the United Tribes of New Zealand was recognised as the first ‘national’ flag of New Zealand. It was not until the 20th century that New Zealand adopted its current flag.

The proposed flag for the 2016 referendum | ©WikiCommons

In conjunction with the national flag, New Zealand’s other official flags include the maritime and governor general’s flag. But Waitangi Day 2010 saw the first official recognition of the national Māori flag, which flew alongside the New Zealand flag on the Auckland Harbour Bridge, Parliament, and other government buildings.

It was not until six years later, in 2016, that flag debates resurfaced and the country was asked in a national referendum to reconsider their flag. While the public were provided with a multitude of options, 57% of the population re-affirmed that the current flag should stay. Just one less thing for New Zealand’s Olympians to worry about…