A Brief History of The Victoria Clock Tower, Christchurch 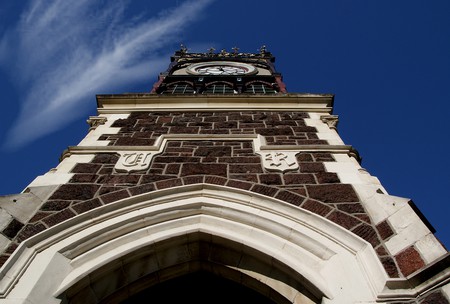 The Victoria Clock Tower, which is also known as the Diamond Jubilee Clock Tower, is an architectural landmark that’s near and dear to the history of Christchurch. From the tower’s colourful past to the its recent restoration, here’s a glimpse into what makes this New Zealand monument so remarkable and cherished.

A clock tower for the Provincial Buildings

The upper part of clock tower was designed by Benjamin Mountfort, and originally commissioned for the Canterbury Provincial Council Chambers. It was built in Coventry, England, by Skidmore and Sons, and sent to Christchurch through 142 different packages in December 1860. The idea was to fit the clock and tower on top of the first wooden section of Provincial Council buildings, but the finished structure proved to be too heavy to be placed in its intended location. Instead, the iron tower was temporarily erected in the Chambers courtyard, while its ornate clock was placed in a stone tower in Armagh Street – where it could not actually be seen, though its chimes could be heard from a faraway distance. This arrangement stayed in place for almost three years. By June 1863, however, the tower had been taken out of its courtyard position. 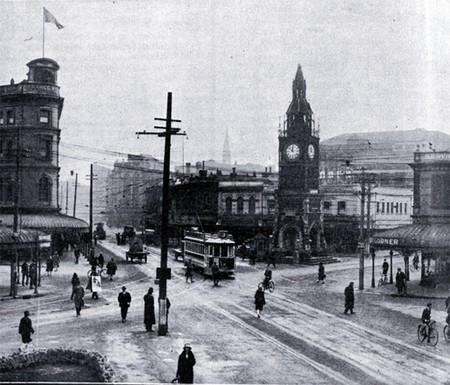 The Victoria Clock Tower in the 1920s | © Wikimedia Commons

Where to from here? A clock tower on the move

As the years went by, there was no shortage of speculation as to where the iron tower would be shifted. In 1865, it was offered to the Canterbury Museum as one of the competing designs submitted to the Government. The idea, however, was quickly dismissed – while the Government recognised the workmanship and efforts that went into the Victoria Clock’s construction, they also believed it would be unfair for other competitors to incorporate the tower into existing design proposals.

In 1867, the City Council took another stab at trying to find a home for the structure. This time, they pitched the idea of placing it on the site of an artesian well that was located on the corner of Cashel and High Streets. Mountfort attended the council discussions at the time, bringing along an elaborate plan for erecting the tower on this new location. Provisions would be made for drinking fountains, a fire alarm, and a lower storey that would be large enough to fit a fire engine. Concerns about the elevated costs for erecting the renovated structure, which was quoted to be between £250 and £650, ultimately led to this proposal being filed away.

Various other episodes like these followed. In 1873, the clock tower was offered to the Christchurch Fire Brigade. A request by the steward and keeper of the Sunnyside Lunatic Asylum to erect the clock by these premises fell on deaf ears. With the abolition of the provincial government system in 1876, the clock was given to the City Council and subsequently stored at the council yard on Worcester Street in 1879. It wasn’t until 1897 that clock had found its saving grace: the Diamond Jubilee of Queen Victoria’s accession, which gave the tower a new purpose and name. 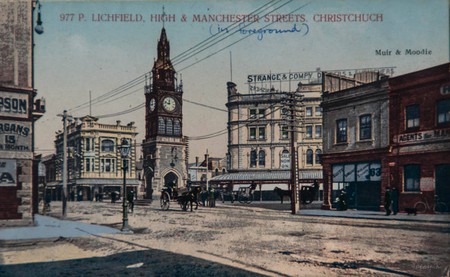 By August 1987, it was decided that the structure would be incorporated into a memorial clock tower to mark the 60th anniversary of Queen Victoria’s reign. This monument would be placed on the intersection of High, Litchfield and Manchester Streets, and would require a stone base to support it. Strouts and Ballantyne were the architects tasked with the base’s design, and construction firm Haig & Co. won the bid for its installation. The original iron structure was re-painted in a chocolate colour, with brick red contours around the roof, and the clock was sent to its original manufacturers (John Moore & Sons) in London for alterations and repairs in 1898. Five bells, made by the British foundry company John Warner and Sons were also fitted in the newly-renovated Diamond Jubilee Clock.

In 1930, safety concerns about the Victoria Clock Tower’s location became apparent as a higher influx of traffic began to pass through the intersection. To rectify this, the tower was relocated one final time to Victoria Street. It underwent a few restorations prior to being shifted. Further renovations, led by community groups and funded by local businesses, were carried out in 1978. Between 2003 and 2004 the tower was given another series of refurbishments, including earthquake strengthening, stone masonry repairs, re-roofing and an overall enhancement of the tower’s architectural details. 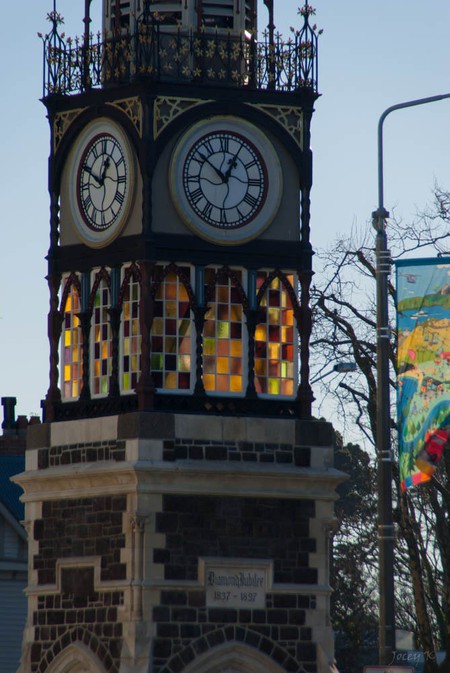 The 2011 Earthquakes and the Victoria Clock Tower today

On 22 February 2011, a magnitude 6.3 earthquake struck Christchurch and the neighbouring town of Lyttelton. 185 people died, and several of Christchurch’s structures were severely impacted. The Victoria Clock Tower was brought to a standstill, as the clock’s finial bent and its structure was damaged. It wasn’t until Thursday 7 February 2013 that the Christchurch City Council’s Environment and Infrastructure Committee proposed that, because of its historic and architectural significance, the tower should be restored to full working condition. The clock tower was subsequently repaired, strengthened, and officially unveiled to the wider public on 22 October 2014. 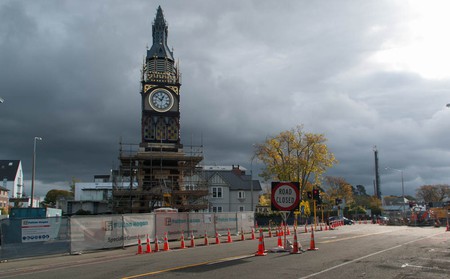