A Brief History of The New Zealand Meat Pie 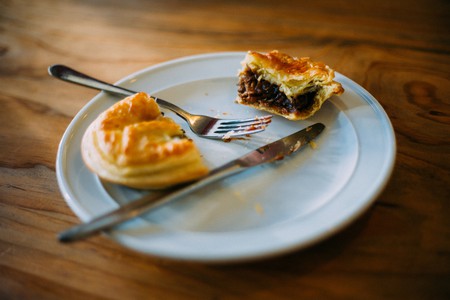 Widely regarded as a Kiwi icon and staple, the humble meat pie has been part of New Zealand’s cuisine since early British settlement. In present times, these hand-size pastries can be found in bakeries, cafés, dairies (the local name for convenient stores), supermarkets, and service stations. Let’s take a brief look at the history of this incredibly popular Antipodean dish.

Origins of the pie

All pies, from the sweet American variety to the New Zealand and Australian savouries, can be traced back to Greece. Historians the world over believe the early pastry shells, made by combining flour and water, had Greek origins, and were then embraced by the Romans. Wealthy Romans would add many types of meats (and sometimes seafood) to their pies, which would often feature alongside the dessert course. Eventually, the British adopted their own version of the dish: theirs was filled with different types of meat — including beef, lamb, wild duck, and magpie pigeon — and flavoured with pepper, currants and dates. 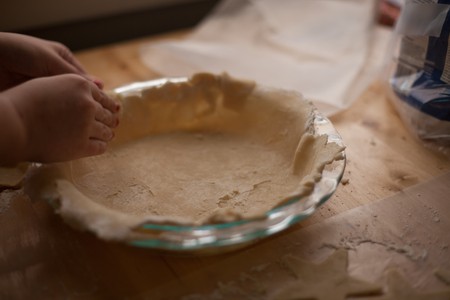 Colonial influence on the Kiwi diet

European settlement in the early 19th century brought a radical change to New Zealand’s food culture. Traditional Maori foods were not favoured by the colonialists, who preferred to maintain their customary practices in their new homeland. As such, the British ‘meat and three vegetables’ notion carved its place within the local diet – so much so, that New Zealand cuisine did not stray from Anglocentric conventions until the 1960s.

The meat pie, past and present

Food historian Andre Tabar, who has written a book about the New Zealand pie’s history, was able to trace the dish as far as early European settlement: a newspaper advertisement from 1863 being the earliest mention he discovered. It is also believed the mutton pie — a speciality in Dunedin, as well as in the wider Otago and Southland regions — has existed since colonial times. In the 1970s, meat pies with melted cheese gained traction. From then onward, the Kiwi favourite continued to evolve – nowadays you can find an array of different flavours and varieties (from vegetarian options to butter chicken) in the pie warmers.

The evolution of chain restaurants and bakeries helped the meat pie thrive. In 1977, local grocery company Progressive Enterprises created the fast food restaurant Georgie Pie, aiming to add a Kiwi flair to the era’s Americanized fast food boom. The chain, whose menu consisted entirely of mass produced pies, closed down in the 1990s due to financial difficulties. McDonald’s (who acquired the Georgie Pie brand before its closure) introduced Georgie Pies to its New Zealand menu in 2013. 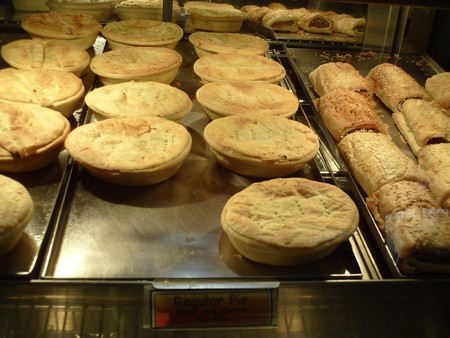 In 1997, a new milestone was reached. The Bakels New Zealand Pie Awards was established, and continues to run annually to this day. The accolade recognises the best pie bakers and manufacturers throughout the country, helping foster the local love affair for this well-established dish. Awards are given for the best mince and gravy, chicken and vegetable, bacon and egg, gourmet meat, gourmet fruit, potato top, vegetarian, wholesale, café boutique, and supreme pie winner.

In present times, each part of the country has its own twist on the traditional pastry. Seafood pies can be commonly found in Auckland, Northland and Coromandel regions, while Nelson has a penchant for game-meat pies. Quality has also improved greatly. Cheap cuts of meat are no longer the norm for pie makers, who are now embracing lower-fat pastries, finer cooking methods and leaner meat cuts. 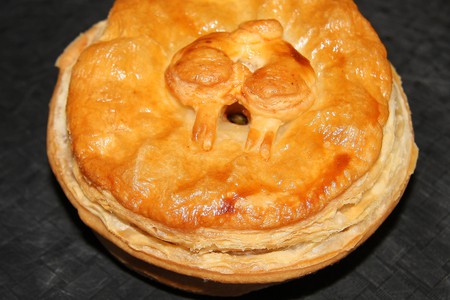 Gold medal pie from Rob's Patisserie in Ponsonby, Auckland | © ItravelNZ/Flickr
Give us feedback