A Birdwatcher’s Guide to New Zealand 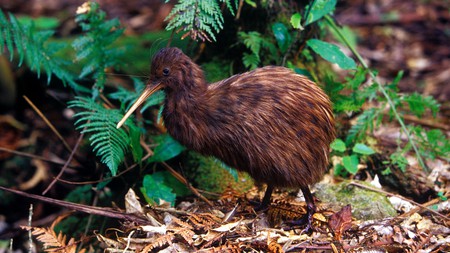 Follow our tips on how to spot the kiwi, the flightless native bird of New Zealand and its national symbol | © Chris McLennan / Alamy Stock Photo

The isolated islands of New Zealand have an incredible array of native birds, including more than 100 unique species that are found nowhere else in the world. That’s why this destination is at the top of the list for birdwatchers across the globe. Learn where to find some of these unique creatures – and what to look and listen out for – in our birdwatcher’s guide.

Before the Māori came to New Zealand around 1,000 years ago, there were no mammals on the islands apart from one species of bat, and the forested archipelago was dominated by birds. Without predators such as rats, stoats and possums, many species evolved to be flightless. Even as late as the 1800s, early European settlers described the birdsong in the mainland forests as “deafening”, and noted they could hear it from their boats even when moored far offshore.

Sadly, since pests were introduced and have proliferated, the dawn chorus in most parts of New Zealand is a lot more subdued. But the country has a big dream: to be free of damaging predators by 2050. Take a glimpse into the past – and hopefully, the future – in this guide to birding across New Zealand.

Sneak a peek at a kiwi on Rakiura/Stewart Island

For a national symbol, the nocturnal and highly endangered kiwi is notoriously difficult to find. To gain a fighting chance of seeing one in its natural habitat, Narena Olliver, a former birdwatching guide and administrator of the NZ Birds website, recommends visitors travel to Rakiura/Stewart Island in the deep south and hike the Rakiura Track, which is one of New Zealand’s celebrated Great Walks. “I’ve seen the kiwi in broad daylight there,” says Olliver, “and that’s a wonderful thing.”

For those who don’t fancy travelling this far, the Otorohanga Kiwi House in Waikato, North Island, is also a good option for catching a glimpse of the elusive creature.

In Kaikōura on the South Island’s east coast, there’s an opportunity to see wandering albatross, which have the longest wingspan of any bird in the world. Local operators Albatross Encounter can facilitate the experience; visitors will also see a range of other seabirds. “It’s really a great privilege to see the albatross in flight,” says Olliver. Kaikoura is also an international whale-watching hub, and nature lovers would be remiss not to take the opportunity while in the area.

Check out some cute penguins in Akaroa

Who doesn’t like looking at penguins? One of the best places to see them is around Akaroa, near Christchurch, which has the largest Australasian little penguin colony on mainland New Zealand. Local family operation Pohatu Penguins offers tours by sea kayak and 4×4, as well as the chance to spend the night in the colony itself. “The best time for penguin viewing is the breeding season between end of August and December,” say Francis and Shireen Helps, the founders of Pohatu. “There are also some windows of excellent viewing opportunities from mid-April to September, when the birds return periodically from the sea.”

Tiritiri Matangi, whose Māori name means “a place tossed by the wind”, is a tiny island and wildlife sanctuary 30km (18.6mi) from Auckland. To visit, take the Fullers ferry from downtown, or jump on at Gulf Harbour at the end of the Whangaparaoa Peninsula. Look out for the vibrant red-and-black tīeke (saddleback) and rare blue-wattled kōkako.

The sanctuary rangers advise people to visit even if the weather looks bad, as often forecasted rain doesn’t reach the island – and the birds can be particularly active after a shower. There’s free tea and coffee at the visitor centre, too. “It’s such a wonderful place for birders,” says Olliver, “especially being so close to Auckland.”

Marvel at massive takahē on the Tāwharanui Peninsula

For those who don’t fancy a rolling ferry ride to an offshore island, just an hour’s drive north of the Auckland Central Business District is the “mainland island” of the Tāwharanui Open Sanctuary. It’s a peninsula with a predator-proof fence and a formidable restoration plan. There are numerous trails through the regenerating forest, a visitor centre and acres of white-sand beach trimmed with pohutukawa trees. Birds to spot are the stately, flightless midnight-blue takahē, the dune-dwelling NZ dotterel and variable oystercatcher. Listen out for the distinctive bell-toll call of the korimako (bellbird); “That’s their morning call, and it’s where they get their name,” says Olliver.

Check pelagic birds off your list in the Bay of Plenty

Pelagic birds spend most of their lives at sea, and usually only spend time on land to breed and raise chicks. “In New Zealand, we have the greatest number of pelagic birds in the world – it’s a big attraction,” says Olliver. She says that one of the best places to see these birds, which include shearwaters, petrels, penguins, gannets, skuas, terns, albatrosses and more, is the Bay of Plenty in the eastern North Island. The Moutohora (Whale Island) Birding Tour offers an amazing opportunity to watch some 168,000 grey-faced petrels arrive home to the offshore island at dusk during breeding season (May to December).

Listen out for tūī and kererū – almost everywhere

Wherever you go in New Zealand, you’re likely to cross paths with some very special native birds without even trying. Keep an ear out for the complex melodies, clicks and cracks of the tūī, a large iridescent-feathered honeyeater that is returning to urban areas as pest control efforts are scaled up. Listen, too, for the distinctive noisy wingbeats of the kererū, a portly native pigeon with a white front and iridescent green and purple head, wings and back. Olliver herself lives in the rural settlement of Greytown, Wairarapa, in the southern North Island, and reports that while it’s not a birdwatching hub by any means, “we’ve got tūī and kererū right in the town itself, so I’m lucky to be able to go birding right in my backyard”.