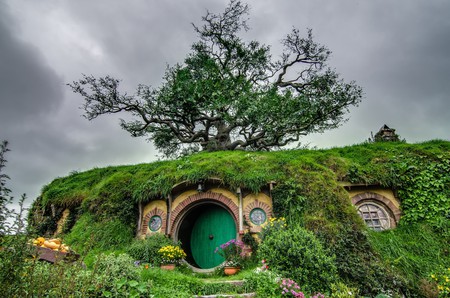 The Lord of the Rings was a landmark book for the fantasy genre when first published in 1954. Peter Jackson’s film trilogy was also a seminal moment in movie-making history. The star performance was unquestionably New Zealand’s portrayal of Middle Earth itself.

Take a closer look at the locations that took these films from fantastic to Oscar-winning.

Fancy going camping at the entrance to the Paths of the Dead? Who wouldn’t? A little way outside of Wellington are the strange, eerie rock formations known as the Putangirua Pinnacles. These bizarre natural pillars have been eroded over the past seven million years into their current shape and provided the perfect setting for one of the spookier sequences in the trilogy. If you fancy a little jaunt out of Wellington, then take a drive out to see these geological oddities and tick off a visit to the Paths of the Dead. 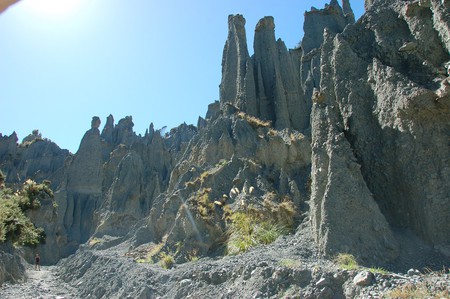 With mountains, rainforest, lakes and fjords all within this national park’s 1.2 million hectares, it’s not surprising that this area of New Zealand was used for a few Middle Earth locations in the movies. Snowdon Forest doubled as the tangled, luscious Fanghorn Forest in The Two Towers – that’s where we’re introduced to Treebeard the Ent – while the River Anduin was actually a segment of the Waiau River between Te Anau and Manapouri. The mountainous backdrop in this area was also used in some of the shots depicting the rough country around Rivendell in The Fellowship of the Ring. 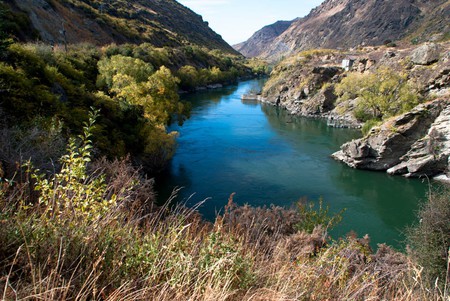 This gorge and the river that runs through it was also used by Jackson and his production team for River Anduin-related shots. This particular area, with its rocky, craggy walls that reverberate with the sound of the rushing water, was used for the sequences where the fellowship row their boats from Lothlorian to Amon Hen. Although you won’t (sadly) see the two enormous statues that are in the film – they were added in by the post-production wizards at Weta Digital – the area itself is just as breathtaking with the sapphire blue water of the river. Central Otago also produces some of the most delicious pinot noir in the world, so once you’ve got your Tolkien fix why not go and check out a winery or two. 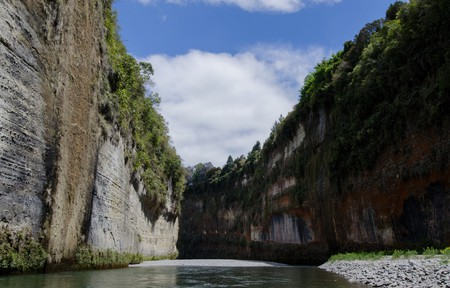 This where the fellowship paddled after Lothlorian | © Jeff Hitchcock / Flickr

J. R. R. Tolkien was very explicit in his descriptions of the places and lands in his fictional world – the man had an incredible imagination. This would’ve made things hard for Peter Jackson, as he had to find locations that would keep the millions of die-hard Tolkien fans out there happy. Thankfully New Zealand is a very obliging country, and when Tolkien described Edoras as a hall set atop a lone hill jutting up from the plains, that’s exactly what the Canterbury region was able to provide. The set might be gone but the hill remains, so why not take a stroll to the top if you’re in the area and look out over the plains of Rohan. 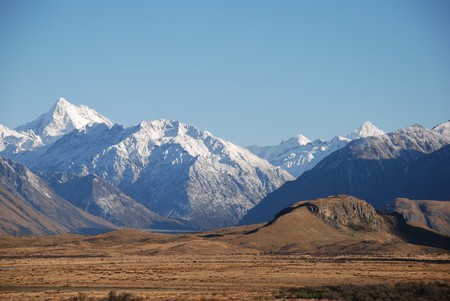 You’ll need to catch a helicopter to see where the fellowship hid from Saruman’s black crows, making this an expedition for only the most dedicated Tolkien and Peter Jackson fans. Ask the pilot to show you Dimrill Dale and he’ll know that you mean Mount Olympus and Mount Owen. From the air, you’ll get an eagle’s view of the region’s three national parks – Abel Tasman, Nelson Lakes and Kahurangi – and get to lay your eyes on some of the most stunning landscape you’re ever likely to see. Interestingly, the Nelson Tasman area is where the master goldsmith, Jens Hansen, lives. He was the skilled individual that crafted the 40 different rings used in production. 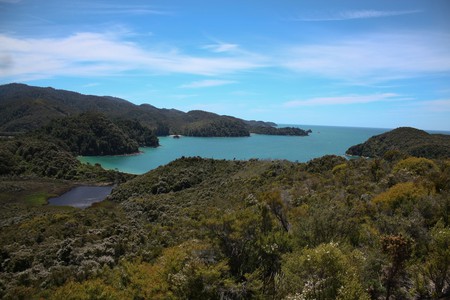 It’s amazing to think that one of the most iconic scenes in the trilogy was shot in Peter Jackson’s backyard in Wellington. Plenty of people must wander the track on which Frodo first encounters the Black Riders and wonder why it’s so familiar. A particular track on Mount Victoria, which is an easy 15-minute stroll from the C.B.D, was where the classic Dolly Zoom camera technique was used in the scene where the four hobbits have to scramble off the road and hide from the menacing lone rider. Wellington is home to Jackson’s film empire in Mirimar, so after strolling the area that was used to depict Hobbiton woodland, take a drive and check out what the geniuses at Weta Workshop are up to.

Used as the Hidden Bay in the second of The Hobbit movies, The Desolation of Smaug, the towering Mount Ruapehu was also utilized extensively during the filming of the Lord of the Rings trilogy. Not only did it double as Mount Doom, it was also where Frodo, Sam and Gollum first gaze down at the Gates of Mordor.

That particular series of shots were actually filmed on the tiny Tukino ski field off State Highway 1 about 22km from Wairou. Tukino is well signposted but be aware this is a gravel road – the shingle is why Jackson chose this particular spot for this particular scene. Another ski field on Mt Ruapehu, Whakapapa was the location of a few Mordor scenes. It is also the location where Frodo and Sam catch Gollum, and where Gollum leads the hobbits to the Emyn Muil. It was also used for the opening scene in The Fellowship of the Ring, where the Isildur cuts Sauron’s finger off. 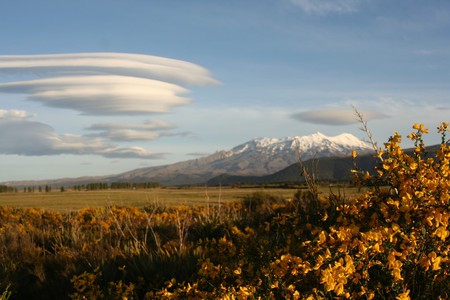 The Southern Lakes is another area of New Zealand that featured heavily in The Lord of the Rings trilogy. This part of the country is where Queenstown is, so you can imagine what sort of spectacular scenery Jackson had to choose from. At the northern end of Lake Wakatipu, from the village of Glenorchy, you can see the north-western slopes of Mount Earnslaw, which featured in the opening sequence of The Two Towers.

If you fancy taking a walk in the woods then why not make the beech forest found on the road to Paradise, in which scenes from Lothlorian were filmed – so keep your eyes peeled for elves. Speaking of elves, on the banks of the River Arrow you will come across the Ford of Bruinen from the first movie. This is where the Ringwraiths were swept away by the enchanted river. 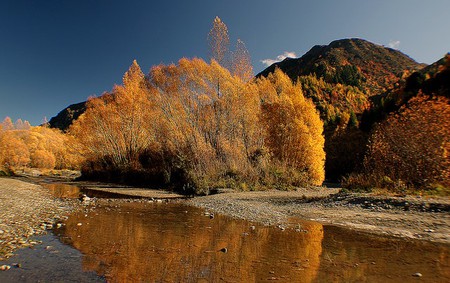 The River Arrow, where the Ringwraiths were swept away | © Bernard Spragg. NZ / Flickr
Give us feedback