8 Artists From Auckland You Should Know 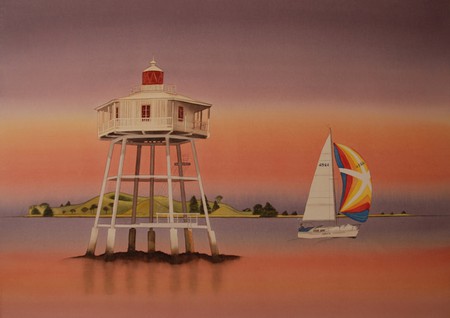 Auckland is the home of many incredibly talented New Zealand artists. Each with their own stylistic touches and sources of inspiration, these contemporary creatives are guaranteed to amaze art lovers from the world over. To give you an idea, here are 8 artists from Auckland everyone needs to know more about.

Daphne Mason has been painting and exhibiting for the past 50 years. The seasoned artist, who will turn 89 this year, began her career in her early thirties, at a time when New Zealand women artists were still a rarity. Her paintings are influenced by her fascination with human interactions, New Zealand’s natural birdlife and landscapes, as well as the interactions between different colours and forms. Throughout her career, which has taken her to the United Kingdom and as well as her north Auckland home, she has also drawn inspiration from artists, writers, composers, and thinkers. Daphne has been a finalist in numerous New Zealand art awards, and to this day continues to embrace bold and confident hues in her abstract and structured artworks.

You can view Daphne’s work on her website and on Saraban Tree – the latter of which contains pieces from various periods of her career. 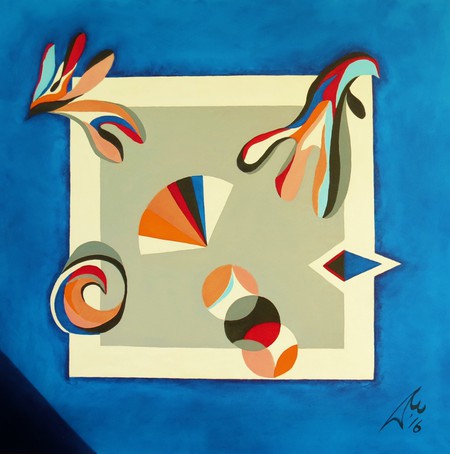 David Quinlan’s passion for art stemmed from his upbringing in Suffolk, in the United Kingdom. After spending his childhood being encouraged by his artistic mother to channel his creativity, David trained as an architect – eventually migrating to New Zealand to continue pursuing in his chosen career path. In 2010, he left the corporate architectural world to set up his Auckland art studio. Since then, David has been diligently creating evocative paintings of New Zealand’s idyllic coastlines and landscapes, as well as a collection of portraits, assorted still life pieces, and limited edition prints.

Arwen Flowers lives and works in Hellensville, Auckland, where she has established her own collaborative art gallery. She graduated with a BFA from the Elam School of Fine Arts in Auckland in 1995, studying photography as well as painting. Auckland’s west coast and the Waitakere Ranges, where she grew up, are among her strongest visual influences – and feature prominently on her recent pieces. Blending realism with a flexible painting style, she takes photographs of various landscapes before transforming them into works of art. Until 2014, Flowers worked exclusively with acrylics. These days, she likes to experiment with oil paints, paying special attention to the vibrancy and different textures that these provide. Flowers works full time as a graphic designer and is a mother of three. She paints during her spare time, mostly on the weekends, and her work has been featured in various exhibitions across the Auckland region.

You can view more of Arwen’s paintings on her website. 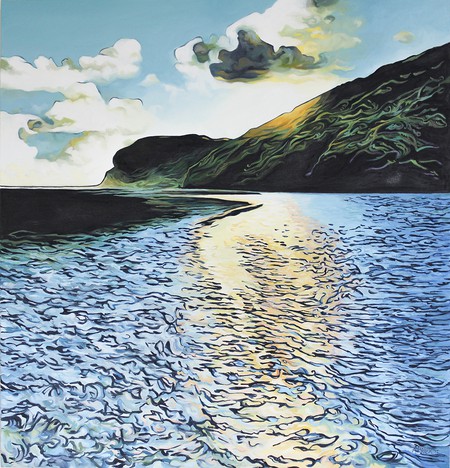 Harold Coop transforms New Zealand and European landscapes into contemporary masterpieces. His work is a culmination of impressionism, expressionism, abstract art and various movements from the past and present. Since his first exhibition in 1959, Harold has held numerous one-man exhibitions in New Zealand, Australia, France, and England. Two of his paintings hang in the Governor-general’s Auckland Residence, and one of his most recent projects was a book of his New Zealand landscape artworks.

Carolyn Judge is an Auckland-based artist who has been a full-time watercolour painter for the past 12 years. Whether capturing an animal, human or force of nature, Carolyn has always made it her goal to paint her chosen subjects without being held back by the complexities of watercolour – in fact, she tries to hone her drawing and painting skills on a daily basis in order to do justice to her chosen medium. She strives to embrace the spontaneous side of this painting style, always experimenting with different techniques, textures and materials. Along with exhibiting her original paintings at various shows and competitions country-wide, Carolyn sells prints in Auckland and has a handful of awards under her belt. Most recently, Carolyn won the Raye Hannam Memorial Trophy for the Best Watercolour at the Auckland Easter Show – the highest accolade for watercolour art in New Zealand.

You can view more of Carolyn’s work on her website.

Craig Primrose is globally-renowned for his portraits, landscape paintings and sporting imagery. He was awarded the Queen’s Medal in 2011 for his contribution to art, and has produced remarkable artworks of international sport stars like tennis great Andre Agassi, and football legend Pelé. Whether capturing natural wonders or the human form, Craig exclusively works with oils on teak and Belgium linen – the only exception being on a recent collection of limited-edition prints.

You can view and learn more about Craig’s artworks on his website.

Daniella Hulme is an established New Zealand artist who incorporates her own Dutch heritage as well as Polynesian influences (especially Samoa and the Cook Islands) into all her artworks. Since 1998, she has exhibited her paintings in New Zealand, Rarotonga, the United States, China, and Italy, as well as being a finalist in various local awards and winning three international accolades. Daniella is renowned for her depictions of Pacific Island culture and nature – especially her vibrant oil paintings of Pacific women. Other prevalent themes in her work include bi-culturalism, the urbanisation of Pacific Island culture in New Zealand, and landscapes and settings of the Pacific Islands.

You can learn more about Daniella’s work on her website.

Originally from Denmark, Gitte Steen decided to study Fine Art after successfully establishing the New Zealand-based tech company Crossware Ltd with her husband in 1999. Taking a break from the startup world, Gitte dedicated some time to attain a BFA from Whitecliffe School of Art and Design in Auckland, later gaining a Master of Fine Art from the same institution. Her art has been influenced by her Copenhagen upbringing (Gitte’s father was a painter) as well as the organic shapes and lines that are characteristic of Scandinavian design conventions.

You can view Gitte’s most recent artworks on her website.